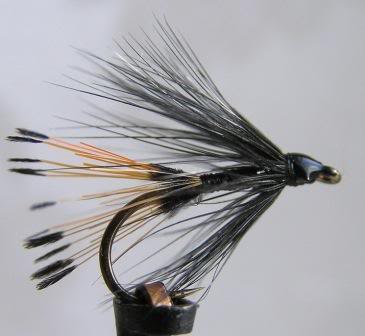 I think it best to get the confession bit over quickly, particularly considering the subject of our column this month. I need to have my soul well and truly cleansed before we embark upon this particular venture. So, here goes.

If you ask any of the folk that I work with regularly, especially Steve or Jeff, they will tell you the same lamentable story. I simply am not at my best in the early mornings. In fact, I can be a wee bit confused and just slightly tetchy. Now, that’s not really a problem if you are fishing with me. By the time that we meet, I shall be a nice person. On the other hand, when we run a course, Steve has to insist that I arrive at Bolton Abbey by 08.45 and Jeff has to travel in the car with me from about 07.30. Both those tasks, I have to admit, must be a bit of a chore. Things might be even worse but for the thought of the stop for hot bacon sandwiches in Pateley Bridge. It beats me how on earth those lads in the shop can be so incredibly cheerful at eight o’clock on a Saturday morning. They are my heroes.

The point is that what some have the temerity to call this flaw in my character, can cause a bit of confusion. Such was the case when I was first introduced to The Reverend Mother.

Malcolm Plant and I were having a chinwag on the river bank fairly early one morning, well, early for me. He was newly returned from the Western Isles and bursting to tell me about the trip “I brought back a Reverend Mother from South Uist,” he suddenly announced. I was a bit taken aback, Malcolm is very liberal in outlook and loves collecting things but I thought this really was going a bit too far. “They are not all that easy to find, even in the Hebrides” he proclaimed, “so I thought it best to grab one whilst I had the opportunity.” I think that my rapidly rising eyebrows were beginning to cause Malcolm some consternation because he quickly tried to pacify me.

“Well what would you have done? I found one lying on the bar in the Lochboisdale Hotel just asking to be picked up”.  By now, the eyebrows were at their upper limit and their companions like saucers.   “Wee Willie, the gillie, said it was OK for me to take her. She’d been in the boat with him all day and was starting to look a bit battered from being dragged through the water. He said I could take her home if I wanted” At this stage, the mental morning mists began to melt away. “Are we talking fishing or kidnap?” I tentatively enquired. “We’re talking flies, you idiot!” and the confused images in my head began to retreat, slowly.  “We used them all the time in the Hebrides, they worked really well. Willie gave me his last one.  I’m thinking of framing her,” Malcolm said.

When I was finally introduced to the said Reverend Lady, neatly framed and mounted, one look was enough to confirm the potential of this fly as a fish-taker. Her pedigree was impeccable too, having been created by the Irish angler, Dan O’Donovan.  She had crossed the Irish Sea, cloaked in a long black hackle with the subtle hint of silver shining through it.

It transpired that Irish Dan had tied the very fly in Malcolm’s frame. He was, apparently visiting South Uist building his reputation both as an angler and a singer and had given wee Willie Gallacher some of his flies. Upon learning of Malcolm’s infatuation with his creation, he had insisted upon tying for him a new, blemish free example of his fly. Which is what one might expect of a Reverend Mother.