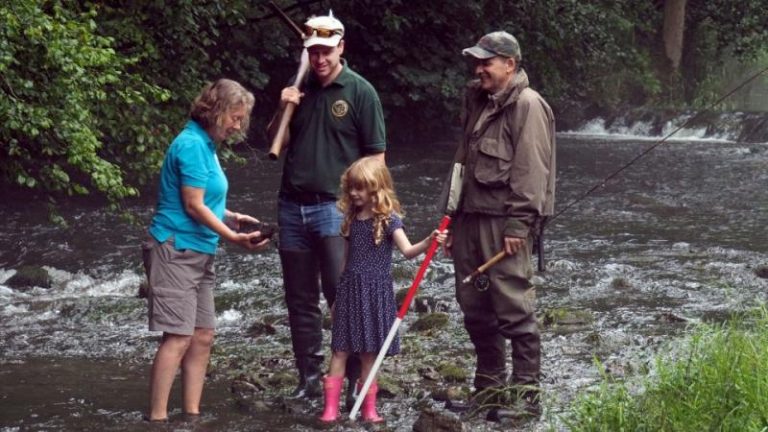 WTT Conservation Officer Tim Jacklin is working on a project to ‘let the Dove flow’ by breaching some of the 100 weirs that were created in the early 20th Century.

The River Dove in Derbyshire forms a key part of Dovedale’s beauty as it meanders through the valley below steep woods and wildflower-rich grassland.

We are working with the National Trust, Natural England, Environment Agency and local fishing clubs to re-naturalise the river, improving the habitat it provides for fish including trout and grayling and birds such as kingfishers and dippers – as well as all the freshwater invertebrates they rely on for food.

Anglers in the early twentieth century built over one hundred weirs across the river to create pools that they could stock with farmed trout. The weirs trap silt, blanketing the gravels on the riverbed that invertebrates like river-flies need, and where trout lay their eggs.

The partnership will work together to slowly breach some of the weirs, restoring the natural, fast flow of the river across the rocks, allowing gravel beds to become exposed and providing places for fish to spawn and invertebrates to live. Large woody debris (fallen trees) will also be carefully secured in the river to create even more habitat by increasing variety in the way the river flows.

The National Trust’s ecologist in the Peak District, Chris Wood, describes the current dammed areas of the river as ‘wet deserts, with no food and no variety for wildlife.’ But the beauty of this project is that it’s not just wildlife that benefits.

The two angling clubs involved prefer nowadays to fish for wild trout rather than stocking the river, so this increases their enjoyment of their pastime. Tim Jacklin of the Wild Trout Trust, says, ‘Catching a domesticated animal that’s been released into a modified artificial environment is nothing compared to the satisfaction of deceiving a cunning wild fish.’

We believe the project will also improve the beauty of the valley for visitors by making the river ‘wilder’ and more natural looking, returning it to the rugged landscape admired by pre-Victorian painters and writers like Izaak Walton.

There’s been a lot of background work to the project. We’ve carried out a full heritage assessment of the weirs so we know which ones are particularly important in terms of the history of the valley – some are associated with old mills, for instance. We’ll only be working on the ones that aren’t significant in this respect. Similarly, the partnership has tested the silt to make sure that it won’t pollute the river once it starts to move, and carried out modelling to ensure none of our work will increase the chance of flooding. 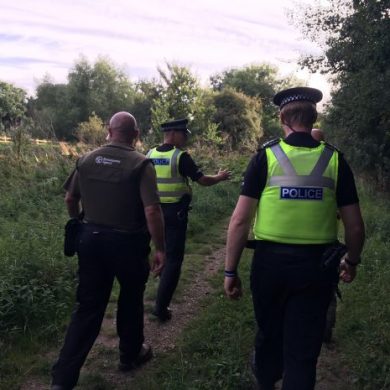