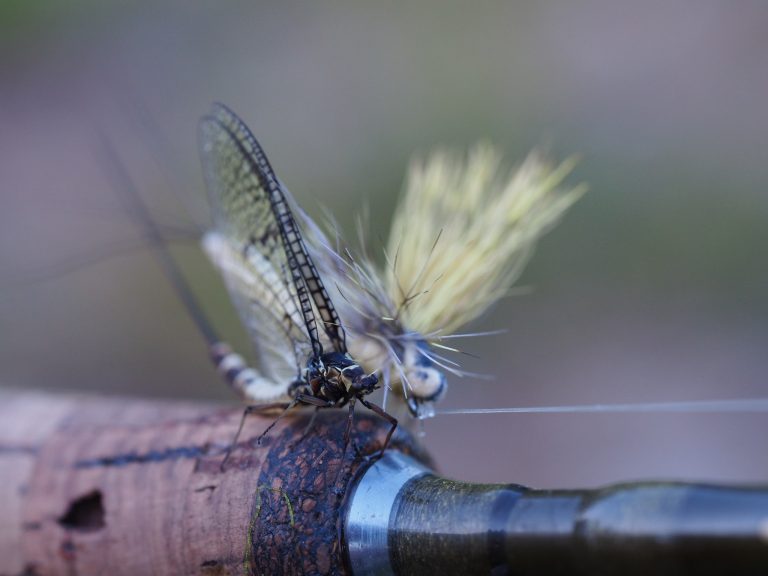 Finally, the wind has turned a 180°, temperatures have soared, and the flood water’s receding.

While I’ve been enjoying targeting bass, the change in conditions has opened up a magical fishing opportunity, one that I look forward to every year. The mayfly hatch.

Mayfly symbolise the very best of dry fly fishing. There are over 50 species in the UK, but it’s those big beautiful cream-coloured trout snacks that really get the fish going. They hatch in mass throughout May and June, creating a feeding opportunity so great even large predatory trout take up feed lines to enjoy the buffet. It’s my favourite time to tempt a belter or two. Mayfly start life hatching into a nymph from a tiny egg, the next year or two is spent feeding on the river bed, before the call to reproduce spurs them on to the next stage of their life.

Trapping air, they rise to the surface emerging into a winged insect (subimago) where they fly to the banks to dry. The mayfly moult again, shedding their dull skins for a golden cream colour (imago). They gather in large swarms to breed, and shortly after die, thus completing the life cycle. Most adult mayfly live little more than a day. Understanding the basic mayfly life cycle helps with choosing the correct fly at the right time of day. My favourite stage of the hatch is probably the spinner fall, when the mayfly, spent after breeding, float down the river in numbers, with trout queuing to mop them up.

HEADING OUT FOR THE EVENING RISE

I arrived at the river around 5.00pm, and sat back watching and waiting for rising trout. The sun was bright and the river quiet. After an hour of observing, a few mayfly began to appear, and the occasional trout would rise. It was time to move into position. I rigged up an 8ft #4wt fly rod with a 16ft leader and tied on a pale Mayfly Dun. I spotted a fish that looked like a fun challenge, feeding under the shelter of a tree, and made a cast. I landed slightly short and received no response, so I covered the fish again with a little more range.

Perfect, a steady confident rise, and I was into my first trout of the evening. Charging for the undercuts and bankside brambles, this was a fish determined to snag me. I kept the pressure on and soon landed the fish, a lovely brown. I spotted a few more fish rising on the river, and quickly banked a couple more, both beautiful little wild browns. The action began to slow as the evening drew colder, so I watched the river for a while to pick my next target. Mayfly action can be amazing. Fish feed so aggressively on them, so providing the leader turns over nicely and there’s no line drag, you can usually secure a take from a rising fish.

As evening drew closer, a few mayfly spinners started to drift past, and with them a few trout took up positions on feed lines. One fish in particular caught my attention, it looked a good size, feeding in a slack eddy. Rising every minute or so for spent mayfly in the swirling back current. I had some mayfly spinner patterns but decided on a Grey Wullf dry to resemble the overall silhouette. I crept closer and closer to the fish, ready to present a cast. Another rise, I counted down, expecting the fish to rise again soon, and placed my cast. The position was great, but fishing across the faster current my line began to drag quickly, putting the fish off as it came to investigate. Another cast and the fish rose, mouthing my fly. I struck prematurely, missing the chance, and the swim went quiet. It looked like a quality fish, so I stopped for ten minutes to let it rebuild confidence, then I would try again.

The fish began to rise again, I prepared to cast. This time, I flicked the body of the fly line upstream with a big mend hoping to counter the faster inside flow. The improved presentation worked. The fish head-and-tailed on the fly like a breaching whale, I paused for a second, then set the hook. An eruption of water as the fish bolted off, tearing upstream. I put the pressure down and turned the fish, but was faced with a new problem as it bolted towards me. Stripping line as fast as I could I managed to maintain some contact, now this was no longer an issue as the fish spotted me and bolted downstream, tearing off metres of line. I was becoming more nervous as the loops of fly line vanished, revealing more of the backing.

At this point I was beginning to win, gaining a little ground, and then losing it in short powerful runs. Eventually, the fish tired enough to glide it towards the net. I landed a very pretty, big, brown trout. Content with my catch, I slipped her back after a quick photograph. I fished on until the rises stopped and banked another quality brown, choosing to head home on a high note. Mayfly season is a crazy time of year, it’s a fortnight late for us, but awesome to see it finally arrive. 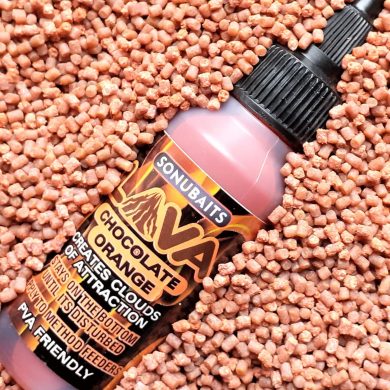