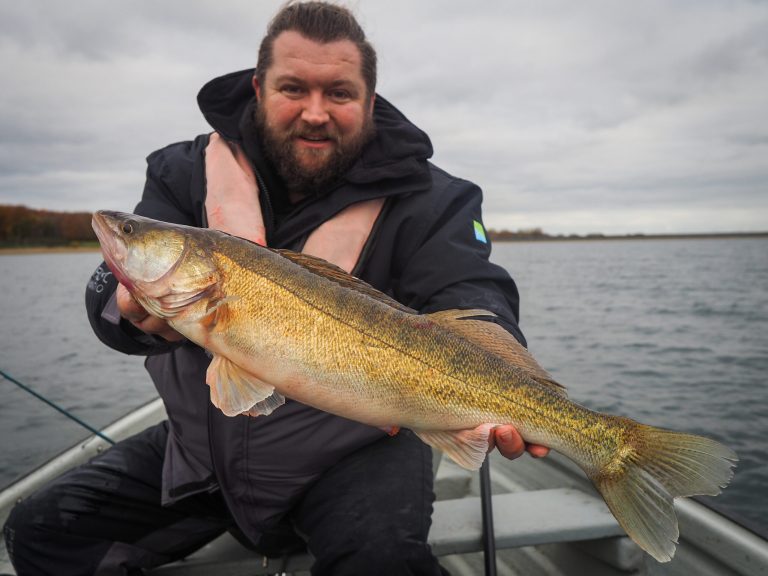 Last week I ended my blog with plans to try something new.

Alex Mason and I decided to team up and enter our first UK lure fishing competition. ‘The Zander Cup’ at Rutland water. A team competition with a longest total length format. No minimum size and one target fish, zander. The goal would be consistency and efficiency. Catching non-stop would be the key to placing high in the ranks, and with some incredibly skilled anglers competing it would be a true challenge. Alex has fly and lure fished the reservoirs for years, while I’ve fished Rutland just once before. Both of us are new to competitive angling and had planned to have at least one practice session before the competition. Unfortunately, with busy schedules that didn’t happen. We were going in blind!

I arrived at Alex’s the night before the comp to rig the rods, pack the gear, and scoff a 12 inch pizza, ready for an 8.00am meet at the lodge. Morning came, we arrived to a busy car park, full of keen zander anglers itching to get fishing. After a briefing, loading boats, and a quick social, 52 anglers / 26 boats motored off to the start line. We followed shortly after, once I figured out how to start the engine. Go! We all took off at a top speed of about 4mph to our chosen spots. After 10 minutes or so we arrived, setting up for our first drift of the day, and realized we hadn’t attached lures yet. Alex rigged up with a 4 inch fluke, while I tied on a smaller 7 cms shad.

We threw the drogue overboard and began our drift, surrounded by many other boats, this must have been a hot area during pre-fishing. Within moments Alex was in, boating the first fish of the day. A quick photo on the measure and release. Woohoo! we were on the board. I quickly matched his lure, boating another just as Alex hooked in to a zander, finishing the first drift with four fish. We re-positioned for drift two and soon landed another four small zander.

Repositioning for drift three, we were coming to the end of the first hour, as more boats gathered on the productive zone things began to change. Over the next few drifts we managed just one fish and some very finicky bites. Watching others battling through similar problems, Alex and I agreed on a decision to move, seeking out fish in a less pressured area of the lake.

I used the chart on my Lowrance FS9 to pick out likely contours in the lake bed, which would hold fish, then we scanned over the areas with live sonar to look for signs of life. My hunch proved correct, we found a concentration of fish hanging around a very small drop-off. I set some way points and we set up for our first drift in the new area.

This time Alex fished with his proven lure, while I switched back to the small paddle tail. Bang! As the lure hit the deck, Alex set the hooks on a better zander at 66cms. I followed shortly with a 55. We continued on, catching a better stamp of fish until the lunch report came in. We were just two fish from third place with a larger gap for second and mammoth task for first. Ryan Dolby and Jim Starr were just a metre behind, then the gap was vast.

We knew we would need eight fish an hour to the boat to secure a podium finish. A tough call had to be made. We had managed that in the first spot before the bites died. In spot two, however, we were boating four-five per hour and creeping up the leader board. Do we stay or do we go? A decision that could help or haunt us…

We decided to stay, hoping we would make up the difference with a better average stamp of fish. We continued fishing hard for the next two hours, doubling up at times, certain we were secure for fourth, hopeful to creep into third. Suddenly! Disaster struck! A competition angler’s worst nightmare. While lifting a 50cm+ zander from the net to measure, Alex got spiked, dropping the fish back into the water. Realisation hit us and Alex was kicking himself, it happens and we soon laughed it off, joking about a 50cm gap for third.

I myself had cost us a few important fish. While measuring and submitting the catches, I had a tremendous take, setting the hook with my left hand I was nervous through the fight. A heavy fish was on the line, thumping through the rod. I tried hard to keep the pressure on, yet everything went slack. Painful! The size and frequency of our catches began to reduce in spot two. We decided to gamble, heading to a final area Alex has fished in the past.

Time for one last drift. Immediately after throwing the drogue Alex was in and so was I, two fish close to the 50cm mark. As the minutes counted down we managed one more before heading back to the jetty with five minutes to spare. Idiots! We had arrived back at the jetty for 3.45pm, mistaking that for beat return, when in fact it was the end of submissions. We laughed it off, knowing we could have had another drift in the productive area. At the same time exhausted, relieved to be done for the day.

The reports came in, and the guys in the top three had fished exceptionally well with a secure lead. It was now a battle for 4th 5th and 6th.  We finished in 5th place, 84cms or two fish behind 4th and with the guys in 6th just 18cm behind us, who captured the biggest zander of the day. Alex and I were thrilled with 5th on our first competition against seasoned competition anglers. We will definitely try again soon.

Congratulations to the comp winners. 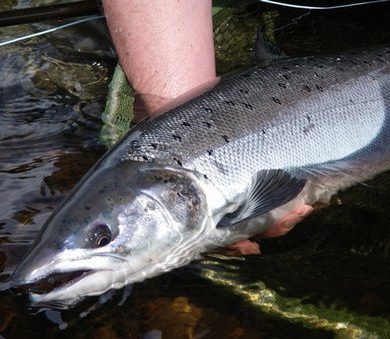 Angling Trust Urges Anglers to Respond to Consultation to End Unsustainable Salmon Netting
This website uses cookies to improve your experience. We'll assume you're ok with this, but you can opt-out if you wish.Accept Reject Read More
Cookies Policy