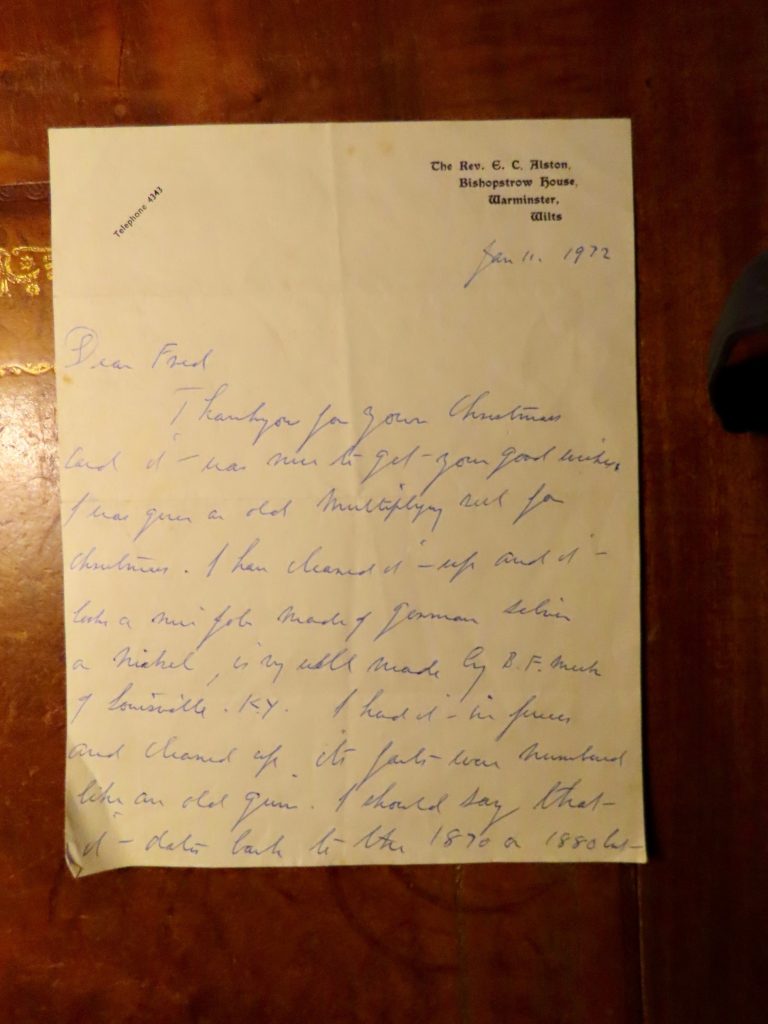 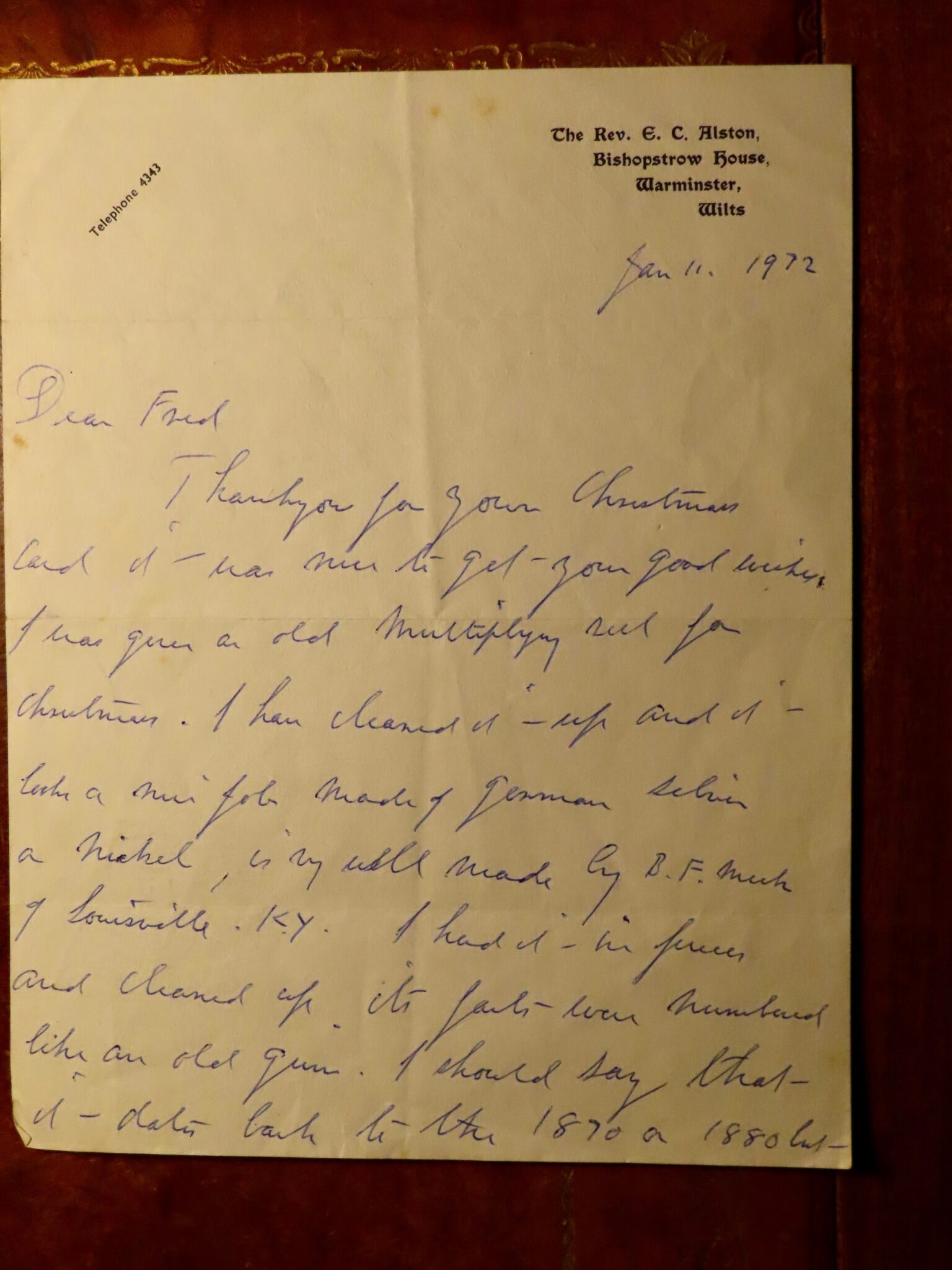 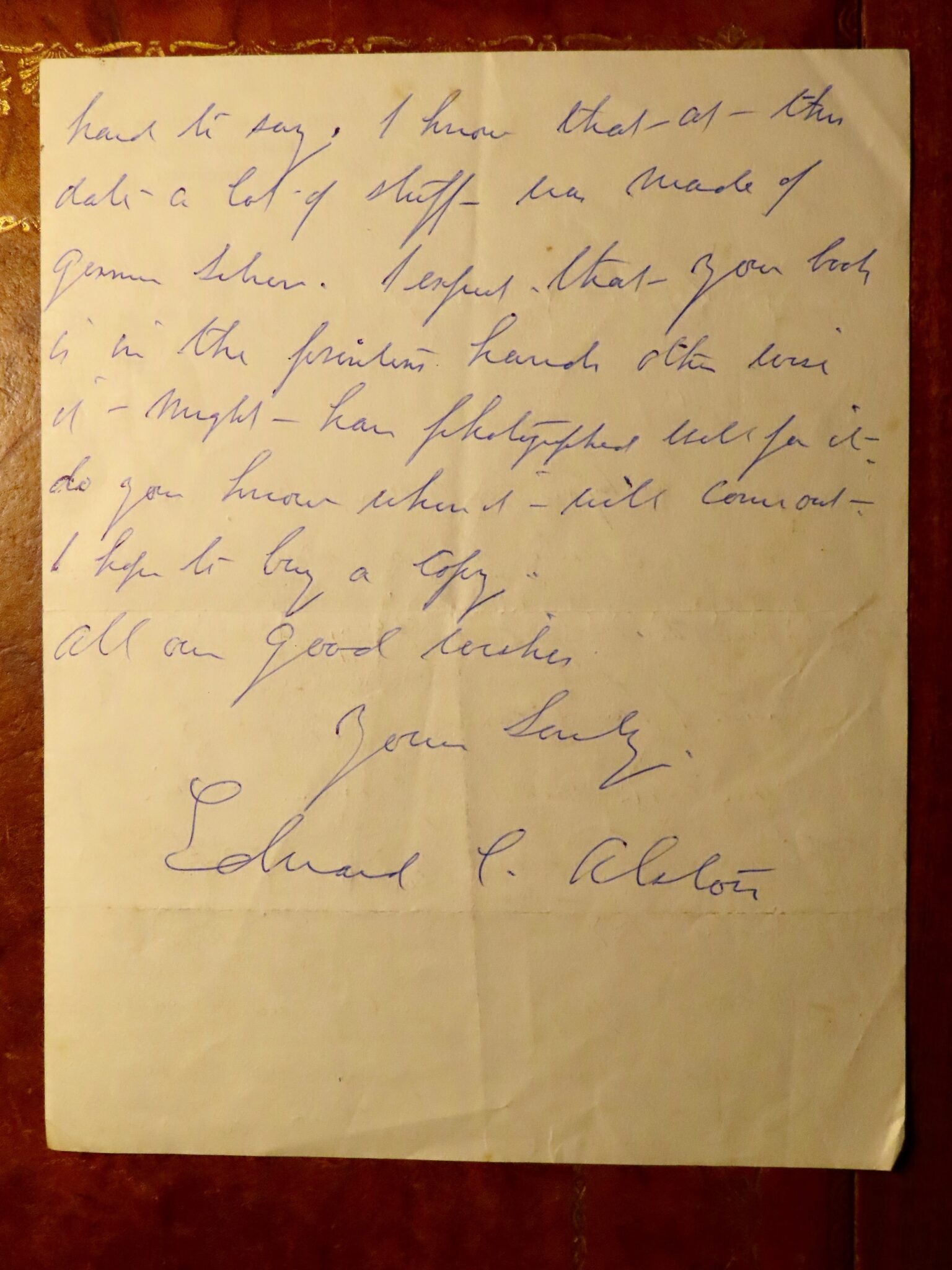 Edward Alston is now safely ensconced in Warminster, and on good enough terms to start the letter “Fred”. (Though he appears to go back to the more formal “Mr Buller” on the 14th of the month.)

The handwriting is becoming more familiar, and I am able to deduce that Edward was given a German silver and nickel multiplier reel for Christmas. He cleaned it up and writes that it was American.

I could not deduce the makers’ name from the handwriting but thankfully, our tackle guru John Stephenson could, and helpfully goes on to give us chapter and verse on these reel-making brothers. His history of the reel follows this piece. Thank you hugely, John.

My only other question is this. Edward offers Fred the chance to photograph the reel, and I have an inkling I have seen an image of it somewhere. Or have I imagined this?

They also made Meeks-made reels in larger sizes to include reels for striped bass and muskie fishing, as well as a line of larger tarpon and tuna reels.

B. F. Meek moved to Louisville, and the markings on their reels reflect this change from Frankfort to Louisville. Later Meek reels were mass-produced and had “BLUEGRASS REEL WORKS” or “BLUEGRASS” stamped on them, often along with the “B.F. MEEK” stamp.

Meek also made a German silver fly reel which was stamped “B.F. Meek & Sons No. 44”. 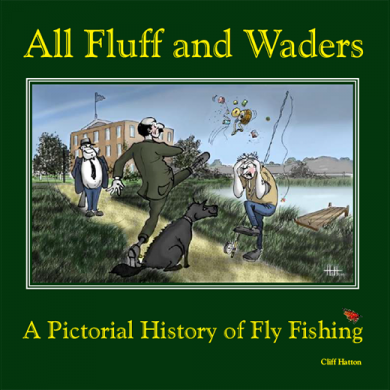