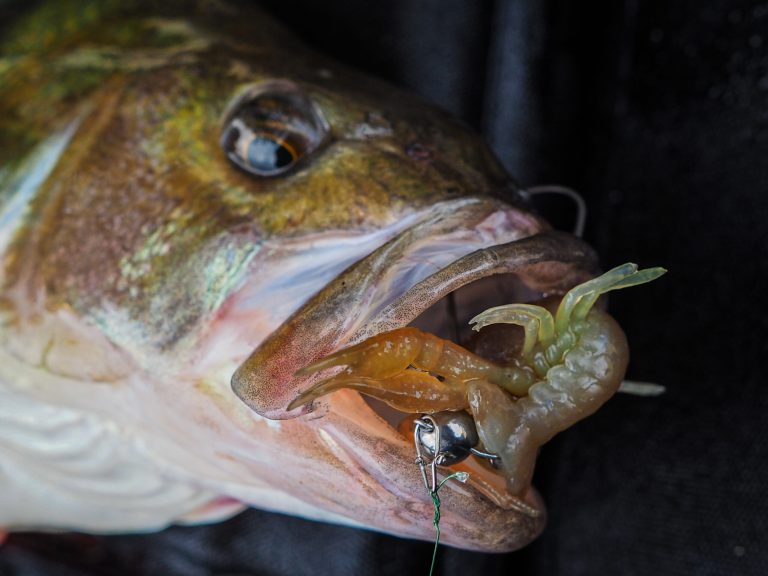 After weeks of referring to my top catchers as “prototype” or “test lure” we have a release date! I can finally reveal some of the latest lures Savage Gear are releasing at the end of January. Although much of my perch fishing is done with larger shads, creature baits and hard lures, when the going’s tough there’s one tactic that stands tall as a consistent catcher. Ned Rigging. Small buoyant in-their-face lures that often prove irresistible to lethargic predators. There’s a big range of finesse perch and ned lures coming out in 2022. This week I’ll cover the first two to be released and how I fish with the ned rig.

When it comes to ned rigging, two profiles stand out as the most popular, creature baits and stick baits. These are the two profiles I’ll cover this week. The first lure to be launched is the Ned Craw. A super-realistic crayfish imitation, perfectly proportioned to mimic a juvenile signal cray. The Ned Craw is buoyant and made out of a stretchy tough duratech material. Perfect for weedless rigging, dropshot and ned heads.

The next profile is a stick bait with a twist. Stick baits fish well on all kinds of rigging, but paired with a ned head they’re deadly. Standing bolt upright, subtle twitches and movements of the rod tip bring them to life. The Ned Salamander has a newt-like profile and segmented body, giving it superior movement and durability. Made out of duratech, this one has been a winner on the toughest days.

Fishing with ned style lures is simple. They’re super-effective, and easy to come to terms with the basics. Fished with fine braids, fluorocarbon and light weights it’s most effective. Fine wire traces don’t cause too many issues, I pick up some great pike with this method. I pair my ned lures with the lightest ned heads possible, usually around 2-3g, for my fishing. A slow drop to the deck, then I focus on micro-movement, small hops and wobbles of the rod tip to impart action with long static pauses.

Due to the stand-up nature and low weight resistance of ned lures, it’s not uncommon to pick up fish 10-20 seconds into a pause. Essentially hop or wobble, then pause, repeat. Simple! If fish are active you can retrieve in the water column, or even fish them on the dropshot to great effect. The buoyant nature of ned baits means you can pause them static on the dropshot, suspending perfectly at your chosen depth.

Light tippy rods perform best for ned fishing. BFS baitcasting combos are preferred by many anglers, superior control and an improved ability to skip the lure under structure and bushes pair perfectly with this tactic. However, if you don’t want to break the bank, or want a little more versatility, spinning combos are just fine. I like a rod in the 1-8g or 2-10g casting range, something relatively short, 6ft 6ins or 7ft. I’d pair it with a 1000 reel, loaded with 6-10lb braid. I prefer a relatively soft tip on my ned combos so it can twitch and wobble freely, and which the fish can pull back against on the take with minimal resistance. The set-up I use for my ned fishing is the 2-10g Custom UL and 1000 SG6 reel.

I set out this week with the plan to film a creature bait tutorial video. Of course, before getting to work I had to squeeze in a morning’s fishing. I knew the conditions would be tough, a sudden change in temperature and air pressure would put the perch into lockdown. A great scenario for ned baits. First order of the day would be to shoot to a prolific area and try to finesse fish a perch or two.

After about an hour trying with various tactics and no action it was time to skip to plan B. Plan B would be to spend the next hour covering large areas of water, feature and structure, anywhere a dormant fish may be lying in shelter. I rigged up a Ned Craw on a 3g ned head and began. I cast in tight to snags and likely areas, pausing for a while before adding a few bounces and then pausing again. Covering ground, moving from spot to spot, meticulously working each structure a few feet at a time. I placed a cast tight to a root system, felt the lure down, and paused.

Hop, hop, pause, bang! A fish picked up the static lure, slamming the rod tip around. I set the hook, initially thinking it was a small perch… Then it woke up! Powerful lunges as the fish drew closer to me, trying hard to return to its shelter. I kept the pressure on and readied the net. Landing a beautiful, perfectly conditioned perch in the low–mid 2s, success! I fished on for a final hour, banking a few more smaller perch before setting off to work. A tough morning’s fishing, made easy with finesse ned tactics.

Next week I plan on continuing my zander hunt, hopeful of a quality Z or two.

Dear readers, I wish you all a Merry Christmas, best of luck if you manage a fishing session or two over the holidays. 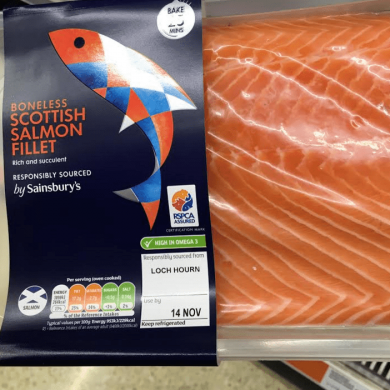