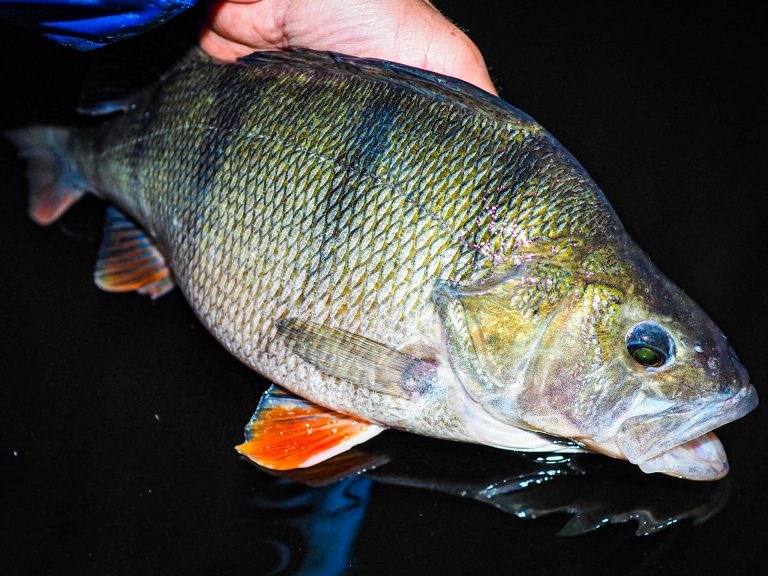 Another session with difficult predator fishing conditions, high pressure, gin-clear water, and not a cloud in the sky. I loaded up the boat mid-morning, fully aware that the day would be challenging. However, this time I’d packed my new toy. Earlier in the year I received delivery of a Lowrance ActiveTarget™ unit. It’s sonar taken to the next level, with Forward, Down and Scout™ imaging, displayed in real time. It’s taken a few weeks of practice to learn how to use it to full advantage. What I thought would simply be an edge, has changed my perspective on fish behaviour completely.

I’ve used side and down imaging for a few years to quickly understand venues, and even at times locate, target, and catch specific fish. Regular sonar shows you history and features, which is a handy tool in itself. To see fish before you’ve passed them, and physically watch how they behave and respond is new to me. So after half an hour setting up the tech, I set off to pick up Sasha for a promised day on the water.

Creeping down the river with the stealth of an electric engine we soon spotted our first active targets, a pod of pike. Although we often consider pike to be solitary hunters, in harsh conditions they will often shoal. In this case it was a group of around half a dozen quality fish holding in and around the structure of a fallen tree, in a shadowy portion of the river. An easy catch, right? I decided to fish smaller lures in the 7-10cm range, casting gently past the fish and dropping it in their line of sight before beginning a typical retrieve.

What followed was frustrating! For around fifteen minutes I covered fish. Specifically pinpointing them with the Live Sonar. Several lure changes and varied retrieves still yielded no takes. I watched as fish backed away from the lure, followed it, and even pushed tighter to cover, before eventually moving off to try for the intended target, perch.

Next we arrived in an area with plenty of small baitfish and structure. I didn’t spot any predators, but with features like that it would be daft not to try. Expecting fish to be hard on the deck amongst debris, I rigged up with a Savage Ned Craw, while Sasha used a Green Pumpkin Z-Man TRD. We covered opposite ends of the boat, working the lures over the structure.

Suddenly, I turned round to the sound of a clicking drag, and Sasha was in! Her 1-5g dropshot rod appeared under-gunned, bent double on what I could only assume was a pike. I caught a glimpse of striped flank deep below, magnified to what looked like a mammoth perch. Freaking out in the moment, I dived for the net, shouting ‘perch’ to Sasha, now shaking with excitement. Moments later it broke the surface, and I wasted no time in netting a great fish, one of her biggest this season. A lovely 40cms+ mid-two.

After releasing Sasha’s fantastic perch, another ten minutes in the swim, and a quick coffee break, it was time to go back on the hunt. We soon found a mixed shoal of bream and silvers, with what appeared to be a group of three large nomadic perch, hunkered down in structure. While it’s near impossible to tell a 2-3lb skimmer and 2lb perch apart, the behaviour is a big giveaway.

For the next twenty minutes I covered the fish with everything in the box. Creature baits, crankbaits, shads, ned rigs, etc, all with little to no response. I decided to switch to a larger 9.5cm suspending jerkbait, running it slow, close to the bottom with tight twitches and pauses. I didn’t need the sonar to spot a big perch, which followed the lure up, stopping a foot beneath the surface. Damn, so close. After spooking that fish I decided to move on and return closer to dusk.

The rest of the afternoon produced a few pike to a mix of lures. Finally, as the light levels began to drop, it was time to return to the perch. The fish had moved from their daytime holding spots, using the Live Imaging I located the roach and bream. I guessed the perch would be nearby.

Having had a follow on a jerkbait, and the light fading away, I rigged up a fire tiger crankbait and began to cover water. Working the lure close to the bottom, I felt a faint tap! The rod bent as I continued to wind, the weight built up, and then began to move. Headshakes followed with clicking drag. The fish tried to stay deep, each thumping head-shake threatening to shake loose the 15g crankbait. The softer action of my hardbait combo absorbed the lunges and another quality perch hit the net.

Now fully dark it was time to head in. Success at last on a tough day. The ActiveTarget™ Live Sonar really showed why you shouldn’t write a venue off on the first try. When winter perching the margins to achieve a bite in tough conditions can be slim. Lure choice or simply time of day, maybe both are a factor in catching fish. Would I have made the same decisions without the tech, like in past years?

I may have never returned to that spot, or tried as many lures through it, I may have moved on and found a more productive area, or struggled. Hopefully, armed with new technology I can gain a greater understanding than ever before.

Start typing to see results or hit ESC to close
salmon fly fishing chub roach pike
See all results
More Stories
Simms to Sell Direct to Anglers
This website uses cookies to improve your experience. We'll assume you're ok with this, but you can opt-out if you wish.Accept Reject Read More
Cookies Policy