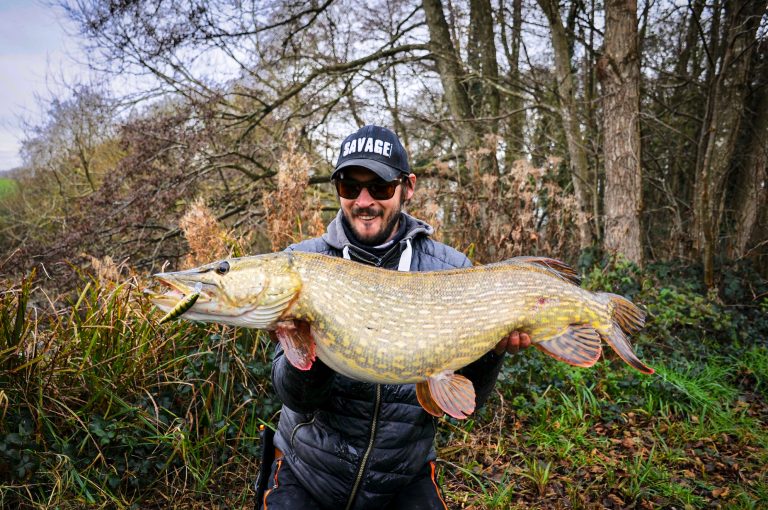 This beautiful pike fell for a small twitch bait. An awesome moment shared on the bank with John Bailey
Robbie Northman

I started writing these blogs while in full perch fishing mode. When perch fishing’s good it’s hard to step away from them. However, met with flooding and freezing conditions earlier in the winter, I turned my attention to pike. It turned out to be an amazing winter with numerous 20lb+ specimens banked and plenty of back-up doubles. I try and make time for pike each winter. Living in Broadland I have some amazing water to go at. Big lures dominate my early season fishing, but when conditions get cold I’ve found up-scaled perch tactics to be an absolute winner. Every season brings new challenges, and this one was no different, so let’s break down the winter’s action.

I start my season’s pike fishing around October. People are more conscious than ever about pike fishing in the warm months. While in many deep, cold waters there may not be an issue, we have a unique set-up on the Broads. The rivers aren’t particularly deep, and vast areas of shallow broads and wetland can cause the system to reach very high temperatures. As autumn hits, the water cools quite rapidly, giving us a great opportunity to fish with really big lures. At times scaling down gets the bite, but for the most part the best early season action is had with large lures. My typical early selection is made up of 20-30cm lures, one of my favourite patterns being the Savage Gear Burbot. Worked along decaying weed beds and treelines, takes can be aggressive and explosive. Fish will often chase, engulfing the lure at the boat. It’s as exciting as pike fishing gets. Casting to cover and ripping it back fast. Swimbaits and big jerkbaits can be amazing fun too. Sometimes a little topwater action can get the blood really pumping. This exciting style of fishing usually carries on through to mid-December. Heavy rain and huge temperature drops mixed it up this year, sending the fish into winter behaviour early.

Midwinter on the Broads has often driven me mad. While on many venues pike will readily take big lures year round, I find it’s a finesse game here. Through December and January I can locate fish and target them with large lures, and I will often be tempting the odd one, but switching to up-scaled perch tactics like large creature baits, 10cm shads and curl tails often produces much bigger catches. Year after year the small, slower lures have put the best pike on the bank during cold months. At times, I will work the lures painfully slowly, hopping a few inches and pausing. Takes are often delicate. A light tap, and mayhem breaks loose on light tackle. During these months I often watch other perch anglers tame big pike that have fallen foul to tiny lures. One guess is that during this point of their winter migration, they have reached a sustainable weight, and are content feeding on easy targets. Prey like roach and bream fry, densely shoaled in slacks and calm areas.

Towards the end of January everything came together. The pike were extremely active, and witnessing brief outbursts of scattering baitfish became a regular occurrence. The hard lures came into play. Using light rods with strong braid to jerk small twitch baits became my go-to approach for pike and perch. It was a universal tactic, which really performed outstandingly for both species. That twitch, twitch, stop retrieve worked most sessions when I found active fish. The technique put a few 20s on the boat and my best fish of the season. I also found success on other styles of hard lure during that period. Small soft plastics still continued to produce fish on the more difficult days.

The final month of the season proved the most challenging for me. I became preoccupied with perch and lost touch. The pike on the Broads are known to migrate throughout the season, often covering large distances closer to spawning time. I spent time targeting my February & March locations, but the timing seemed off. The action was great, catching good numbers of small pike, with the odd double thrown in, but the larger ones eluded me. Once again, it was a mix of hard lures and small soft plastics which tempted the majority of fish. I spent some time using larger 15cm and 20cm paddle tails, usually a go-to at that time of year. The larger lures paid off when I hooked up with a big fish, unfortunately lost on a big run. A few back-up mid-doubles ended the season nicely, alongside quality perch. I even found time to film a couple of sessions, capturing some carnage as a nice pike grabbed my perch lure on light kit.

To sum it up, the season’s pike fishing was a success. Travel restrictions meant I spent much more time on my local waters. I took the opportunity to build a far deeper understanding of the fishing here.

Now, having had a few weeks of downtime, I’m thinking forward to my next set of predatory targets, which I’ll write about soon. 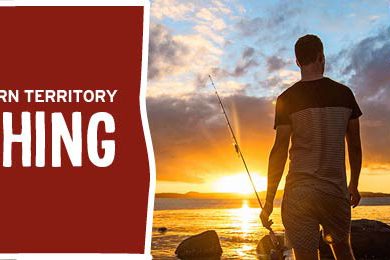