Anglers have a unique opportunity to meet Jeremy Wade, John Bailey and the pioneering anglers who “rediscovered” mahseer fishing in the 1970s at an event in April.

The Mahseer Trust, the charity leading the fight to conserve and protect mahseer,  is organising a two-day conference where those attending will also be able to hear about the Transworld Fishing Team’s incredible 1970s journey by Land-Rover all the way to India to see if mahseer still existed.

Jeremy Wade’s exciting book Somewhere Down the Crazy River played a key role in popularising the species, while John Bailey’s film and book Casting for Gold is still one of the classics on the golden mahseer of the Himalaya. Both will be talking about their experiences of trying to catch these iconic fish. 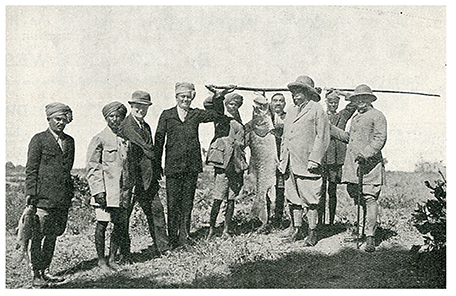 Those attending the conference will also have the chance to hear about places where anglers can still catch big mahseer, and the pioneering scientific work that the Mahseer Trust is doing in India and elsewhere to protect these fish.

The conference takes place at Caer Beris Manor, Builth Wells, mid-Wales on April 29 and 30. The hotel is run by Peter Smith, an avid angler who ran his own company, Mahseer Magic, taking anglers to India before an angling ban was imposed on the world-famous reaches of the Cauvery River in Karnataka.

Peter (who helped Chris Yates to catch his first 20lb carp) has some unique footage on catching ultra-large mahseer, including fish over 100lb, that he will be showing as part of this exciting programme of events.

Trust chairman Keith Elliott said: “I expect the weekend will be a sellout. As well as the chance to meet and hear talks by some of the pioneering mahseer anglers, we hope to have some unique footage and a cast of a 92lb fish that the Transworld team caught.”

“It seems that almost everyone who has been mahseer fishing would like the chance to go again. We’ll be telling people where they can still catch these wonderful fish.” 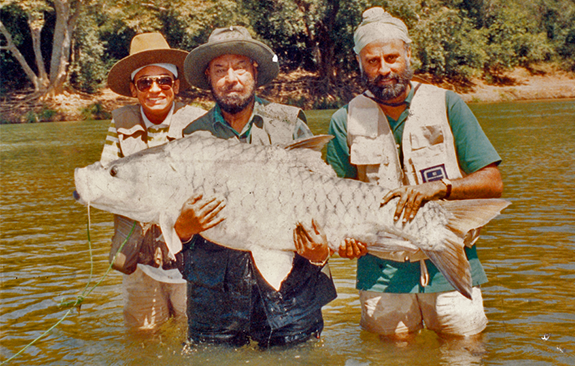 New research conducted by the Mahseer Trust and Bournemouth University has shown the hump-backed mahseer, the largest of all mahseer specie and growing to well over 100lb, is now critically endangered. Earlier this year, the Mahseer Trust launched an initiative called Kaveri Mission, coordinating an interstate effort to save this legendary fish from extinction.

Anglers can also join the charity at www.mahseertrust.org.

For any further information, information, contact the Mahseer Trust or Keith Elliott at 01480 494142, email keith@classicangling.net .