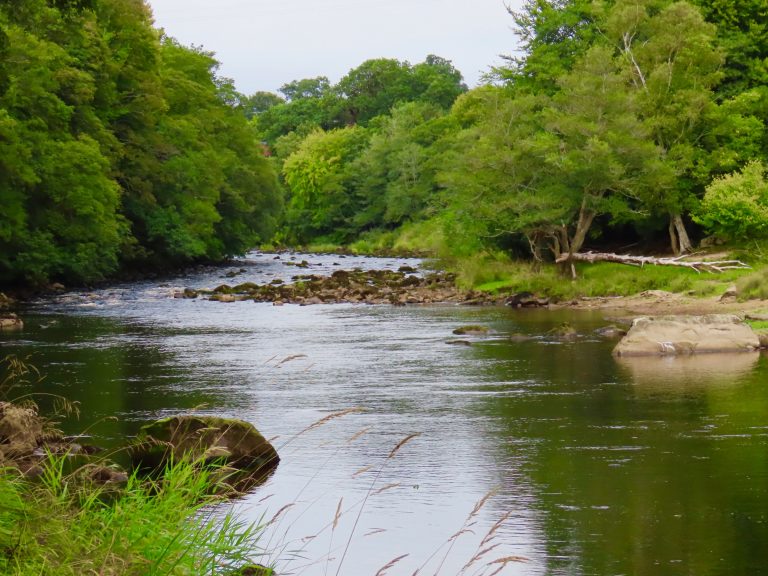 My Journey North… On to the Tyne 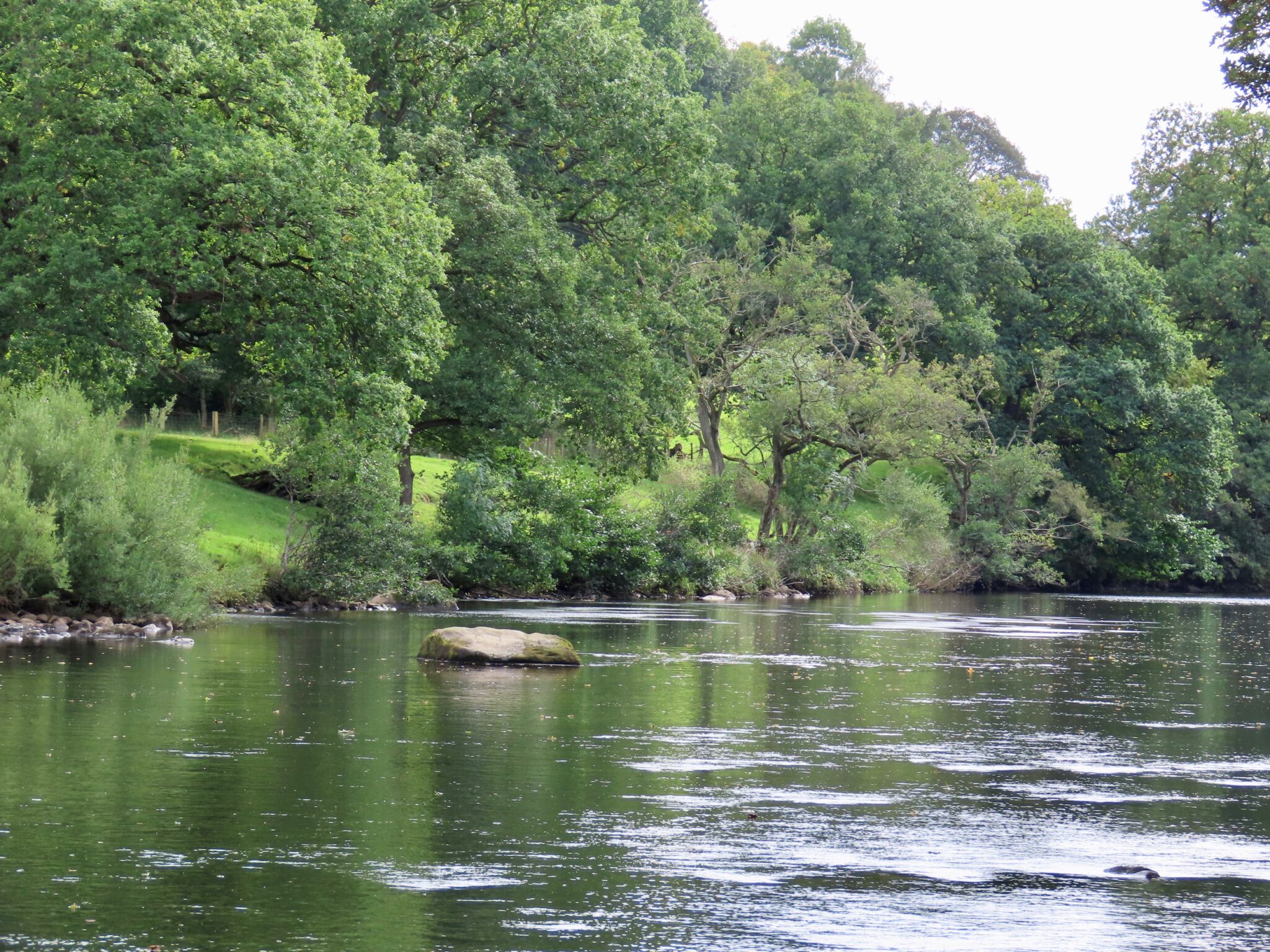 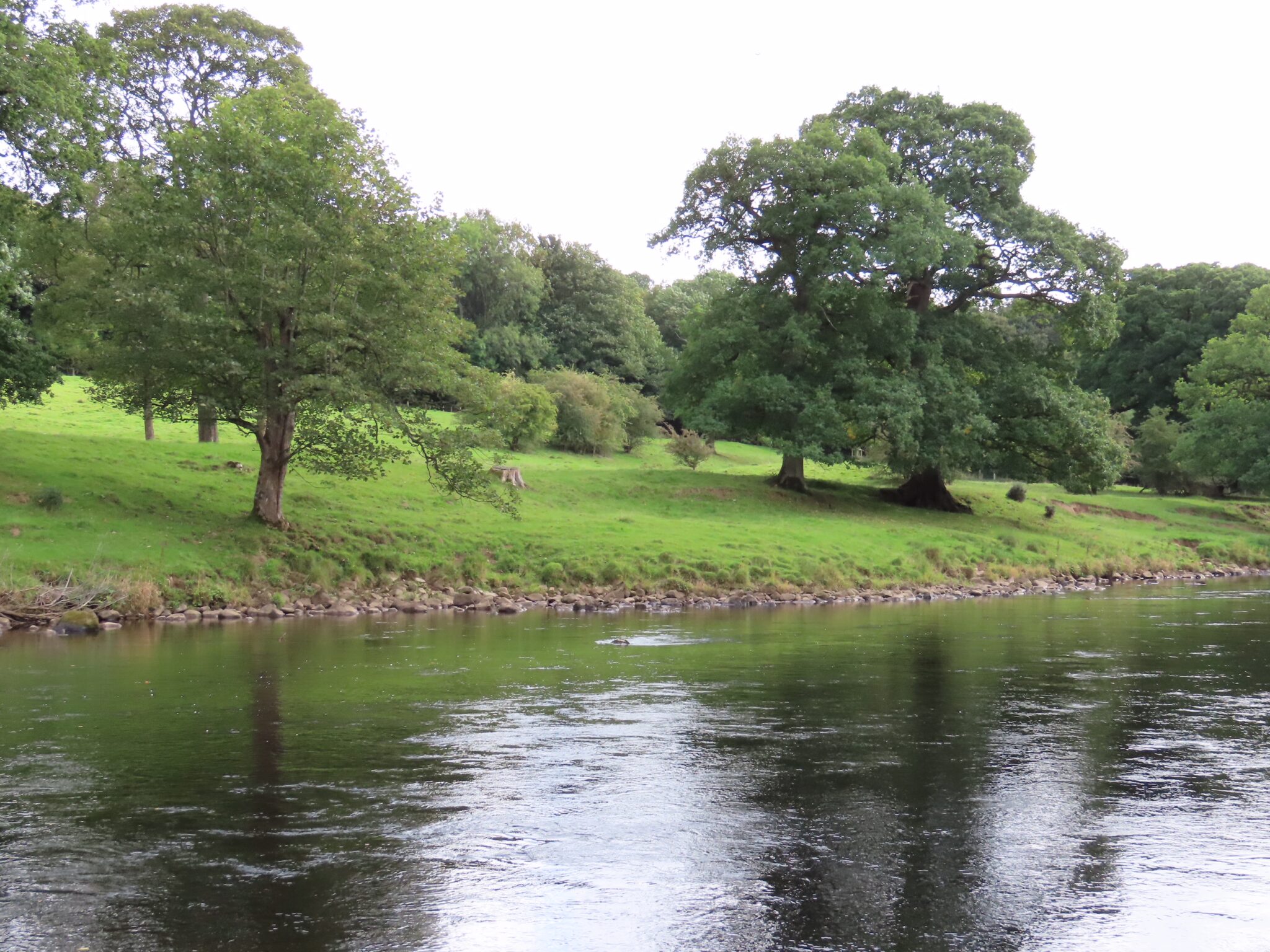 Once again, thank you indeed to those who have commented on my time on the Eden, and yesterday I made it North East to the Tyne.

I left Melmerby before dawn and crossed the hills towards Hexham, the Northern Pennines I’m presuming.

At height, the clouds closed in with sheets of rain and strong winds, but as I dropped down towards Warden the temperatures rose appreciably and the skies lightened. Nicer fishing I thought, but perhaps not in terms of results.

What a cracking chap Andrew Jackson is, eh? All the day produced was a nip to a fly and a fish nicked for a second, but who cares when you can talk salmon for a day with a man who knows them as well as he does his twin brother?

We fished ‘The Folly’ and ‘Thistle Rigg’, alternating between the two of them, and apart from a period mid-afternoon, fish showed throughout.

Andrew suggested there could be forty or fifty fish there, and I wouldn’t disagree. Plenty of salmon, barely a take, and like all anglers forever we debated why?

The heavy rain that morning up on the moor tops? Should I have been out early, very early? Isn’t first light better than any type of light, including last light?

We know that this has been as dry a year as anyone can remember, and that every river is on its uppers, but at least the Tyne has the Kielder releases.

Judging by the water mark on the bankside stones, the water had been up a few inches before dropping away again. Had that brief flush brought new fish into the pools?

Andrew suggested that fish were moving up and down the pools, and whilst some salmon could have been lying doggo, not all were doing that.

I guess that through the day well in excess of fifty fish, perhaps double that, showed and from those I saw close, I’m fairly happy many of those sightings were produced by the same fish.

One double figure salmon looked quite recognisable, and I am sure I watched him/her come out three times in five minutes with several yards between jumps.

Seeing fish keeps you keen and keeps you fishing, but how do you engineer a take in low water like this, especially remembering that these fish will in all probability have been fished for?

Something big and flashy, like a Sunray, pulled back fast?

Giving the fly extra life on the retrieve?

Sink tips or more – didn’t Falkus recommend a sinking line with tiny flies in barebones rivers like these?

Work, and then rework a pool with a different fly?

Or is it as so many say… right place, right time, right fly, and bingo?

Did I enjoy it?

Great companion. Kingfishers all over the place. Glorious pools. Salmon sploshing everywhere. It broke my heart to leave.