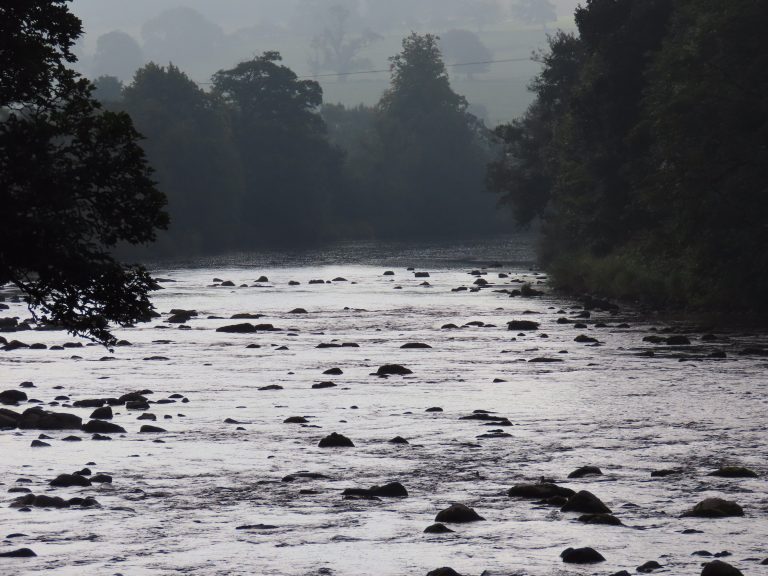 My Journey North… Another Day on the Tyne 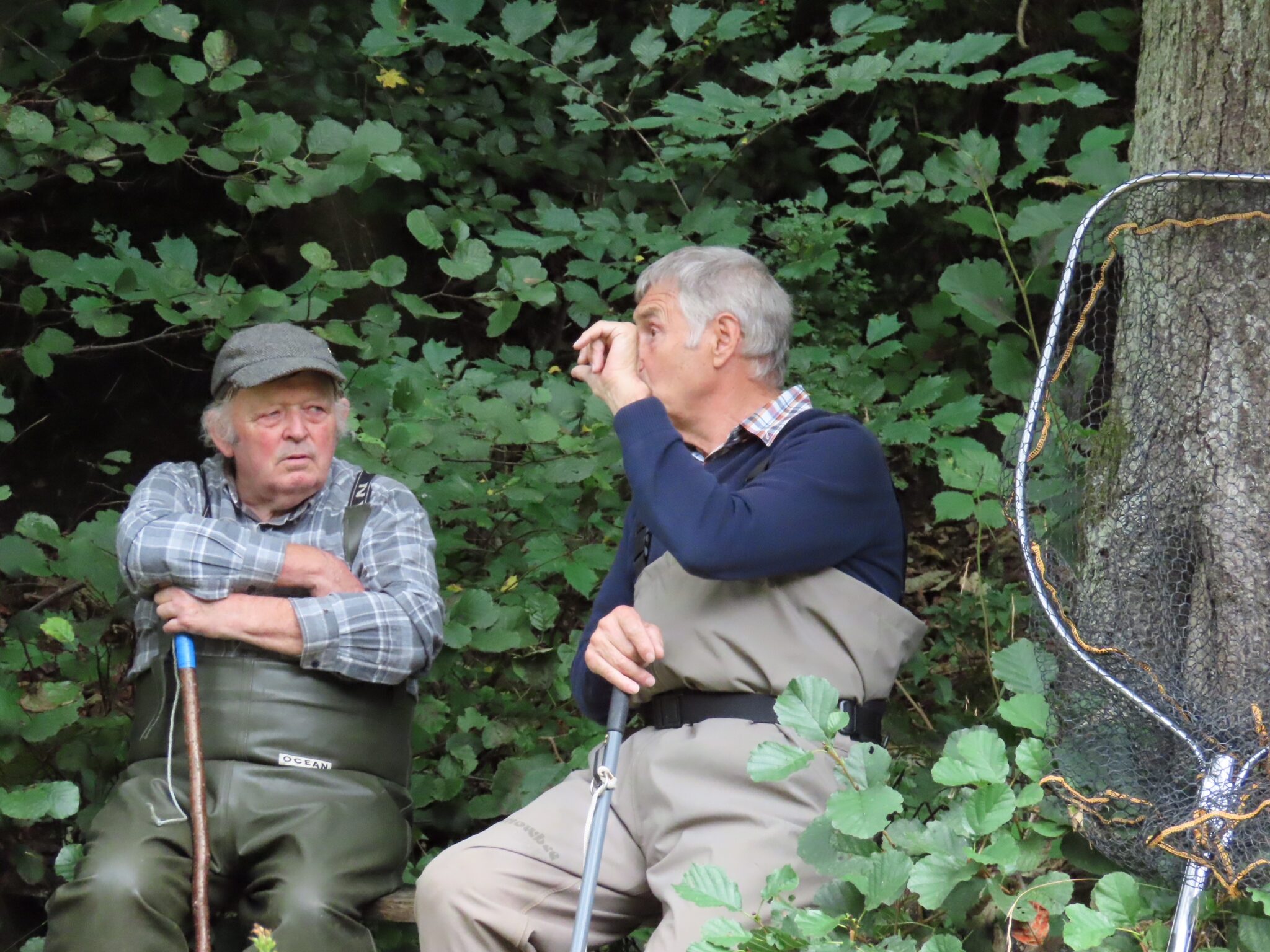 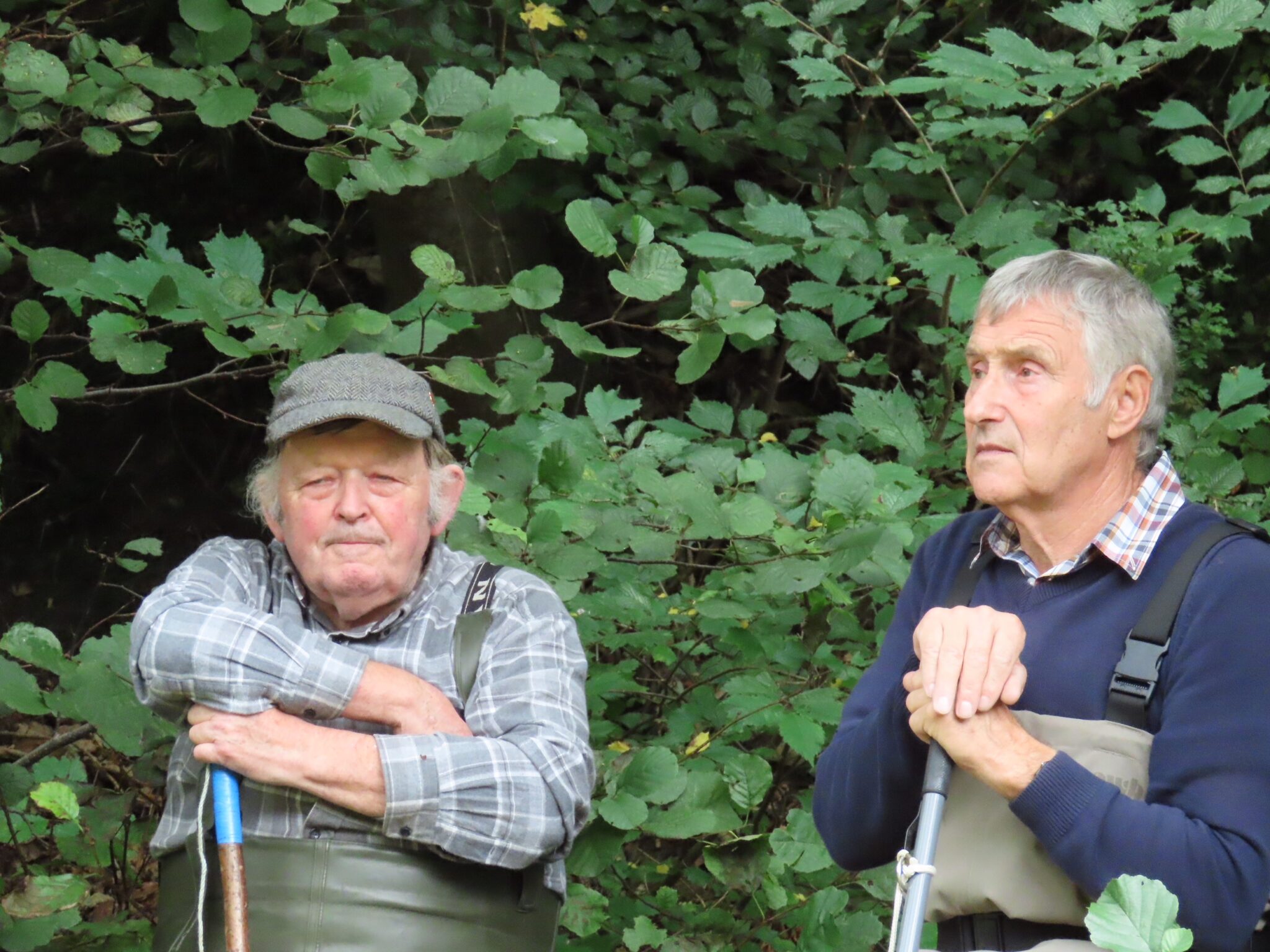 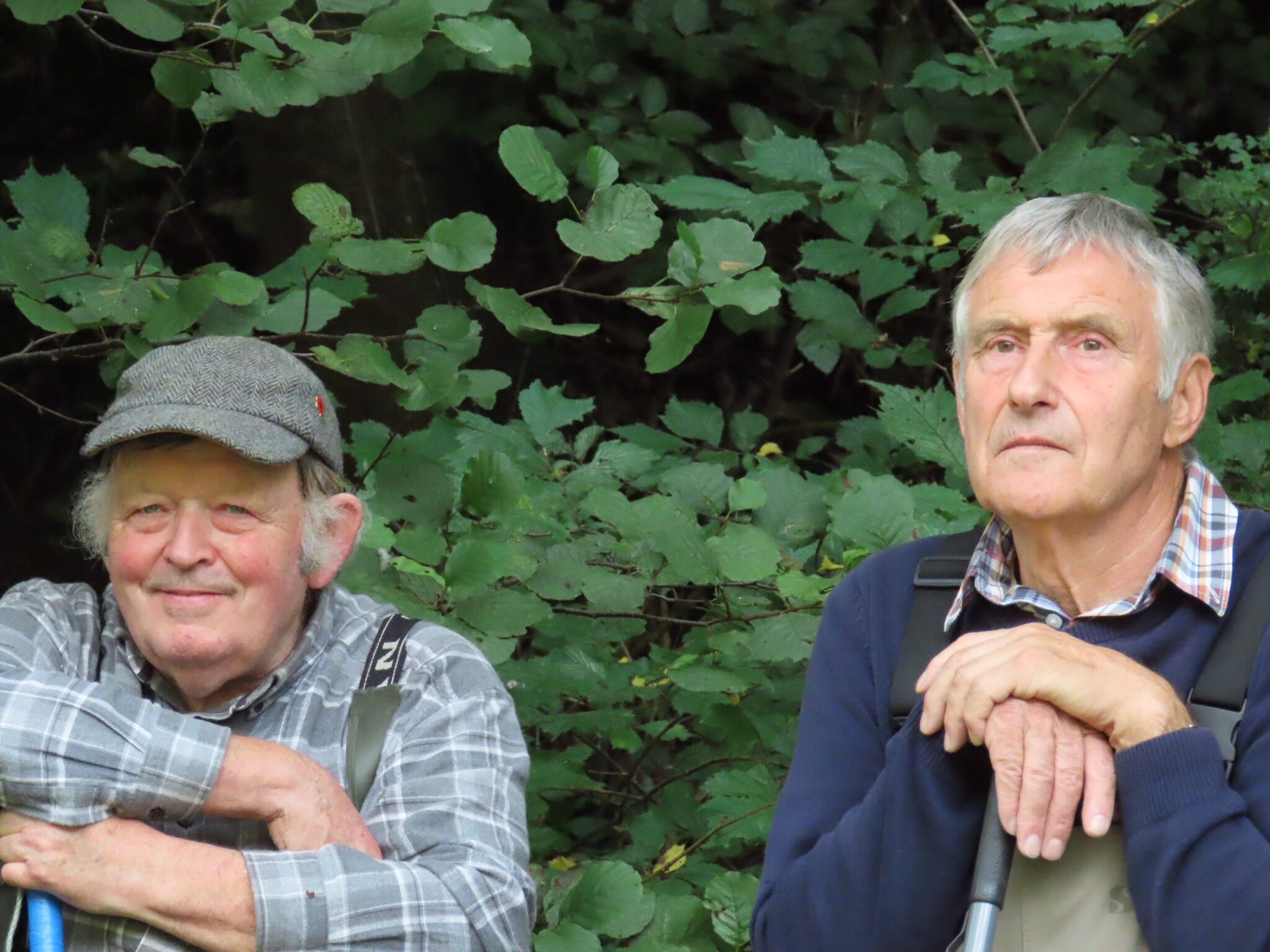 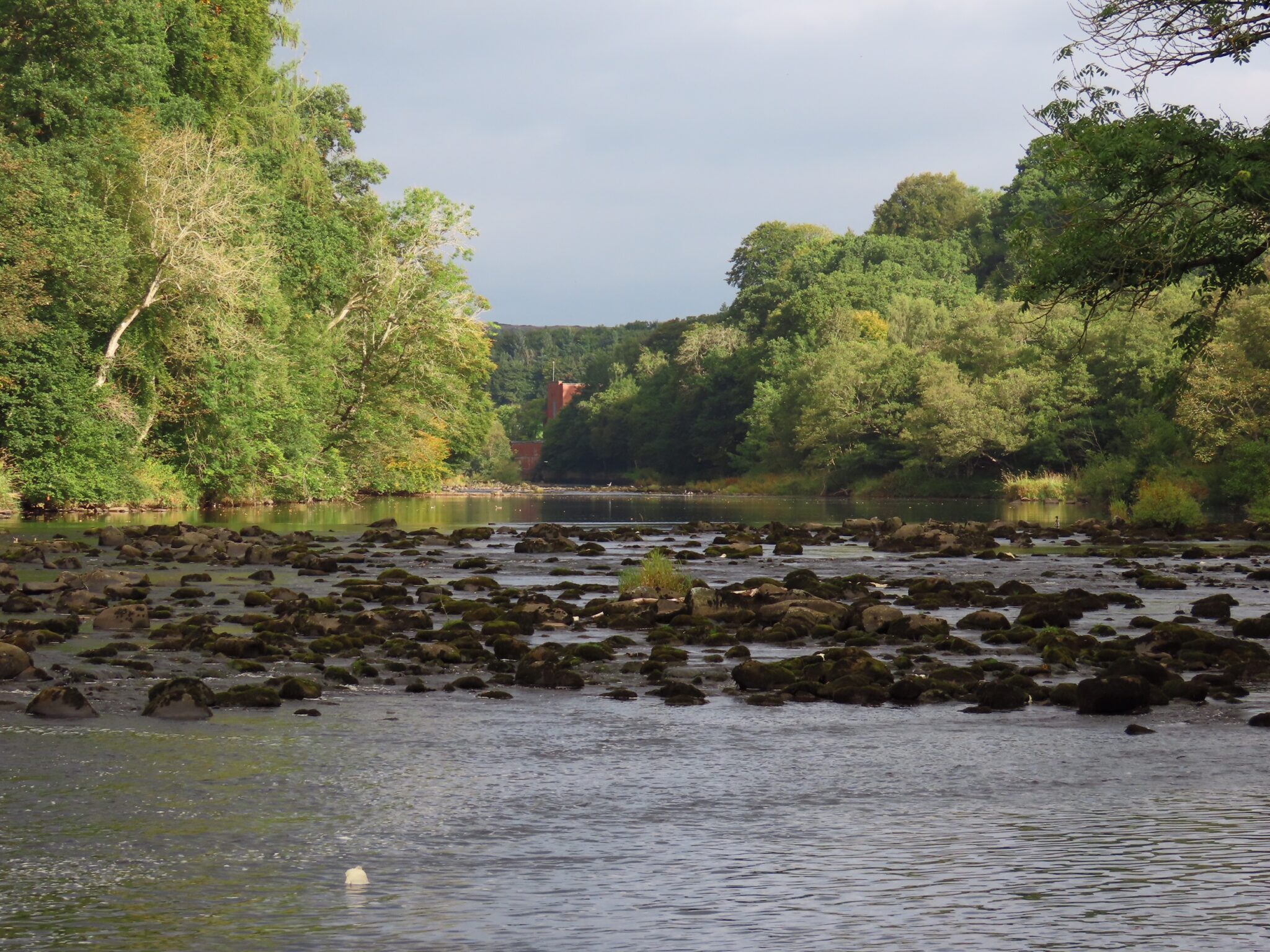 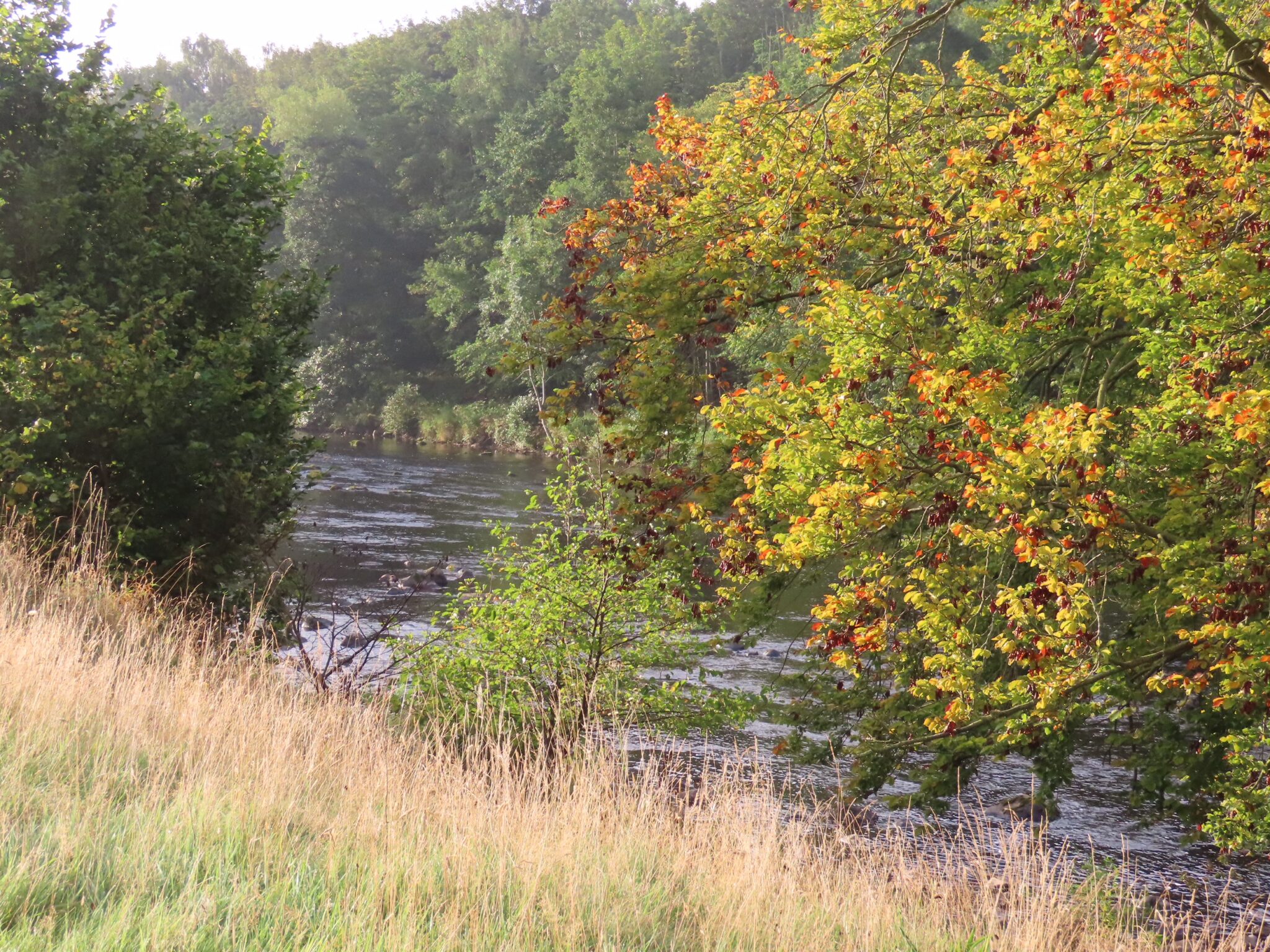 So, Sunday 26th saw my final hours on the Tyne, and in terms of fish, a fruitless session at Chollerton.

However, you don’t salmon fish for a catch alone (thank God), and there was much to take from the day.

Especially at 7.30am when there was mist in that wonderfully secluded valley where not a murmur of road noise percolates.

As the light grew, so did the dazzling array of colours and, yes, there were fish around, showing frequently enough to make you think a pull at least was waiting. The siren song of the Tyne eh? How beguiling the whole adventure looked.

It’s a good job that Tyne guides are the excellent lot they are! With company like Andrew Jackson’s who needs a fish as well?

At Chollerton, my gurus were Johnny and Malcolm, just about the most welcoming experts I’ve come across through the ages I’ve spent bankside.

I got to know much about their lives, the river, the fish, and by lunch felt I’d made real friends.

As we sat and pondered after the gear came down, I asked about the hatchery on the Tyne and its impact. I don’t know about you, but at least SEEING English salmon in 2021 is something, and Johnny was quite adamant that the hatchery played an integral part in that.

My account of this little tour of mine has stayed away from any whiff of controversy if possible, but the subject of stocked smolts should be considered.

In part, yes, but to some extent, surely not. I hesitate to stick my personal oar into the salmon arena, but I will say that modern fishery science has done little to help more prosaic species like river roach.

In fact, I’d say it has been a hindrance, but I’ll leave it there as I don’t want to cloud what has been a very special trip, made all the more so by the splendid people I have met on the way, and indeed, on this site!

My thanks to all from a very lucky man. 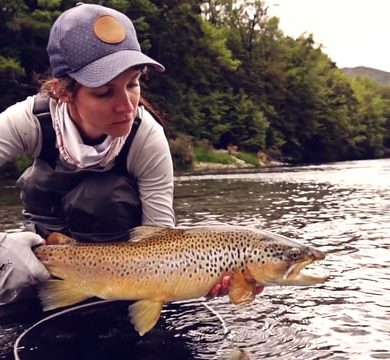