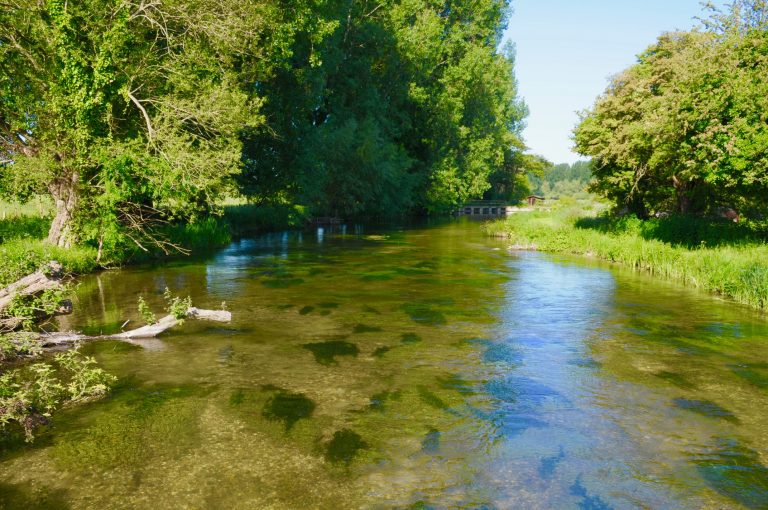 Most of us will have heard of Fishing Breaks, Simon Cooper’s company that provides such superlative fly fishing on rivers like the Test and Itchen. Whenever we have used his services we have appreciated the outstanding efficiency of the experience, but also that Simon makes it fun. Okay, it costs, but you get what you pay for, most especially on the chalk streams. It also should be remembered that Simon writes books, his works on otters, and the race horse Frankel, are both best-sellers, and his frequent Fishing Breaks’ newsletters speak the best sense in angling, or so we think. In this latest lockdown, we caught up with Simon on an extended phone call…

HOW DID FISHING BREAKS COME ABOUT, SIMON?

I realised soon after uni that I wasn’t cut out to work for other people, and I began to look around for a business I could set up. I went fly fishing in the States, and I was struck how every town, it seemed, had a great angling shop where you could get all the gear, the best of advice, and even secure a guide. I met up with outfitters and went to some fishing lodges, and I saw that fly fishing over there was far more advanced in this regard. Almost immediately after this I went skiing with a mate who had set up a similar type of business for winter sports out in France, and he was doing nicely. The die was cast, and Fishing Breaks was set up in the late 1980s, though it was into the 1990s before it took off. After five to seven years I began to see where it could go and succeed.

IT MUST BE GOOD TO HAVE ACCESS TO THE MOST RENOWNED RIVERS IN THE COUNTRY?

Not necessarily. If I have a day myself on the Test or Itchen all I see and worry about is the state of the banks, or the hut, or fly life, or the number of fish. I guess it is exactly like drinking in your own pub, you just can’t relax and soak in the experience. That’s why my favourite river is the Meon. It’s a little less high-powered and, above all, I grew up on its banks. I can’t fish there without visiting my childhood, the river where I caught my first bullhead, and later began my fly fishing life. I took my first Meon trout on a dry fly, and I have been in thrall ever since. People ask me whether I’m a dry or nymph man and, as I get older, it’s dries all the way – even if I can see trout that are nymphing. Dry fly fishing is the crack cocaine of game fishing for me. That moment of the rise is as exquisitely thrilling as it gets, and the rest is pretty much incidental.

HAVE THE RIVERS IN YOUR PORTFOLIO CHANGED IN YOUR LIFETIME SIMON?

If you just stand on any of the chalk streams and look above the surface, 2021 or 1921, not much has visually changed. Back in the early 1900s Halford seemed to prefer his camera to his rod, and he took some wonderful photographs around Mottisfont, for example. If you look at those photos today, and stand where they were taken, you are not going to notice any great changes. It is under the water-line that things have gone on.
I’d say in my experience that there were marked improvements in water quality between about 1990 and 2000, after privatisation of the old water companies. More money was spent, but there has been a marked fall-off pretty much all this century. You can’t blame the water companies for everything in my view. For example, there have been a million houses built on flood plains this century, whilst the population of the UK has risen by 15 million since 1986. During all that time not a single new reservoir has been built, so of course water has become a threatened commodity. At the same time, we are all using ever more chemicals that we flush away, and that the sewage systems can’t filter out. A century ago, industry was the threat to our rivers but today, farming and domestic practices are the problems – ones where I can’t see any prospect of improvement.

STOCKED FISH OR WILD? WHERE DO YOU STAND SIMON?

Yes, this is an ongoing debate, and if you listen to the purists all stock fish are bad. There’s a mistaken belief that if we stopped stocking, the numbers and sizes of wild fish would somehow magically rocket. History suggests this is not the case. The chalk streams were not used for fishing ’till about the 1840s, and it soon became clear to even these early anglers that you had to replace the fish you were catching. Stocking happened from the 1850s simply because stocking and fishing go hand in hand… especially if you want to take home any fish for the table. In any wild fish river, you tend to get a huge cohort of small browns, with just a few big ones, and when one of those goes for any reason it takes 3 or 4 years to be replaced. If all you have are wild fish, there will be fewer fish and fewer anglers. The prices will go up and the sport will again become more elitist.

YOU SEE GUIDES AS PART OF THE EXPERIENCE FOR MANY?

Indeed. Very many clients enjoy the day more with a guide, and for good reason. I know there are those who feel uncomfortable with a guide – or perhaps resent the money – but I will always take a guide on a new water especially. I enjoy it. I enjoy the company and the guide’s insights. For me it doesn’t matter how good you are, you can always learn something new – even Rory McIlroy has a coach you know. A good guide will show you the fish, show you the patterns, and relieve you of the need to rush into Orvis and buy every fly on the shelf. Times have changed. In the 1920s and 1930s fly anglers often decamped down to the valleys for weeks at a time. The result was that a century ago, anglers really had the time to learn about a river, whereas now you might have 8 hours a month, and what do you learn on your own in that time? My advice is always to listen hard to your guide and follow their instructions. Ask your own questions. Let them be critical of your performance – remember they are not having a go at you personally, just making you a better angler. There’s no point paying for a guide, and not taking everything they have to offer.

GRAYLING SEEM TO BE A SPECIES IN DEMAND?

Indeed, in my time they have gone from being largely overlooked to becoming one of the big growth areas. I’d say there are three groups of grayling anglers that we see at Fishing Breaks. One lot see a grayling ticket as a cheap way to trout fish in cross-over periods. A second lot can’t bear to be cooped up in the late Autumn and Winter, and would rather be on the bank catching anything rather than not being there at all. And then, thirdly, there are the head-bangers, those anglers for whom grayling are an obsession. These are often younger fishers, but not always. A couple of years ago, one of our rivers produced the new record grayling and the buzz around that was remarkable.

SIMON, YOU HAVE SEEN IT ALL. WHAT TIPS DO YOU HAVE TO SOMEONE NEW ON THE SCENE?

Get your tackle right. It is no good rucking up with the 8wt rod and 7lb tippet that you might use on your local reservoir. Don’t economise and bring the right rod, tippets and flies, and you should catch. But manage your expectations. Whatever you have been told, even on the Test it is not a fish a cast. You might stand on the bank and see a lot of trout, but many are still there because they are not daft. Remember, chalk stream fishing is regarded as an art form simply because it is difficult. Not all rivers and beats are equal. My advice is to choose a stretch that matches your skill and experience level. If you are starting out, go for an easy beat, gain confidence, and then work up to the tougher challenges as you improve.

You know, if it came to it I’d miss the rivers and not the actual fishing. For me it is more about being there than catching fish, and that has been brought home to me forcibly by Covid. There is not a day that I do not feel lucky that these rivers are my office. I think more anglers are coming to this realisation too. The beauty of these hallowed beats is quite staggering, and we wouldn’t be allowed there without a rod, use it or not! Private waters might not appeal to everyone, but they do offer something quite unique. The chance to sit in one completely unspoiled place for eight hours, watching kingfishers, kites, and even otters, is a rare privilege that many people climb mountains to experience. You and I can enjoy it for the price of a fishing ticket. 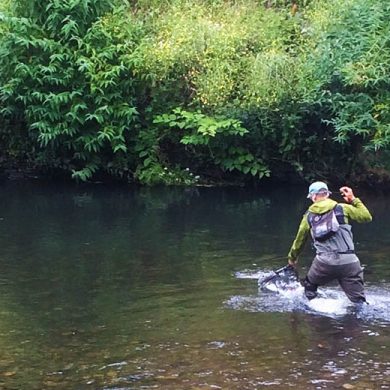