Devon‘s River Dart was once a major UK salmon river, but so few fish have returned from their oceanic migrations in recent years that there have been fears for the long term future of the stock. Now the last of the commercial salmon fishermen, who for centuries have used nets to harvest the returning fish, have agreed to give up fishing for salmon – accepting compensation for their loss of income.

The money, raised by angling interests on the Dart, has been paid by the Migratory Salmon Foundation (UK charity no. 1068311). The Foundation is a partner of the international salmon conservation body, the North Atlantic Salmon Fund. NASF was able to support the agreement with funds raised by the Dart Fisheries Association, a voluntary body that represents anglers and fishery owners on the Dart.

“I would like to thank our netsmen for agreeing to forego their ancient right to net for salmon and sea trout. Our annual salmon catch has slumped from thousands in the past to less than 100 this year. The end of estuarial netting will be a major help to our fight to restore the once prolific Dart to its former glory as a salmon river. I must also thank the staff of the Environment Agency who supported our efforts, the North Atlantic Salmon Fund for ensuring that the money was forthcoming, and everyone who contributed to the Fund.”

“We were extremely pleased to be involved in this step towards the recovery of such a famous river and its iconic salmon. It is just part of our work over the past 25 years to reverse the grave decline in numbers of wild Atlantic salmon in the rivers on both sides of the North Atlantic.

It is estimated that so far NASF has been able to save over 12 million salmon that would otherwise have ended on a fishmonger’s slab. The Dart agreement is one more step in our mission to help more fish to spawn and each step takes us nearer our goal of ending all netting for salmon.

We would like to help more UK rivers but it all costs money.  Hopefully, the Dart’s example of what can be done will bring more charitable contributions for the Migratory Salmon Foundation.”

NASF, The North Atlantic Salmon Fund, is an international coalition of voluntary private sector conservation groups who have come together to restore stocks of wild Atlantic salmon to their historic abundance. 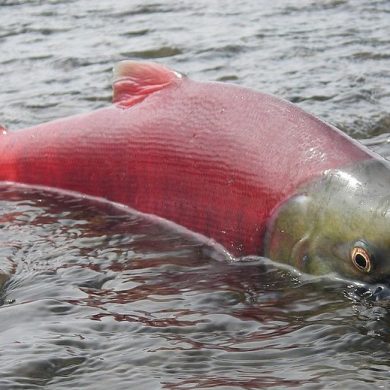 Bristol Bay Salmon Back at Risk from Pebble Mine
This website uses cookies to improve your experience. We'll assume you're ok with this, but you can opt-out if you wish.Accept Reject Read More
Cookies Policy