In collaboration with the S. Kent Rockwell Foundation, Nautilus Reels has created a limited edition No Pebble Mine XM reel to benefit the Sportsman’s Alliance for Alaska and the effort to protect Bristol Bay.

The famed Bristol Bay region of Southwest Alaska is widely regarded as one of the premier fishing destinations on the planet. Anglers visiting Bristol Bay dream of chasing Dolly Varden, Arctic char, grayling, northern pike, lake trout, all five species of Pacific salmon, and perhaps most of all, the unique leopard rainbow trout that grow to epic proportions. Recreational fishing and tourism in the region contribute $90 million to Alaska’s economy each year. The staggering return of over 62 million fish in 2018 makes the Bristol Bay sockeye salmon fishery the most productive in the world – valued at $1.5 billion annually and responsible for 14,000 jobs. It’s an economic and biological powerhouse.

Most anglers are aware that the Bristol Bay fishery has faced the threat of the proposed Pebble Mine for over a decade. The threat is now more serious than ever, as the backers of the mine currently have an application under review by the U.S. Army Corps of Engineers (USACE). Seemingly driven more by politics than science, the USACE is proceeding at a breakneck pace and bending over backward to move the process forward. The need to enlist America’s outdoors enthusiasts and brands in this effort is urgent. The Sportsman’s Alliance for Alaska has been working on those fronts for over 10 years, engaging anglers and hunters from coast to coast as well as companies that sell everything from fly gear to hunting goods. 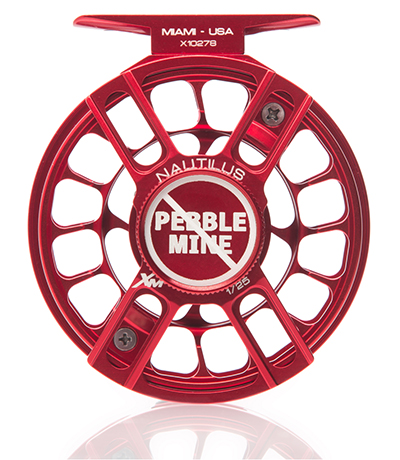 A precision fly reel is an investment. In this instance, it’s also an investment that pays off handsomely for one of sportfishing’s biggest conservation battles. Beginning on September 24, only 25 individually numbered No Pebble Mine Limited Edition Nautilus XM reels will be available. Thanks to a generous donation from the S. Kent Rockwell Foundation, for every $375 reel sold, $500 will be donated to the Sportsman’s Alliance for Alaska to continue the fight to protect Bristol Bay from the Pebble Mine.

“One of our principle areas of focus as a foundation is conservation,” notes Kris Rockwell of the S. Kent Rockwell Foundation. “While it’s important to fix places that have already been degraded, we must also fight to protect places that are wild and unspoiled. There is no better example of such a place than Bristol Bay. It’s a pleasure to combine efforts with a great brand like Nautilus on this limited edition reel to raise money that will be used to ensure Bristol Bay’s amazing natural and renewable resources are protected for generations to come.”

For Scott Hed, Director at the Sportsman’s Alliance for Alaska, the joint fundraising effort highlights the widespread commitment to protecting Bristol Bay. “It’s a well-known fact that Bristol Bay has its supporters from all over the United States and beyond,” states Hed. “When a premier fly reel maker from Florida partners with a generous donor from Pennsylvania to defend this amazing fishery in Alaska, that’s just the latest example of how important this issue and resource is.”

For Nautilus Reels owner Kristen Mustad, the effort to protect Bristol Bay is critical. “We’ve got the No Pebble Mine flag proudly flying in our machine shop,” he states. “When this opportunity came up to raise some money to support the fight, it was a total no-brainer — and the matching funds component just puts it over the top. We’re thrilled to partner with the S. Kent Rockwell Foundation and Sportsman’s Alliance for Alaska, and we’re not backing down until Bristol Bay’s future is secured.” 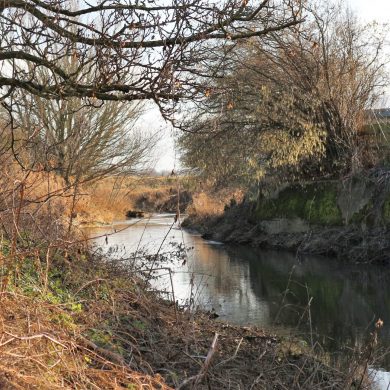