A graduate of Harvard Law School, Mr. Buckley is a retired partner of Gibson, Dunn & Crutcher, one of the largest law firms in the United States with multiple domestic and overseas offices, where he was a member of the firm’s Washington, D.C. office. He founded and chaired the firm’s Environment & Natural Resources Practice Group, of which more than 50 attorneys are members and whose clients have included many Fortune 500 companies.

“Chris devotes considerable time to pro bono activities,” commented ASF President Bill Taylor, “many of them helping to protect the pastimes about which he cares deeply.” Mr. Buckley represented ASF in its successful petition to have wild Atlantic salmon listed as an endangered species in the few remaining Maine rivers in which it spawns. He fishes for tarpon, permit and bonefish in Florida, Atlantic salmon in Canada and Europe, and steelhead trout in British Columbia. He has a home in Canada near the Grand Cascapedia River, Quebec, which is famous for its large salmon and the substantial economic benefits the thriving recreational fishery provides for local communities.

Mr. Buckley picks up the torch from editor and publisher of Maine’s Bangor Daily News, Richard Warren, who had chaired the ASF (US) Board of Directors since 2005.  Mr. Warren was recently honored at ASF’s fund-raising dinner in New York for his accomplishments in restoring salmon populations throughout eastern Canada and the northeastern United States, in particular dam removal that will open up 1000 miles of habitat in Maine’s Penobscot River to Atlantic salmon and ten other species of sea-run fish.

The Atlantic Salmon Federation is dedicated to the conservation, protection and restoration of wild Atlantic salmon and the ecosystems on which their well being and survival depend. 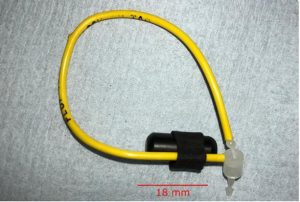 Scottish Salmon Tagging Project – Watch out for Tags!
This website uses cookies to improve your experience. We'll assume you're ok with this, but you can opt-out if you wish.Accept Reject Read More
Cookies Policy