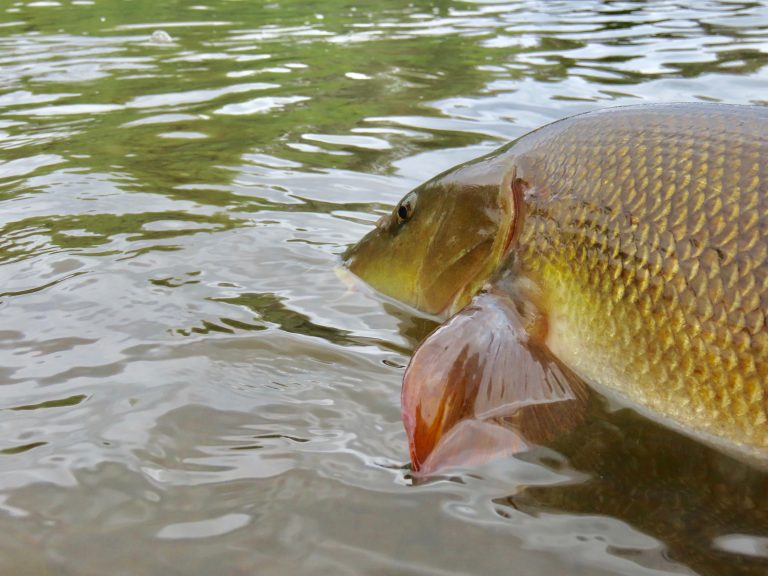 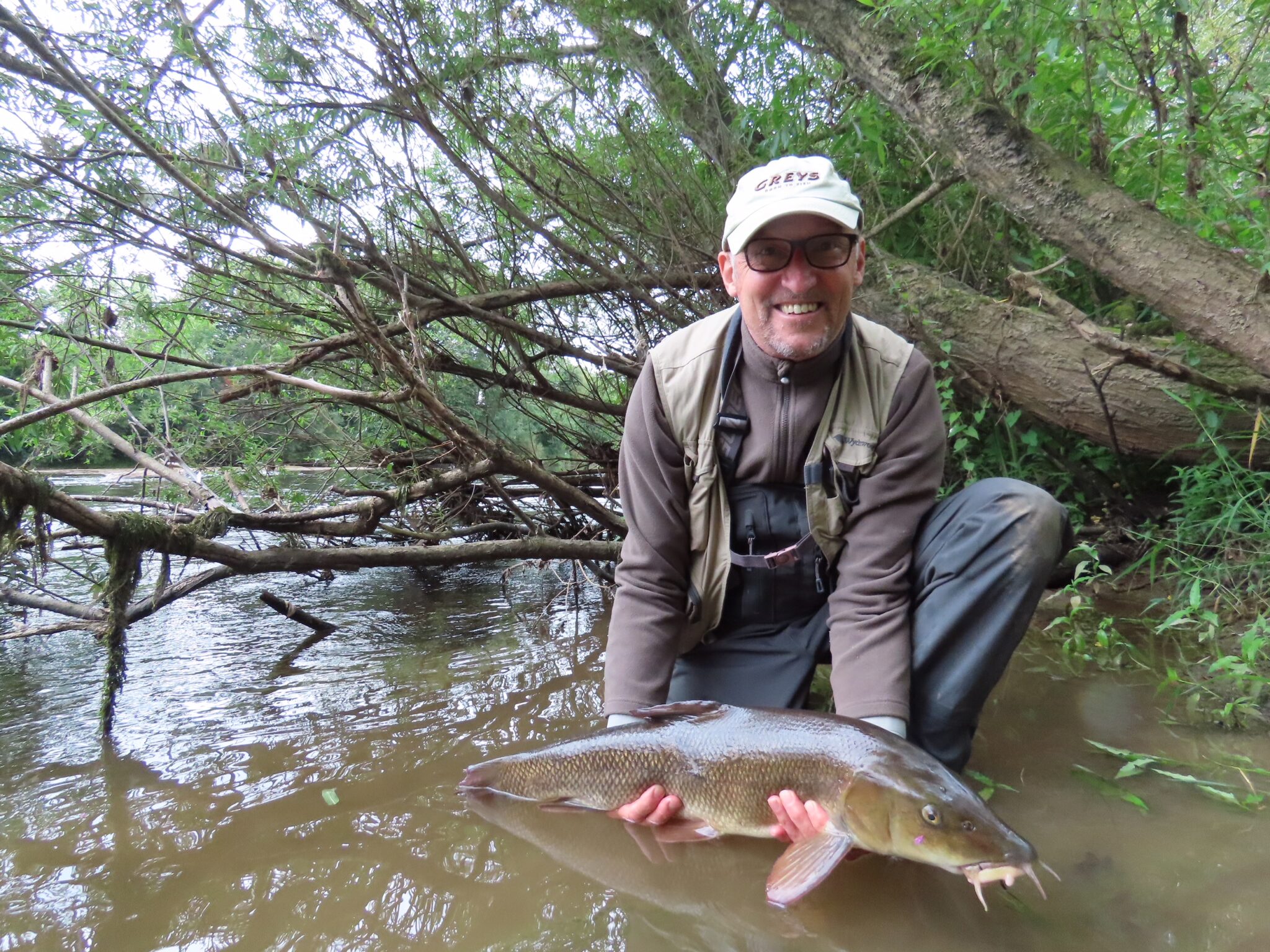 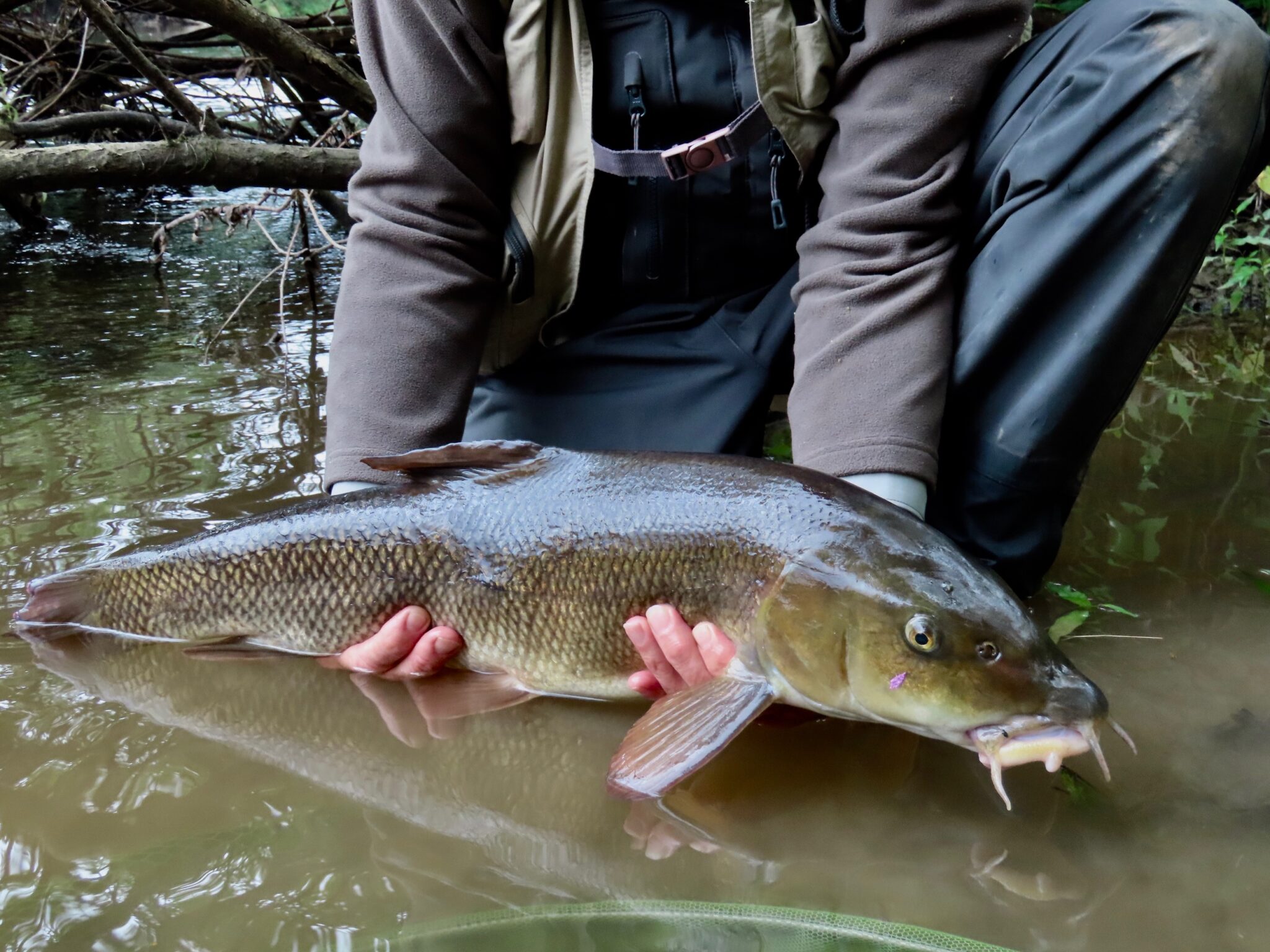 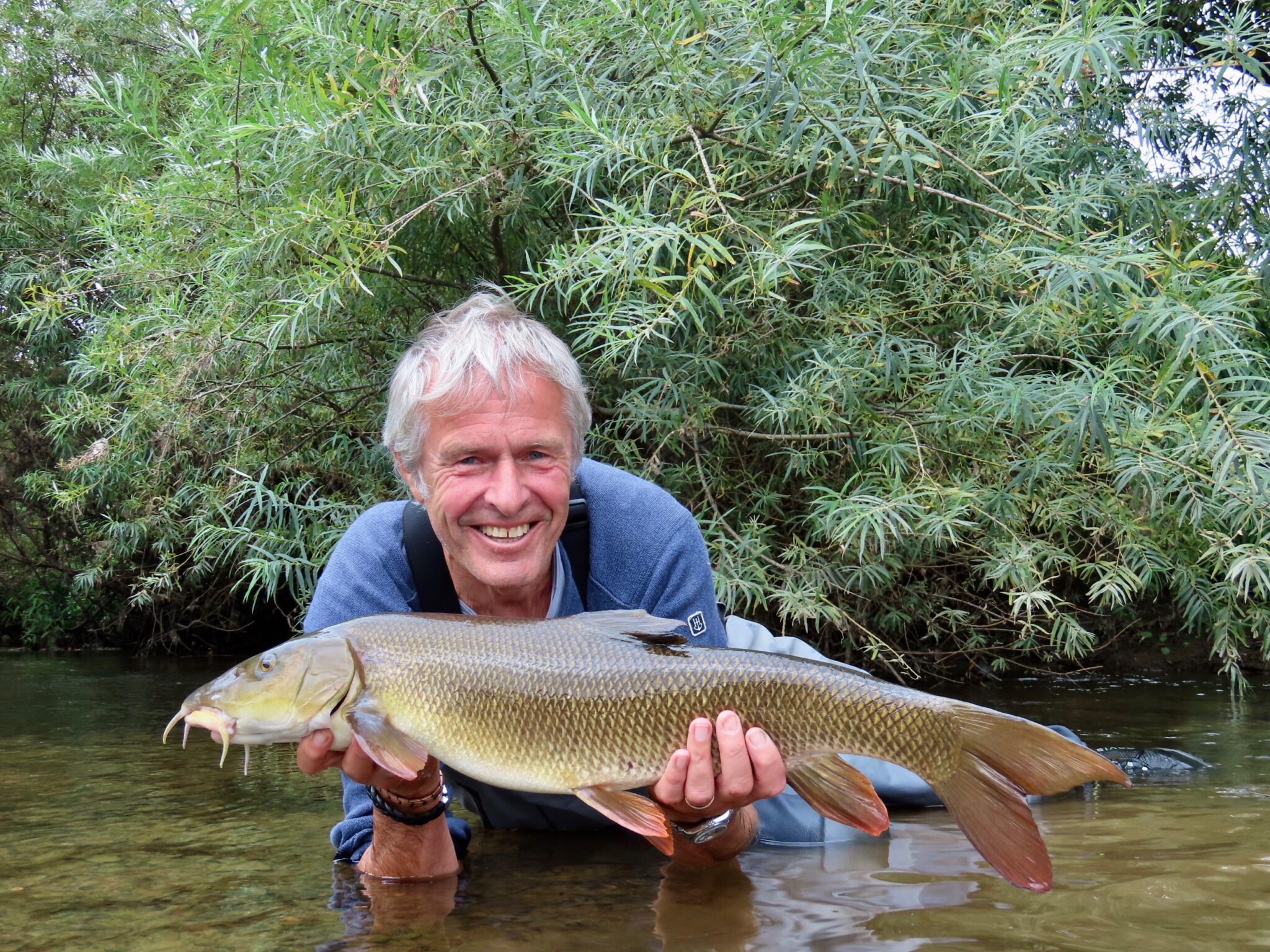 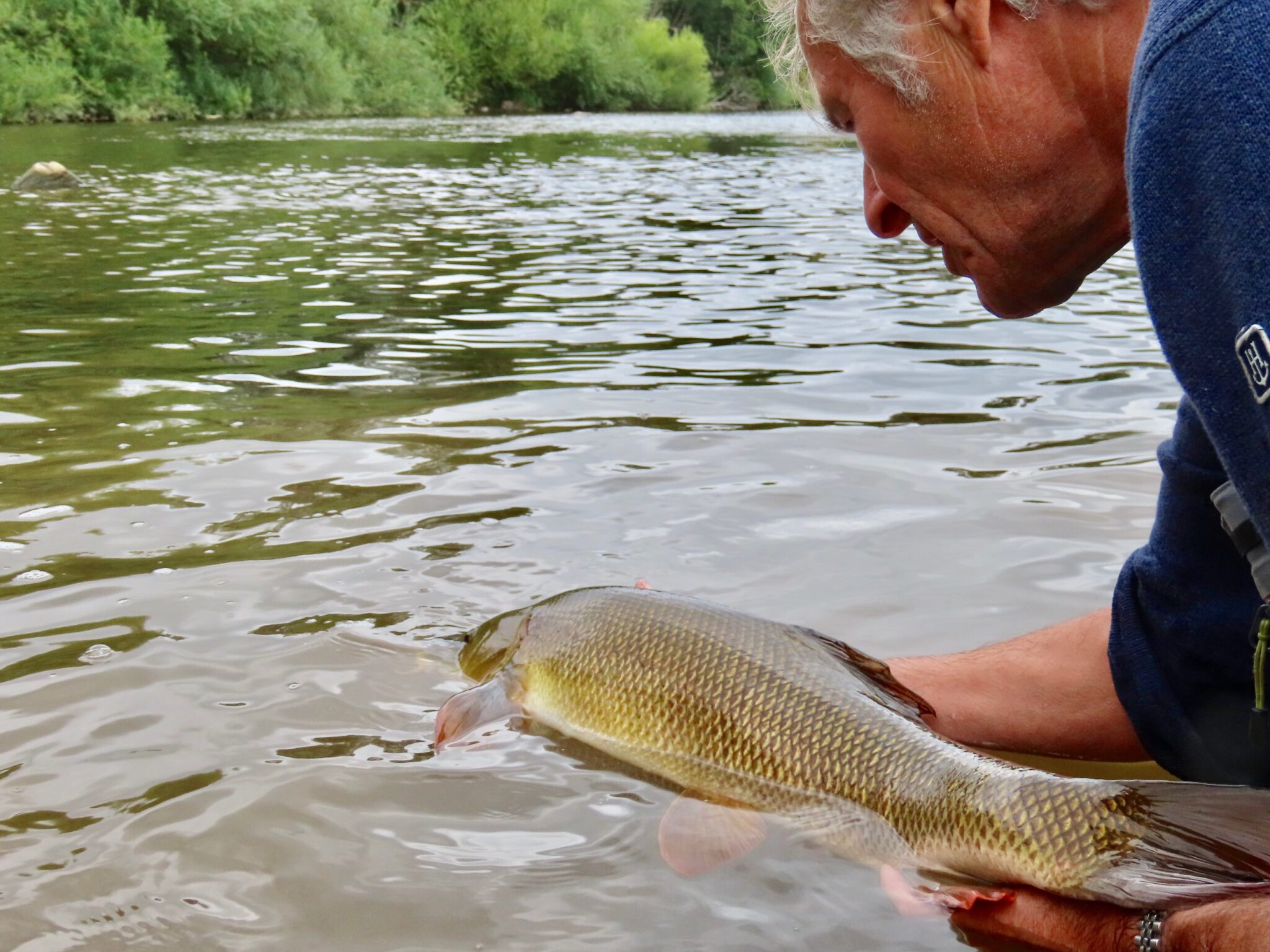 Quite a few musings here, so I hope you’ll forgive my scattered thoughts. In fact, so scattered are they that I have to emphasise that their order is completely random. Pick from them what you might consider worthwhile… they are all heartfelt and based on decades of experience.

I truly believe that barbel are a sort of “crossover” species. By that I mean that on a river like the Wye, there are endless entertaining ways to catch barbel, just as there are game fish. Yes, you can sit behind a rod pointing at the stars and wait for the tip to go round, and nothing wrong in that.

But you can catch them on fly, on float, and by freelining. Wading, sight fishing, and endless tactile methods are all part of the game. And of course, to me, barbel are as beautiful as any species on the planet and fight like the tigers they are. They offer so much, in so many ways, I feel they are tragically undervalued.

The heatwave has crashed, hopefully for the rest of 2021. The Wye is a slightly better colour than when sunlight, heat, and way high phosphate levels sickened it beyond belief. The salmon are looking happier, chub are on the move, and barbel are appearing once again.

That’s all great to hear, but it should not detract from the fact that the Wye is in trouble, and that our help, all of us who love the river in whatever way that might be, is sorely needed.

My guys and I have been fishing hard these last two weeks and in eight sessions, we have landed eleven barbel. This is way down on what I would have expected ten, fifteen or twenty years ago, when that number of fish could be expected in a day. But is this necessarily a bad thing?

Should we accept that a barbel a day is the right way? Should we view barbel as a fish as special and as precious as a salmon? This century a salmon a session would please anyone almost anywhere, and perhaps this is what we have to expect and treasure from our barbelling?

I have found that each fish now I regard as a massive privilege just to see, to admire. I now respect each barbel in a way more profound than in past decades. I feel no loss in the fact numbers are down and might never recover.

I’d say all of us have reached a sort of peace that we didn’t experience when we were younger. Pious claptrap? Fine. I can only write what I honestly believe and feel.

With that in mind, with each and every barbel meaning the world to me, I’m trying even harder to treat them with a TLC that’s more far-reaching than in my past.

I have always been fastidious with barbel, any fish come to that, but now I’m trying so hard to get every fish back in less than a minute, and not a specimen has been weighed yet.

All of us are trying to release in the water, without taking a fish to the bank… and certainly, they are going off so strongly it gladdens the heart.

I’ll admit to age and a slowing down of ambition, but I’m learning from my decrepitude. In some ways, my faltering steps are surer than the confident strides of my younger years. Pious claptrap? Perhaps, but I’m happy that five or six pounds of barbel are enough now to make my day one of complete contentment.

Enough, I know. Next time, for the serious barbel fishers, I’ll revisit my previous advice on the cheapest and best leger weights you’ll ever find anywhere. There’s still practical advice in the old dog yet, you’ll see! 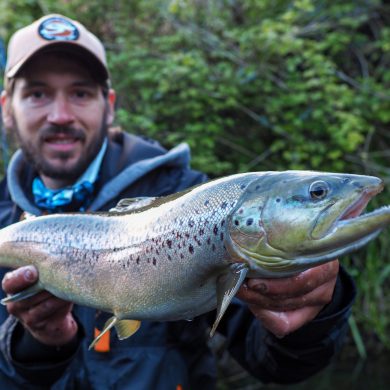