Petition – No Killing of Salmon Before 01 July

The Salmon and Trout Association (Scotland) (S&TA(S)), in conjunction with leading angling guide and consultant Ian Gordon, has today launched an online petition aimed at preventing any killing of wild salmon in Scotland before 1st July for the next five years. This follows two years of poor salmon runs and reflects an increasing appreciation that decisive action is required to help arrest the decline. In 2013 6,563 salmon were killed before 1st July – of which over two thirds were taken by nets.

The public petition, which is hosted on the Scottish Parliament’s website, also calls for an end to all coastal salmon netting, given that it is totally indiscriminate and incapable of distinguishing between river stocks which are healthy and those that are severely depleted. The cessation of coastal netting would enable the Scottish Government to honour its international conservation obligations, particularly under the NASCO treaty.

“It is evident that the Scottish rod catch of salmon in 2014 was the lowest in over 60 years and just 50% of the ten year average. Decisive action is now needed to reduce significantly the number killed, particularly the most vulnerable stocks – those that arrive back on our coasts between January and June. Our proposals are for a five year period from 2016 in order to give any recovery in salmon numbers the best possible chance of success”.

“Whilst we welcome Scottish Government’s recent announcement that it will consult imminently on the introduction from 2016 of a ban on the killing of wild salmon except under licence in order to ensure that ‘any killing of salmon is sustainable’, we are adamant that this should be underwritten by a firm presumption that no licences whatsoever should be issued for any exploitation before July”.

Ian Gordon, an authority on salmon fishing in Scotland, commented:

“A year ago I promoted my own online petition, calling for Scottish Ministers to stop the resumption of net fishing in the early spring after a 14 year voluntary cessation. This attracted over 20,000 signatures and I am pleased to note that Scottish Government has now introduced a conservation measure from the 2015 season banning any killing of salmon before 1st April. We now need to go much further and I hope that our new petition can build on this momentum so that the Scottish Parliament gives due priority to greater protection to our wild salmon, until such time as stocks of one of Scotland’s most iconic species show a marked recovery”.

The petition can be accessed HERE

The full text of the petition reads:

“Ian Gordon and the Salmon and Trout Association (Scotland) call upon the Scottish Parliament:

(i) in the interests of salmon conservation, and on a precautionary basis, to request Scottish Ministers to use their powers immediately under the Salmon and Freshwater Fisheries (Consolidation) (Scotland) Act 2003 Act to ensure that no Atlantic salmon are killed in Scotland for a period of five years from 2016 – by either nets or rods – before 1st July; and

(ii) in the case of fishing for salmon by coastal netting, to take such steps as are necessary to bring to an end the exploitation of wild salmon by Mixed Stock Fisheries at any time of year, in line with Scotland’s international commitments and obligations.” 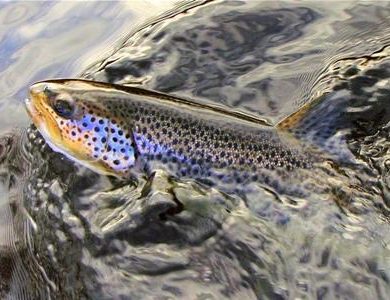