Scientists at the University of Miami (UM) Rosenstiel School of Marine & Atmospheric Science are helping to shed light on the impact of the Deepwater Horizon (DWH) oil spill on marine life in the Gulf of Mexico. The School, a leader in the field of marine toxicology used its state-of-the-art hatchery to study the effect of polycyclic aromatic hydrocarbons (PAHs) on various species of fish, including cobia and mahi mahi. PAH’s are toxic components of oil that are released from oil into the water column. The team also studied the effects of photo-enhanced toxicity, or the impact of sunlight on the potency of the toxic compounds found in the oil from the DWH spill.

The team collected freshly fertilized eggs from mahi mahi made available via UM’s Aquaculture Program, and exposed the embryos to low levels of different types of water mixed with DWH oil.  In species like mahi mahi just 2 to 6 micrograms of total PAHs per liter of seawater were observed to reduce hatch rates and survival, and to result in impaired cardiac development.

“We found that in more sensitive species the photo-enhanced toxicity could account for up to a 20-fold higher sensitivity,” Grosell added.  “This is an important part of the equation because it means that traditional toxicity testing performed under laboratory conditions will tend to underestimate the toxicity that might have occurred in the natural environment under the influence of sunlight.

The lab also tested newly hatched fish, observing them for deformities resulting from exposure to oiled seawater.  Many hatchlings showed subtle heart abnormalities after only trace oil exposures in the egg that lasted only a day or so. After a month of raising these fish in clean water, the team put the resulting juveniles through the paces on their “fish treadmill” and they could only swim about 70 percent as fast as those that had never been exposed to oil.

“The severely reduced swimming performance we saw could impact the ability of these fish to catch sufficient prey, avoid predation, or travel the long distances that some migratory species require for survival,” added Grosell.

The studies were funded as part of the National Resource Damage Assessment (NRDA) and findings were presented at the recent Society of Environmental Toxicology and Chemistry annual meeting.  The team is currently working on publication of the findings of the investigation. 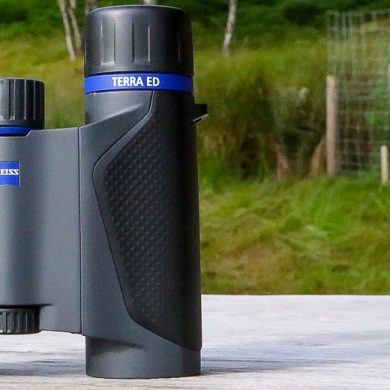