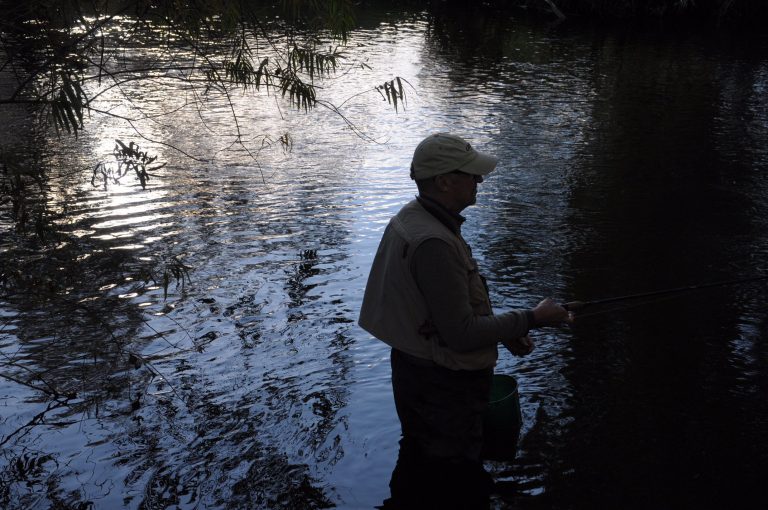 I am totally crazy, gaga, mad for river roach and I’m not alone. Recent surveys have shown that a two-pound river roach is STILL the number one dream of many, many anglers…including names like Alan Blair. Of course, we all know the Seventies and the big numbers of big roach are unlikely to come again. There have been years that have driven me to redfin despair but I do see some light. Honest, I do.

It’s six or seven years since I have netted a Wensum two-pounder, or it had been till three weeks ago. Then, electrifyingly, best mate Ian Miller, Pingers to me, had one at 2.02. Trotting too. Soon afterwards, another mate, Ratters lost two that size, one at the net, and TODAY(!) I picked up a 1.15, netted and held by another pal, Ian Lewis..NOT the float maker btw! Another mate, Derek Causer has had twos from the Hants Avon, and so has Phil Humm, someone else I have fished with for years. Dr Redfin Everard has been contacting them on the Wessex rivers and fishing partners have been seeing them on the Trent, the Ribble and even the Wye. This is all great news and one thing I would love to do is to get a real big river roach debate off the ground. There is not a better challenge out there – and so say many of us.

I’m out again tomorrow with Ian and there might be more photos to come but it might be good to highlight what I’ve been learning and relearning this back end. So, here we go with my first POINTS TO PONDER.

If time is tight, fish for big river roach early or late OR when the river is up and coloured with warm rain water. Don’t bother if air temperatures are less than 7 degrees.

Trotting is best but tip if you must…and I say this despite 70% of my big roach coming on the latter. As far as float rods go my first choice will be the Hardy Marksman 14 footer and if you can get hold of one, do it. The Drennan Acolyte 14s are good but for me, they do not have the spine of the Marksman…and big roach FIGHT, make no mistake.

Pins or not? Of COURSE fixed spools do the job but roach men have not been using pins for decades because they are stupid. (Although, again, 60% of my big roach have come on fixed spools). If you can get your hands on one, the Hardy Conquest is a good but…I like 4in spools but 4.5in models are good for bigger rivers and longer trots. I have been using the Piscario Titanium reels for a couple of years with huge affection and success but many of my mates swear by the older Aerials and of course, anything by Gary Mills can’t be bad! But we are getting into a whole new territory here so I’ll move.

Pin or fixed spool, I like 3lb mainline, just occasionally 4. I just cannot master the waggler on rivers (lessons please) so I am a stick float man. I always use as light a one as I can get away with. I know you need weight for control and so on but big roach hate big floats churning over their heads. Today, I used a large pole float carrying three No 1 shot and that did me fine. I’m not too fussed over shotting patterns and I like to get the bait down. I bulk shot about a foot above the bait and that basically has always done for me.

I ALWAYS use micro barb hooks. Big roach are stunningly, heartbreakingly efficient at throwing barbless so I’m not going to trot for a winter just to lose a fish on the strike, thank you.

Everyone has their favourite baits and mine probably has to be fresh bread flake…JUST! Some 65% of my big roach have come on flake, generally on an 8 or 10 hook. Trouble is even big roach will hold flake in their lips and run with it before swallowing so strike late.

Maggots of course are supreme. I prefer whites, three of them on a 16, always micro barbed and always spade end. Many of my mates like red gentles but there is no rule here. Hemp, casters, and tares are the baits of maestros like Causer and, by God, do they do well on them. That I have never needed them myself has nothing to do with it! Corn is a great summer bait but, me, I’ve never done that well on it after the frosts.

Loose feed is a mighty issue and every situation is different. I like to feed generously, as a rule. If the river has colour, if I think I am on fish, then I will pile it in, especially when I am on maggots. I love mash and liquidised bread as loose feed and I’ll keep that going in as well. I know little and often is the rule but for me, plenty and often wins out. IF I can prebait, then I will. Put mash into a swim, mixed with lots of hemp, for three days before getting the rod out and you really can crack even hard stretches.

Next time, soon, I’ll run through my sessions with Ian and look at the finer points of big roach hunting – on the float. The night looks like being warm. GREAT. What worries me is that the colour has been dropping out and the light rain we had an hour ago is too little to make a difference. But, when the going gets tough….

Start typing to see results or hit ESC to close
salmon fly fishing chub roach pike
See all results
More Stories
A Message from Melfort Campbell, Chairman of the Atlantic Salmon Trust
This website uses cookies to improve your experience. We'll assume you're ok with this, but you can opt-out if you wish.Accept Reject Read More
Cookies Policy