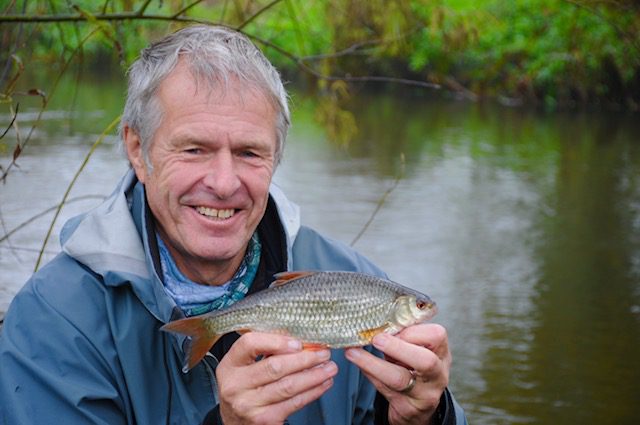 A Life in Fishing

Fishing one way or another has dominated my life. I started to fish at 4 years of age and I wrote my first angling articles twenty years later. In my thirties, I left teaching to fish full time and I count the past three decades as the happiest of my life. All in all, I have had over fifty books published on the sport and incalculable thousands of articles and columns but the demise of the Anglers Mail brought me up short. Even a dinosaur like me had to realise that the age of the printing press is on the cusp. If I am to fish-and tell the world about how I see fishing in all its guises-then I need a new platform. That is why I am so happy, grateful and relieved that my long-time friend Richard Hewitt and daughter Kirsty have asked me to take this role with Thomas Turner and their associated websites.

But who exactly am I? I ask myself this question in all seriousness. There are many full-time anglers who are well defined, matchmen for example, or carpers, or salmon experts. Me? I’ve done it all to one degree or another and though I might be a Jack of all trades at times at least I’ve come close to becoming a half master in some disciplines. A really brief chronology of my angling life might show where I am coming from and help me assess it all when I see things in black and white.

1950s – a kid in Greater Manchester, loving the canals, the mill dams, and trips to rivers like the Dane. One of a lucky generation of kids that could learn fishing with mates, by endless trial and error. No coaching, no boring instruction, just getting out there teaching ourselves. Match fishing on Sundays, off with the local fishing club. Trout fishing through the holidays in the reservoirs on the footsteps of the Pennines.

1960s – increasingly fishing in Norfolk and catching bigger fish than I had ever dreamed existed. Species too. Now there were sea trout, bass and eels to add to my growing catch list. Carp loomed large and I began to get to grips with tench and even chub. University late in the decade didn’t slow me down, just gave me more time to fish.

1970s – my breakthrough decade. My Wensum roach obsession and the first of hundreds of two pounders came my way in 1970. My first articles in, yes, the Anglers Mail. John Wilson became my fishing partner and older mentor and I moved from being a lad mad on fishing to a young man who could actually fish. My first barbel, my first 20 pound carp and big pike. Years of rapid growth and change. Life in a Norfolk cottage on the banks of the river ..I was living the dream and a job as a teacher gave me the time to live it to the full.

1980s – years of carping, piking, roaching and taking my game fishing onward. Stillwater trout and salmon became a constant target in the long school holidays now I was a teacher. In 1984, my first book was published and fishing became a realistic life and career choice for me. In 1989 I left teaching to make the hour-long ITV documentary Casting For Gold with Paul Boote. This film on mahseer fishing in the Himalayas changed my life. Wrote The Great Anglers which introduced me to legends like Hugh Falkus, Dermot Wilson, Fred Buller and other giants who influenced my life thereafter.

1990s – my writing career flourished as I spent long periods after ferox trout in Scotland and increasing periods abroad. Now I was fishing every year in India, Mongolia, Siberia, Greenland and throughout Europe and the US. My TV career advanced as well with long periods filming for BBCs Countryside Hour and specials like the Tales From The Riverbank series. My guiding career began in 1992 with trips to the Wye but within 4 years  I was taking groups to Asia and Europe.

2000s – my travelling and guiding developed apace. I was writing more and appearing increasingly on Sky and Discovery. I also joined Hardy and Greys as a part of their creative team, responsible for brochures, adverts, lifestyle photography and tackle development. I travelled frequently with the England Fly Team and spent more time in the game world presenting at Game Fairs and shows here and in Europe.

2010 – 2020 – increasingly I centred my fishing back home in Norfolk. Whilst my guiding commitments and consultancies increased my interests centred more on conservation and the problems of East Anglian rivers, estate lakes and pits. Discovery commissioned two series of Fishing In The Footsteps Of Mr Crabtree and from 2017 I have worked as Fishing Consultant for Mortimer and Whitehouse-Gone Fishing on BBC 2. This role has taken me to all points of the UK on recces for game, coarse and sea venues.

So, you can see, fishing has meant that I have always been reinventing myself and I have always faced new challenges. I don’t kid myself I will find this new role easy. I know I can transmit information and because I am constantly on the bank, I have plenty to say that I hope is useful. I can take photographs too, and again because of what I do, my camera is always clicking. But now I have to think digitally. I have to master the putting out of material in ways I have only been guessing at. If I can figure out how they work, I am especially looking forward to the forums. In previous days as a magazine and book writer there were obvious barriers between me and my readers but not so in forums. I know they can be prickly but I relish the chance for more developed, hands-on relationships. I have always told the truth about my fishing, warts and all, and I have nothing to hide as a result. If I don’t know something, I’ll tell you, or find someone who can tell you! I’d like this new friendship to be a two-way street. I’ll say from the outset, I can’t Wallis Cast, I can’t fish a river waggler and my Spey casting is rubbish. And that is only for starters. I’d love to think that this new chapter of life will continue to teach me as richly as all the ones that have gone before.

I truly hope we enjoy our fishing together and grow it as we go! Thank you for your time! 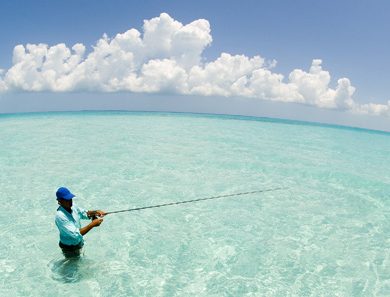