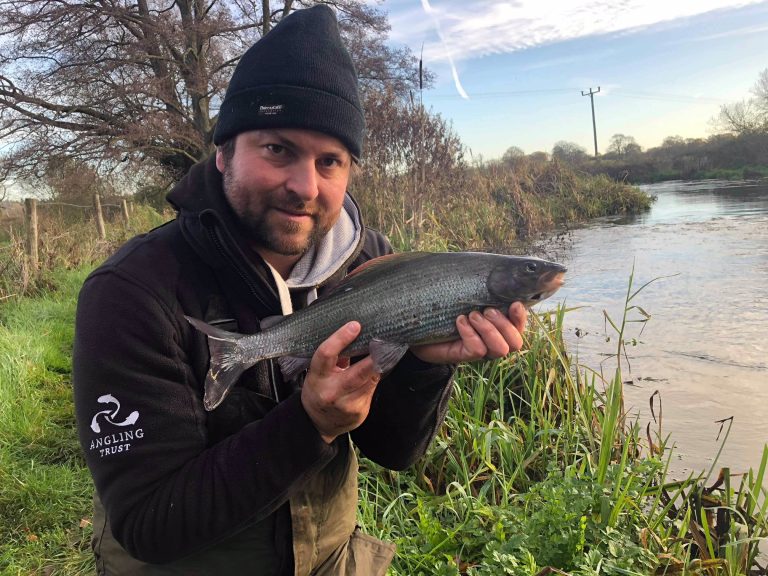 The Angling Trust? Are you In or Out?

Over the years I have found that there are some columns that write themselves, and others that are a struggle from beginning to end. Like this one. In some ways, I would be better simply leaving the whole subject of the Trust alone perhaps, and I have considered that. It would be easier but cowardly, and we are at a crossroads in angling where we have to decide where we stand on every issue, contentious or not. So whilst I run the risk of annoying folks, I know I might well bore them too because, after all, what is there about the Trust that has not already been said? Oh yes, then there’s money, and none of us likes to part with that, or even be made to feel guilty if we don’t. Spring is a difficult time to go round with the hat, when the EA licence fee and any number of club and syndicate memberships are due, and I realise that as well.

Everyone knows membership of the Angling Trust, and its forerunners the Anglers Conservation Association and the Anglers Cooperative Association in the earliest days, has been a vexed issue. Richard Walker regularly harangued us in the Fifties and Sixties to join the ACA, and even Saint Dick couldn’t drive numbers above twelve thousand or so. Why? Are anglers suspicious of any organisation, or simply tight? How come the RSPB boasts over one million supporters, and the various Wildlife Trusts getting on for similar numbers? Even Butterfly Conservation has forty thousand members paying for 36 butterfly-friendly reserves, and over 70 habitat/conservation projects ongoing. Anglers, though? It’s like herding cats.

Not that, in any way, I am claiming the high moral ground. One of my Christmas presents in the Sixties was ACA membership, but since being an earnest teenager I’ve been a periodic backslider. I served an ill-fated period as Vice President of the old ACA, and in the early days of the Trust I sometimes remained to be convinced of its expanded role. Now, after a year of head scratching, I’m pretty sure I have come out onside, but how can I convince the doubters amongst you? What can I tell you sceptics that you don’t already know? Perhaps nothing, but that doesn’t mean I won’t spend five hundred words trying.

None of you know that last Friday night was Pizza Night for new boss Jamie Cook and family. However, when the nosh was eaten, the dishwasher was stacked, and the kids were put to bed, Jamie still spent half an hour emailing me the reasons the Trust should be a part of all our lives. When you have looked at the endless trail of emails, and considered the volume of calls and meetings to and with the present Government, you have to conclude that without the Trust we would have spent most of the last twelve months not doing what we love most. Last spring, the Trust worked well to get us back on the water, but between January 6th and March 29th 2021, they have excelled themselves. Despite putting together huge petitions, golfers had to put away their clubs and tennis players their rackets. Like me, Martin Bowler has had his criticisms over the years, but even he famously said “if you plan to cast a line during lockdown, you have a duty to join the Angling Trust”. (Happily, a couple of thousand of us heeded his call.) Two facts are inescapable. In this day and age, angling has to have a representative voice, however much we might want simply to be “a-quiet and go an-angling”, as someone once said. Second, the Trust has amply proved that its voice is loud, clear and successfully persuasive.

Nor can I doubt any longer the Trust’s environmental credentials. Its legal arm, Fish Legal, is still fighting polluters with sharp and bared teeth. The Trust is central to endless marine issues, along with initiatives like Anglers Against Pollution, Anglers Against Litter and the formation of an All-Party Parliamentary Group For Chalk Streams. The Trust truly does seem to be fighting, or at least constantly questioning the things that are killing us like abstraction, predation and pollution, and even the present often ill-considered craze for re-wilding. Moreover, Jamie and team are showing guts. They take on the EA, Defra, the Scottish government, and whoever looks to be trampling on angling. Oh, and yes, they generally win as well.

Many of us of a certain age are inherently suspicious of all organisations and the leakage of monies, but I am now as convinced as a surly git can be that the Trust is only using money for specific, agreed purposes and outcomes. I might not be convinced about sponsorship of Team England, but that is just me, and I am impressed that even the Trust’s HR manager is part-time. Compared with some CEOs supposedly looking after the environment, Jamie Cook acts like Scrooge.

Look. There’s little point me going on about the work the Trust does, because you can all go on its website and get the detail there. The whole crux of all this is whether we need the Trust, and whether we believe in its integrity and ability to deliver. It has taken me time, but I have decided unequivocally that the Trust ticks both boxes and has earned the support of all of us. I believe Jamie himself thinks there is room for improvement and that this is a work in progress. What I am pretty damn sure of is that we should get off our tight arses and help him get there.

Start typing to see results or hit ESC to close
salmon fly fishing chub roach pike
See all results
More Stories
Farlows – The Book
This website uses cookies to improve your experience. We'll assume you're ok with this, but you can opt-out if you wish.Accept Reject Read More
Cookies Policy