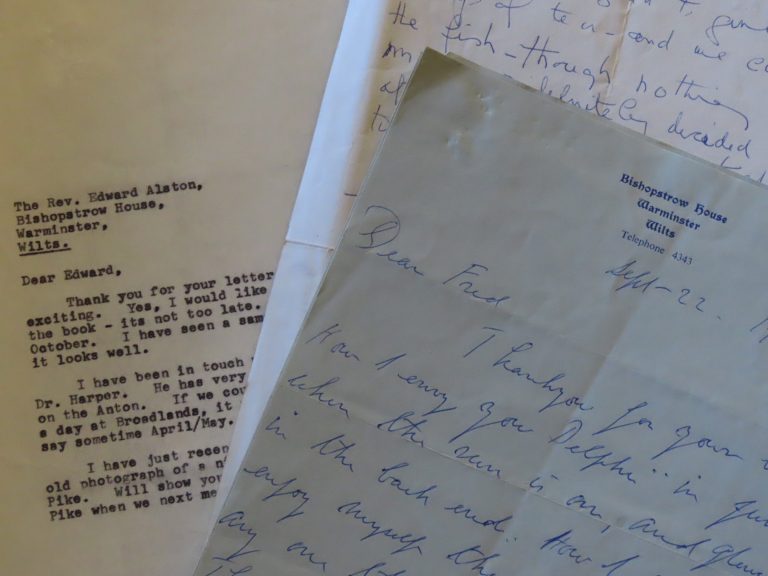 I assume that one of the pleasures of collecting, or even handling, an item of vintage fishing tackle is imagining the anglers who used and enjoyed it in the past? I felt this when talking to the wonderful Michael Nadell a few months ago when we were looking at his unique collection of London roach poles. Yes, Michael relished their beauty, but it was their connection to those Thames and Lea fishers who had used them decades ago that brought him his real joy.

I felt something of the same yesterday when rummaging amongst one of the still unsorted boxes in one of my festering sheds. There, I came across some seventy or eighty letters that had passed between Fred Buller and the Rev Alston between the years 1971 and his death in 1977. Deciphering Alston’s handwriting is not easy, especially as it became visibly more frail as the years passed, but there are snippets of great interest in there which I will try to pass on to you as I translate.

A little of Alston’s history perhaps to set us on the way. Edward Constable Alston, born 1895, was the second son of a Lincolnshire rector and a descendant of the Arctic explorer Sir John Franklin. Alston began life at as a boy seaman, and when war was declared on Germany in 1914 his ship was docked in Australia and he found himself in the Anzac army, fighting at Gallipoli. After a period on the Western Front in France, Alston went to Caius College, Cambridge where he prepared for a career in the clergy.

Alston’s livings thereafter were largely in Ireland in County Cork, and then on the West coast at Clifton. He was also vicar at East Wretham in Norfolk between 1927 and 1933. Wherever Alston served God, his rods (and his guns) were bound to accompany him, and he caught some extraordinary fish during his years as a sporting vicar of the old school. He died at the age of 82 in a Norwich hospital after a short illness.

Alston is, I believe, an interesting subject for several reasons. Like many other notable anglers in the history of British fishing, he was an all-rounder, loving his pike and salmon equally. He was furthermore the holder of the one-time tench record and, especially, the rudd record.

Alston, too, was an avid collector and possessed what was considered by Buller the finest collection of early English fishing reels in existence. For some time, Hal Thirlaway of the Piscatorial Society tried to find a permanent home for the reels, and Alston himself championed the founding of a national fishing museum where collections like his could be housed. During WW1, Alston caught his first big pike and had it set up by Homer in Forest Gate, but most of his big pike thereafter were immortalised on brown paper silhouettes, especially those taken from his favourite lake, Nafooey in Western Ireland.

What, I wonder, has become then of Alston’s reels, and of course his silhouetted pike gallery? What, I wonder, would have become of Alston’s entire legacy if Buller had not made his acquaintance in this late period of his life – after all, Alston wrote no books, not even an article on his lifetime of experiences. And without letters like these, would any records of this friendship remain? It is hard to imagine emails existing fifty years after they had been pinged.

So, let’s see where my reading of the letters takes me, and anything worthwhile will be relayed to you as and when. In the meanwhile, if anyone out there knows of the whereabouts of Alston’s treasures, how exciting that would be. And, also, are there other angling heroes of the past whose memory we should rescue before it is too late? How nice to establish a gallery of our angling forbears, who are slipping slowly into oblivion. 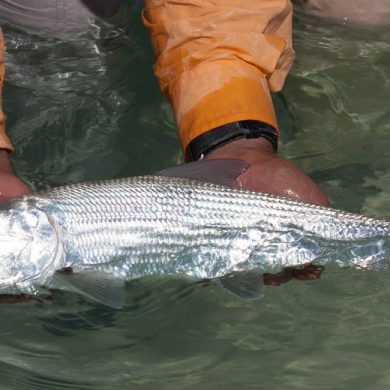