Launched in recognition of Trout & Salmon’s 60 years as the voice of game fishing, as well as reflecting on six decades of fantastic sport, the magazine also used the anniversary to shine a light on the plight of salmon stocks in the UK.

The campaign was supported by Orvis UK, who donated £1 for each pair of their waders people tried on in-store: Fieldsports Director, Richard Banbury, commented, “Orvis would like to thank their loyal customers for participating in this valuable initiative.”

Mark Lloyd, chief executive of the Angling Trust and Fish Legal and pictured above (R) receiving the cheque, said:

“Thank you to all the individuals, clubs and angling businesses who donated so generously to support the Save Our Salmon campaign.

I’d also like to thank editor Andrew Flitcroft and the T&S team for having the idea for the campaign and for all the work they have put into making it a success.”

Trout & Salmon’s April issue explains how the money raised will be spent. 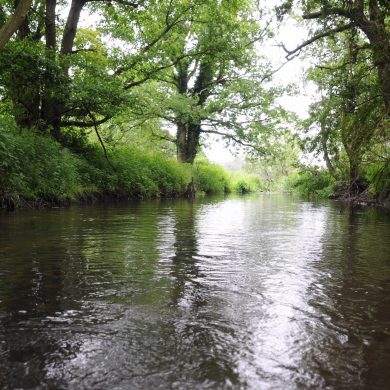