Why England’s chalk-streams are drying and dying

The pressure on our natural resources is illustrated in the quiet death of a chalk-stream. And this year 2017, they are drying and dying again. A natural disaster of our own making, happening on our doorsteps. Wild Trout Trust founder and former President, Charles Rangeley-Wilson, highlights the plight of chalk streams in the south east in a guest blog for the World Wildlife Fund.

The low downland of southern and eastern England is drained by chalk-streams. There are over 200 in total. This might sound like a lot, until you realise this is almost a global total. Because, apart from a few in northern France, you don’t get chalk-streams like ours in any other part of the world.

But southern and eastern England is the most populated part of our landscape – and the most intensively farmed too. People, farming and businesses all need water. Back in the decades after the War, when development was rising, the chalk aquifers that feed our chalk-streams were identified as a convenient and apparently limitless source of clean water. Abstraction licences were granted here there and everywhere, without a thought for the impact they might have on rivers.

But these underground aquifers were not limitless. Taking water out of the ground had a direct impact on the chalk-streams fed by that water: some stopped flowing in the headwaters, or dried up in low rainfall years. Some stopped flowing at all. Most were reduced to shadows of what they once were.

Those few who saw problems were ignored. Later, when their voices unified, the water companies tirelessly argued – with implied scientific credibility – that there was no link between abstraction and river flow. Time and again protest groups mourning the loss of their local stream, in which children once paddled or where trout and salmon spawned, were rebuffed and deflected.

What is the situation today?

When water companies were privatised the abstraction licences were bought as property rights. This made the problem several degrees more intractable. And that is more or less where we are today. Small gains have been made as result of the Herculean efforts of groups like Action for the River Kennet, or even individual river heroes like Richard Slocock in Dorset. But every river is a new battle-front and water companies still fight any attempt to claw back abstraction licences.

The reason is obvious enough: a licence to abstract one megalitre of clean chalk water per day is worth about a million pounds a year. Take that licence back and the water company has to find the water from elsewhere at considerable cost. Even if the water company is willing to do this (some are) the change has to be justified and costed. OFWAT protects the public purse, but not so far in any meaningful way the environment or the psychic wellbeing we derive from living in a healthy vibrant landscape with flowing rivers.

Thus, the whole system is paralysed in a give-and-take of environmental laws on the one hand and economic ones on the other. Meanwhile, the chalk-streams keep running out of water every time we hit a dry patch. As we have this summer.

In early May – a time of year when chalk-streams should be bursting with life – I went to photograph those that (used to) flow through the hills north of London, rivers that were once famous for their trout fishing and wildlife. Almost everywhere I stopped on my Dante-esque tour the river was either an insipid ghost, or it was simply gone. Dry as a bone … in spring!

I felt like a ghost hunter too. It’s incredibly difficult trying to take a photograph of something that isn’t there. Mostly you get what looks like no more than a furrow in the ground, something that you’d think was never even supposed to be a river. You need a measuring gauge, or a bridge or a dry ford or a “no fishing” sign, to show that what isn’t there, should be.

The calcified brickwork on those bridges was also a giveaway. Chalk water leaves chalky deposits on brickwork and stones. Sometimes these stains derive from a time before the abstraction pumps started whirring: even when these rivers are “full” nowadays, the white brickwork extends above the surface. But in May, looking at the white stains, high and dry above nothing but dust, I wondered how on earth the water companies had argued for so long that abstraction makes no difference.

Do you care about our rivers?

A few years ago when making a short film about these drying rivers for WWF, I asked everyone I could about what their local river meant to them and how they would feel if it dried up because of public water-supply abstraction. Universally the thought was an abhorrence. Rivers are cathartic and life-giving, places to relax and unwind and enjoy some peace and quiet or to play with the kids or the dog. Not around the Home Counties they’re not. To be clear: without abstraction chalks-streams like the Chess, Beane and Mimram would not dry up for mile after unbroken mile … even in a drought.

If we care about the natural world, then it is surely up to us to start by protecting that world under our feet. It doesn’t have to be the environment versus the economy. By making small concessions we can make room for a vibrant natural world in the midst of a highly developed one. That is the real environmental challenge for our generation. Bringing back our chalk-streams would be a fine place to start.

WWF are calling on the UK government to urgently address how we’re managing water. You can help by emailing your local MP and demanding action. In addition they want water companies to think about alternative ways of meeting water needs in their 2020-2025 business plans.

Watch Charles’s film for WWF from 2009 again below… 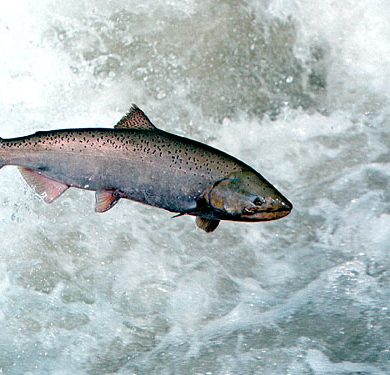