in 2014 60 out of 64 main salmon rivers failed to meet their conservation targets, following on from a very poor year for salmon in 2013, and in the face of this apparent collapse in salmon stocks, all the main angling and fisheries NGOs have written to Environment Secretary Liz Truss urging the Government to join with conservationists, fisheries interests and anglers in taking action to avert a further fall in salmon numbers.  In particular, they stress that it is essential that forthcoming cuts in Government spending do not make the situation worse by reducing further the capacity of the Environment Agency and Natural Resources Wales to regulate and monitor salmon fisheries.

The Government figures are contained in its report to NASCO – the North Atlantic Salmon Conservation Organisation – which held its annual meeting last week. More details will be contained in the Government’s Annual Assessment of Salmon Stocks and Fisheries in England and Wales, which will be published shortly.

“Although progress is being made in some areas with measures to protect salmon stocks, the overall picture is very gloomy for salmon anglers and conservationists concerned for the future of these magnificent fish.  It is essential that salmon management is protected from further government cuts or we could see these fish becoming locally extinct in some rivers in England and Wales which would be a tragedy for future generations.  Apart from anything else, salmon angling is an important part of the rural economy and our national heritage.”

“The decline in salmon numbers over the last two years is truly alarming. The salmon’s long migration to distant ocean feeding grounds and back to its native river to breed is one of the marvels of nature, but it exposes these fish to many risks. Everyone, including the Government, now need to work together to protect salmon throughout their journey and the rivers they return to.” 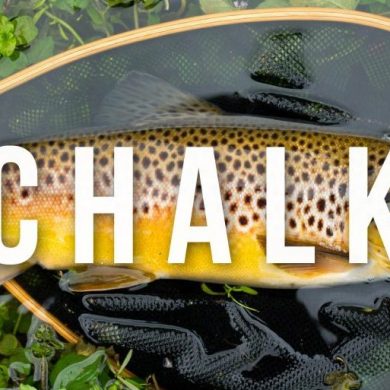 Kickstarter Campaign To Raise Funding for Chalkstream Film
This website uses cookies to improve your experience. We'll assume you're ok with this, but you can opt-out if you wish.Accept Reject Read More
Cookies Policy