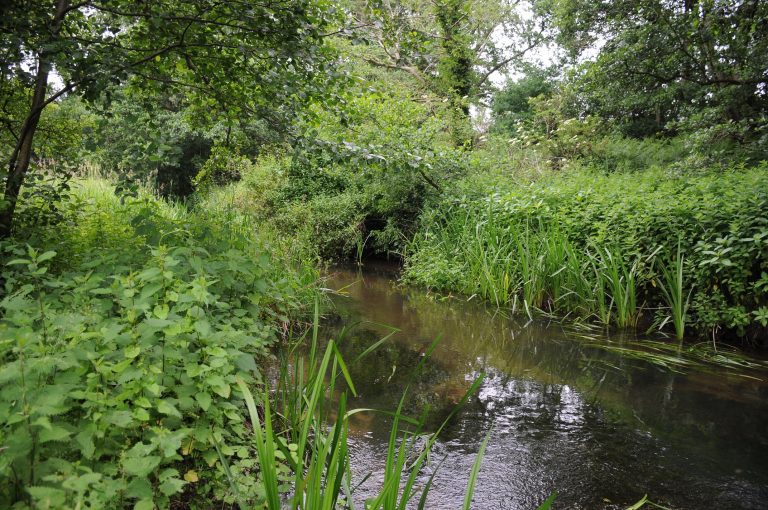 Monday, my first day back on the three mile beat of upper Bure that I rented forty years ago. It is a dull, close day and I decide to park at the bottom of the stretch and fish up it, walking back the more direct road route when I have finished… making it a four or five mile stroll in all. I guess the first thing to do is to fish, as I really want to know how stocks have fared. A quick whip through like this is hardly conclusive, but an impression might be gained, I’m thinking. So I set off with an old Hardy Lightweight combination of rod and reel, and a box of nymphs. Chesties are on as wading has always been an important way into this tight little stream.

So, overall, by 3pm, when I haul myself out of the final bend, what’s the story? I have found the river much more neglected than I left it, and there are no signs of it having been fished for many years. It is smaller than I remember it, though I agree memories play tricks. It is definitely shallower, and bends I could not get near wading back then are knee-height now. The width has shrunk for sure, though in many cases this is down to thick reed encroachment, and it would seem the flow is not as sprightly as it once was… though there has not been serious rain for a while. The silt is thicker for sure, and I don’t like the way the weed growth is coated rusty brown. Hmm… that needs checking out. 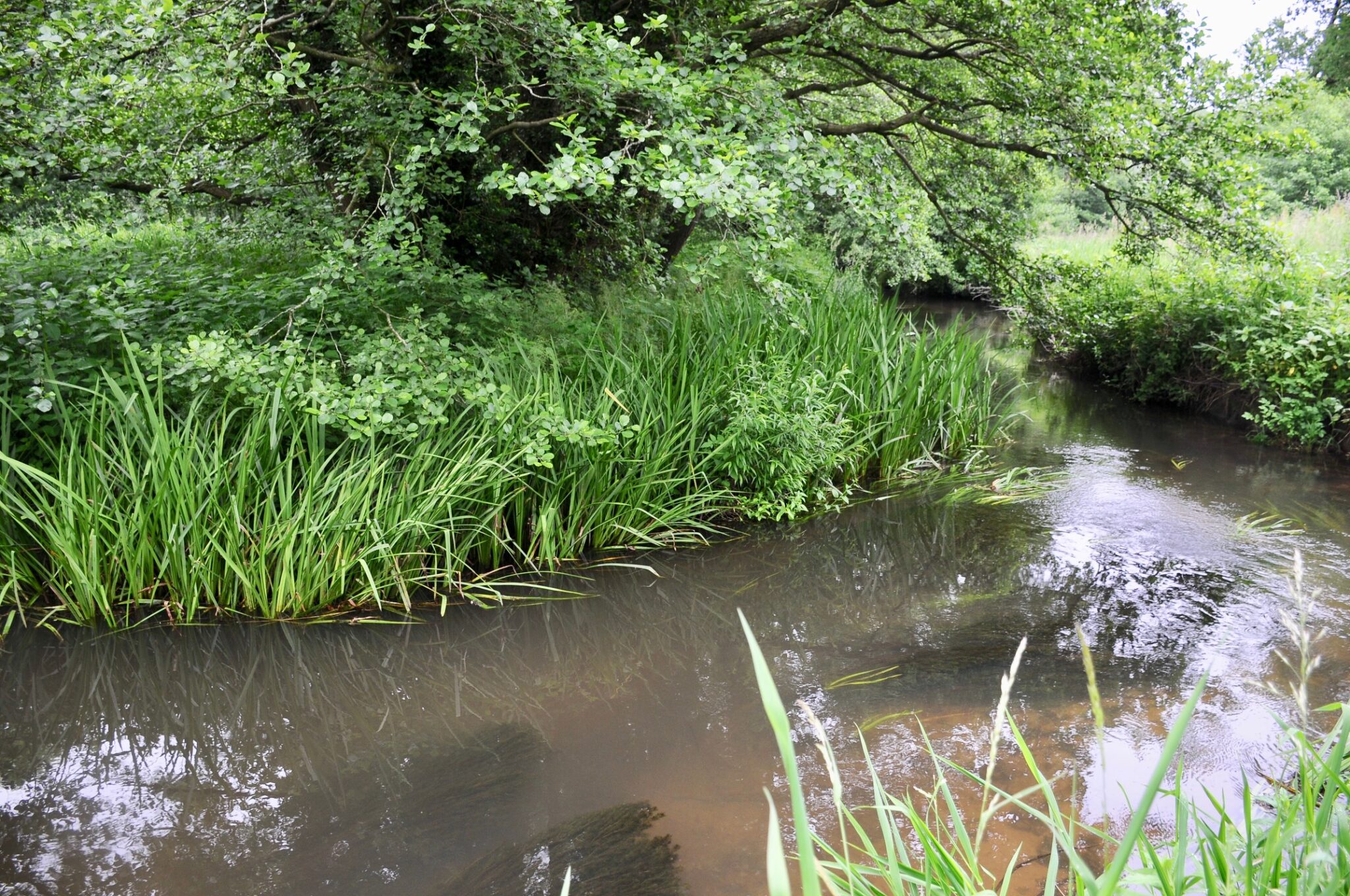 I’m mostly in the water, wading upstream as carefully and quietly as I can make it. There are many occasions I have to get out to avoid fallen trees and areas choked with reed, but I guess two of the three miles is roughly fishable – in a rough way. I am aware I am not a pretty sight. It’s mostly roll casting in a rusty fashion, as there are few occasions there is not some obstruction overhead. So overgrown is the river now that I am restricted to fishing the tightest little runs and holes, often felt, not yards away from me. For that reason, I’m using weighted nymphs of one sort or another to give me a bit of casting weight and to get down fast in a short space. The water is not as clear as I have been expecting, and I see absolutely no fish moving subsurface and there isn’t a single rise all day long.

Which of course, brings me back to the stocks and what I caught, the kernel of everything. Of dace and roach, which used to be a pleasing nuisance in 1981, there was not a whiff. During my six hours, I landed five very wild browns between four and perhaps seven ounces. (I only photographed one to avoid their stress and mine!) I also missed two pulls and, overall, I was relieved to catch anything. However, my diary tells me I did exactly the same exploratory journey in 1981, early June, shortly after I had paid over my sixty quid. I probably fished harder then and at that age, was fitter, faster and stronger. I also was out ’till 5pm, so I put in a couple more hours. Yet, then, the results were rather different. I landed sixty three trout, five over a pound with a monster of 1.06. There were thirty(ish) dace in my bag to 12 ounces and sixteen roach to around 1.08, though neither of these fish were properly weighed.

In a nutshell, that’s it for my first day. Disappointing, but not quite disastrous. There is however much room for thought. I’ve admitted I might not be quite the angler I was but, in all modesty, I don’t think I have declined as far and fast as the river. There’s food for thought here, and my next days will be spent  looking for clues. I’m not a scientist for sure, but I am a countryman through and through, and it might be I come up with some words of use… 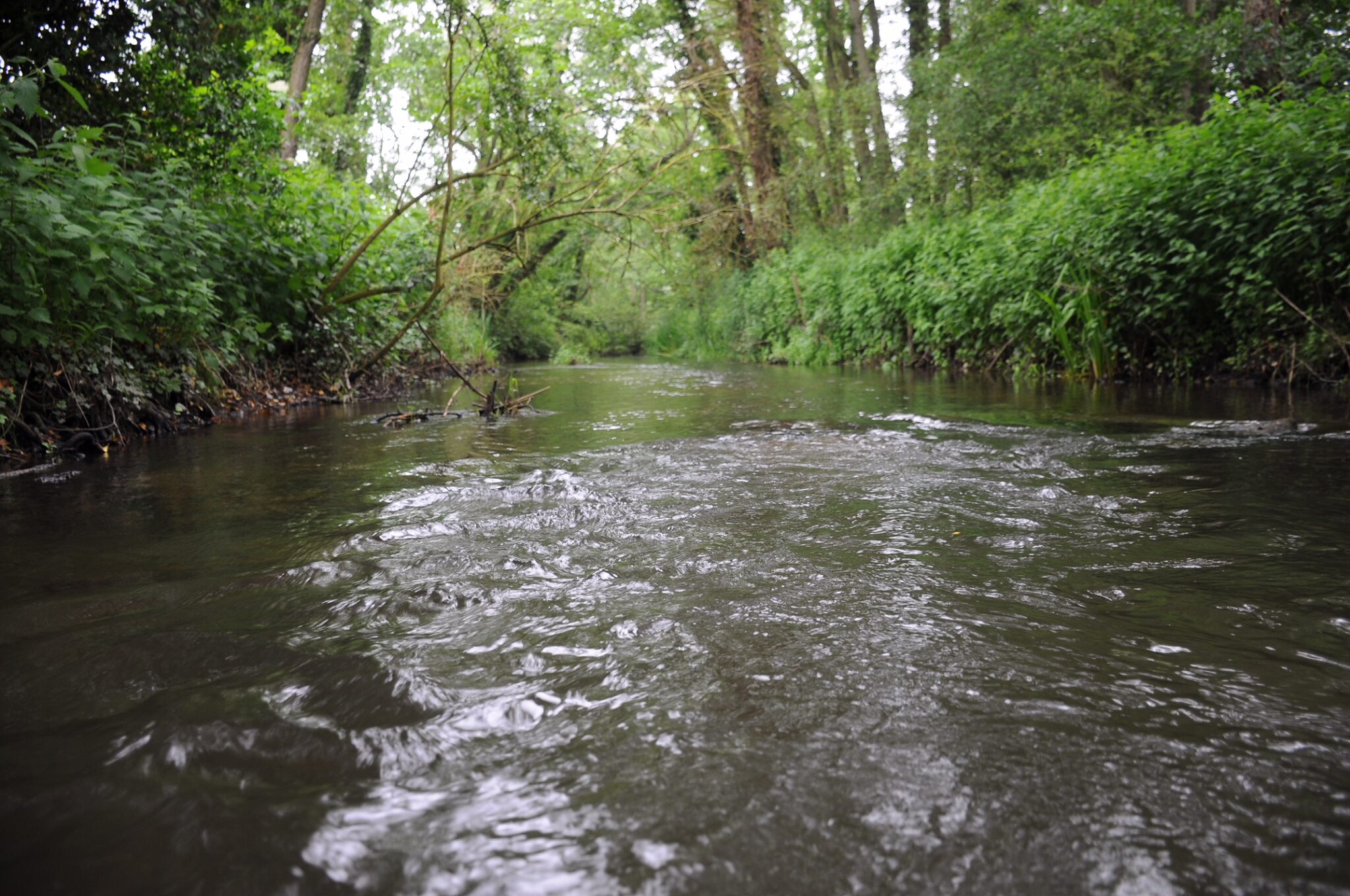