VIPs gather on the Ponoi to discuss Kola's 'wild lands'

Ponoi River Co. owner Ilya Sherbovich hosted his father Victor, son Kostya, and friends the Gavrilenkos this week on the Ponoi.  The group enjoyed the fishing on Ponoi immensely, as well as an adventurous float of the Purnache River in three rafts manned by guides Max Mamaev, Nick Sigov, and Big Dan Shelekov.  The group managed to land a few salmon while fishing the beautiful and uncharted Purnache.

Newly-elected governor to Murmansk Region Marina Kovtun joined us this past week with her husband to experience first-hand the flyfishing on the Ponoi River.  Mrs Kovtun is an avid fly fisher and supporter of tourism and natural resources, and she took the opportunity to discuss with Ilya Sherbovich the future of Ponoi and other wild lands on the Kola.  The outlook for wild lands in Russia is good, as the enthusiastic and ethical use of such resources continues to grow exponentially.

On the fishing front good success was had last week, especially on Ryabaga’s home pool, with more than 50 fish landed. High winds on Friday and the resulting turbid water had a bit of an effect on the last day’s effort, but Ryabaga anglers drove through and managed to come out with a good day’s fishing nonetheless.  Notable fish for the week included a 29lb salmon -the biggest ever caught on the river in Spring. The angler, Terry, was guided by Sergeo on Tombo. Another monster was a 19 lb salmon, landed by Graham and Guide Barrett Mattison.  Ian landed several fish of 16 lbs, and Anatoliy Gavrilenko took a salmon of 17 lbs.  Ray and Laurence both had fish of 16 and 17 lbs, Juan had an 18 lb salmon…  numerous fish in the high teens…  the list goes on!  Well done, ladies and gentlemen.

At the Brevyeni camp, the word was the Summer Run Salmon Have Arrived!!!

‘This last week we had several returning guests joining us in Brevyeni, writes Boris Mamontoff.  These friends are members of a very experienced group that continues to come each season to fish this special river, and some are marking this as their 19th consecutive season on Ponoi.  We are glad to welcome these guests to Brevyeni Camp.

‘The week started right, with 32 salmon taken by 8 rods.  Lapenyarka proved the most productive beat, followed closely by Sunken Log (our 3rd upper beat).  Guide Angus Walton had the pleasure of fishing alongside returning guest Hugh, who punctuated the week by catching an incredible chrome summer runner festooned with sea lice!  This fine fish confirmed the arrival of the summer run in Brevyeni.

‘Early in the week I guided the “The Italian Team“, a group that takes great joy in dry fly action.  The crew was excited to work the water from the bank, as we are now experiencing excellent conditions for wading. The riverbanks were beautiful, and the flow was perfect for a proper belly swing.  After the first few casts alongside the Italians, I heard some excited words from downstream.  Gabrielle was overjoyed that a salmon was rising to his famous “Green Bomber“.   “Now for the Muddler…” he said, and after a few casts he hooked an outstanding chrome fish.  The salmon jumped repeatedly and fought like a monster.

‘Among our guests this week were Hugh, Ian, Patrick, David, David and Peter.  All of these anglers (plus the Italian team of Federica and Gabrielle) surprised me with their knowledge of the Brevyeni waters.  These anglers have, over the years, fallen hard for this section of the great Ponoi River, and they took great pleasure in the Brevyeni experience, both on and off the water.  We had some exceptional river lunches, which included good laughs, relaxation, white wine, a toast of Vodka, and of course delicious repast.

‘The river is at a good level, and navigation is very safe, both by boat and on foot.  One of our guests, “Peter The Bird Watcher”, took special pleasure in wading and casting surrounded only by nature and silence.  So the days slipped dreamily by in pursuit of the mighty Atlantic salmon.

‘Multiple fish this week went near 15 lbs, with a couple of brawlers pushing 18.  The average catch per rod was close to 22 salmon for the week, and the quality was beyond compare.

‘The weather during the week was warm, with a median temperature close to 15 degrees C.  Rains caused some variation in water level and turbidity, but the Ponoi never faltered.  Lovely salmon were taken through the week.

‘Spring in Brevyeni is turning the tundra green, and the pulse of fresh fish in the system is exciting as always.  If this first Brevyeni week speaks of things to come, we will soon have reports of more incredible catches in Brevyeni waters.  Until then, best of luck.’ 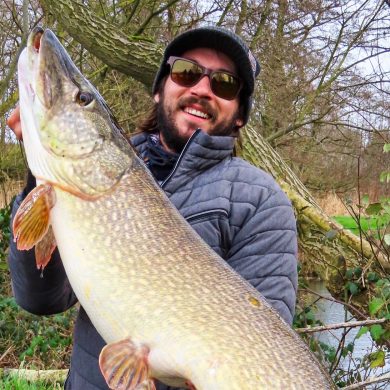