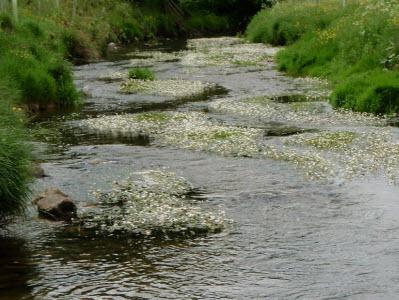 I never really agree with the cliché that there is nothing new in the sport. That would be to deny originality. There is always development, even if this is merely extension from what has gone before; and to be in denial of this is plain bigotry.

I have claimed that the frontier of the single handed sport lies in presentation; this is where the most significant developments are taking place.  Western-style is easing gradually away from a fly line centred approach to one that is fish-orientated.  Frank Sawyer and Arthur Cove, both utterly original practitioners, demonstrated the benefits of being able to perceive the fly from the fish viewpoint, rather than the human.  It is also so obvious today how the Japanese fixed line – tenkara – with which it is possible to achieve the most sublime presentation, is finding application with evermore of us western fly fishers.

I am now approaching 3,000 trout and grayling caught on leader-only techniques, which includes tenkara, and I continue to be astonished at why so few of us brought up in the western-style did not discover this much sooner.  Perhaps it is because we did not have a Sawyer or Cove presence in the sport to lead the way.  The main benefits are in presentation and (related) control, but even so there is some reluctance for us to escape the ‘traditional’ fly line school, and still less our dependence on the fly reel, though the latter is more understandable as we shall explore.  Curiously, it is in Britain where the greatest resistance is observed.  In Europe one is as likely to find an angler with a leader-only rig as with a fly line, and in America there is probably the strongest movement in the whole world, outside Japan, towards tenkara.

I believe that fly fishing is about presenting an artificial fly to the fish.  The tools and skills with which we do this are essential means to the achievement.  As we begin to question the validity of a fly line, in some or most circumstances (on the river), we might be vilified for undermining the essence of the sport, but I think this is where we go wrong.  People question where this will lead.  Actually, it has already led there: to means of better achieving the aim of improved presentation, and this has improved our skills, not the opposite.  Of course, it is not for every practitioner.  It is not for the beginner who needs to feel the mass of a fly line against the spring of the rod, and it is not for those who hold the fly line so central to their sport, which must be respected.  Indeed, casting with the fly line, married to an appropriate rod, is something to be cherished and we will never lose this.  Some have suggested that it will all lead to the use of fixed spool reels and bubble floats; well, it could for a few people, but as a result there would be horrid presentation and we would achieve nothing.  Everything we do, with leader-to-hand, and tenkara, requires extended casting skills, or (better) presentation and control skills.

I have just come home from a fascinating dry fly session on the Eden at Appleby; one which highlights the main issues emanating from the eastern and western approaches to the single-handed sport.  The river is challenging at the moment, with poor hatches in this unseasonably cool and blustery weather (it is mid-June).  Hungry fish are prowling, but are rather nymph orientated.  They are very sensitive to the danger of an approaching angler.  I chose the shallow water (<2′), where a dry fly will usually lift even fish pre-occupied with nymph.  I fished tenkara style, with a 12′ Iwana, and a very long, custom-built leader for this particular rod, at six metres, with a two metre tippet.  Total range of this rig, therefore, was in the region of 10 metres (apologies for mixing units, but even on the Continent, anglers tend to refer to depths and rod lengths in feet, and fish lengths and casting ranges in metric).  Casting and subsequent presentation to this range was sublime, as is always the way of tenkara.  The accuracy was also outstanding.  Within a few seconds of touch down, however, the increasing loss of control revealed the shortcomings.  For eight fish risen in an hour, six were hooked.  One slipped the hook immediately, while two others were lost in the ‘hand-lining’ process (see below) in bringing them to hand.  They were all fish of between 25 and 40 cm.

The rod is lifted so as to maintain contact with the fly, while avoiding drag.  Towards the end of the upstream phase of the drift, one runs out of room and the rod tip is very high, with slack line resting on the water.  If a fish takes at this time, it is very difficult to hook and usually results in excessive rod and arm movement, and even stepping away to absorb that slack.  The two fish I failed to hook on the rise were just such fish, very close to me and I had insufficient control to set the hook.  Abruptly, one is aware that this most delightfully elegant and minimal-disturbance approach, has become something else.  And it gets worse.  When a fish is hooked there is the problem of dealing with it, particularly when you draw it close.  The line is fixed, at the rod tip, and cannot be retrieved.  There are only two alternatives: we step back and beach the fish, which is often impractical when wading, or when the rod and arm are at maximum extension we have to grasp the leader or tippet itself to finally bring the fish close enough to unhook or net.  This process is both ungainly and fraught with problems, often resulting in losing the fish.  Remember we are using very fine tippets with tenkara (partly in order to protect the rod from breakage – because of that fixed line), and handling these with a lively fish just a few metres away is usually unsatisfactory, particularly with reasonably sized trout, or bigger.  Of course, we circumvent this problem to an extent by shortening the leader (and tippet) to be little longer than the rod itself.  This allows us to bring a fish to hand or net using the flex of the rod and only a little physical stretching; but this severely limits our range – and, practically, on the 12 footer this is a maximum of 24′ (~7m).

Tenkara is often referred to as being an approach applicable only to small fish and small streams.  While this is not actually the case, and we find it has application far beyond this, even highly experienced anglers have either to adjust and fine-tune their dexterity (no bad thing, of course), or limit the range and the water-type chosen for the method.  This is where the western-style, based on fly line, and more importantly fly reel, develops the advantage.  The fact that we can retrieve and yield line through the rod guides allows us to absorb the slack during a drift, maintaining control, and also during the play of a fish.  But then the very start of the process, the delivery and presentation, of either dry fly or nymph, is inferior with fly line, as is the subsequent control of drift because of that ever-present line/current interaction.

It occurs to me that the contemporary development of leader-only rigs, essentially replacing fly line, is a way that we marry the best of the eastern and western styles, almost eliminating the worst shortcomings of both.  We have the minimalism, minimal disturbance and astonishing presentation of the former, along with the casting and line gathering/ yielding, control advantages of the latter.  For an avalanching number of western fly fishers this is the happy meeting ground and what surely defines the frontier of our sport today.  We will explore this in further articles here. 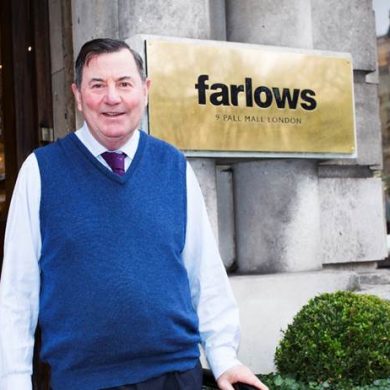