For some time, The Welsh Dee Trust, and other interests, have been concerned about the failure of the River Dee to reach its spawning Conservation Limit for Salmon.

In particular, the upper catchment (Tryweryn and tributaries and those tributaries entering Bala lake) seem to be underperforming. It is estimated that these rivers should account for 15-20% of the total spawning population of the River Dee – in recent times numbers of returning adult fish have fallen dramatically short of this.

History also shows that these tributaries were the main spawning areas of the large and once abundant Welsh Dee Spring Fish.

It is suspected that the decline may be related in part to the highly unnatural programme of large pulsed releases from the Celyn Reservoir into the River Tryweryn in addition to other current regulation practices.

Recent Scientific evidence has suggested that flow and regulation from reservoirs is often far from optimal and affected rivers require urgent study.

In view of this and as a result of the recent decline in fish returning to spawn in these key tributaries the Trust believes that a structured scientific report, investigating the historical and current release patterns from Llyn Celyn and their possible effects on the ecology of the upper catchment, needs to be undertaken.

In order to fund the study and several other Welsh Dee Atlantic Salmon enhancement projects, the Trust is pleased to announce the launch of the Welsh Dee Salmon Conservation Fund.

In an unprecedented act of generosity, the renowned sculptor Neil Dalrymple has donated a sculpture to the Trust, similar to the one pictured above, as each one is individual. This exquisitely crafted masterpiece will be awarded to the winner of a Welsh Dee Salmon Conservation Fund raffle.

The Trust hopes that the proceeds raised will yield a significant contribution to the commissioning of the scientific study. All proceeds will go directly to the Welsh Dee Salmon Conservation Fund.

If you care passionately about the welfare of the Atlantic Salmon and if you would like a chance to win this amazing sculpture please show your support by entering the draw HERE – tickets cost just £2. 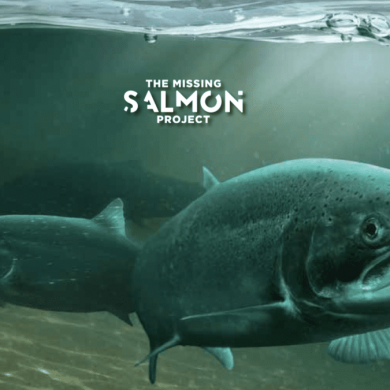