Monitoring in June of juvenile wild sea trout, witnessed by the Salmon & Trout Association (Scotland) (S&TA(S)), in Little Loch Broom in Wester Ross has revealed fish carrying huge and probably lethal numbers of the parasitic sea lice Lepeophtheirus salmonis. 45 juvenile sea trout were monitored over six days; the average number of sea lice per fish was 133 with many carrying over 200 and two over 500. A burden in excess of 13 pre-adult sea lice is known to compromise severely the survival of juvenile sea trout (note 3 below).

Little Loch Broom (a sea loch) is part of the Kennart to Gruinard area within which in both February and March this year the average number of adult female sea lice on farmed salmon at the seven fish-farms in the area was nine times over the threshold set under the salmon farming industry’s own Code of Good Practice (CoGP).

These numbers, based on data supplied by the farms themselves, have just been published by the Scottish Salmon Producers’ Organisation (SSPO) in the first in a series of Fish Health Management reports which provide area, but not farm-specific, sea lice count data. The first report recorded that in the Kennart to Gruinard area, which includes Little Loch Broom, on average each farmed salmon was carrying 4.61 adult female sea lice in February and 4.57 in March. Figures for subsequent months have yet to be published. For both these months the CoGP threshold for triggering sea lice treatments to offer some protection to wild fish is 0.5 adult female sea lice per farmed fish. The breaches in the Kennart to Gruinard area were far higher than anywhere else in the west Highlands and Islands.

Hughie Campbell Adamson, Chairman of the S&TA(S), said: “There can be no doubt that the appalling sea lice infestations now being seen on wild sea trout in Little Loch Broom are related to the fact that the numbers of adult sea lice per fish on the hundreds of thousands of farmed salmon in the vicinity earlier this year were in effect out of control. Such a reservoir of adult breeding female lice will have produced literally billions of juvenile sea lice to populate the local marine environment. Inevitably wild sea trout, migrating from local rivers, are being infested with devastating consequences.

Lice feed by grazing on the surface of the fish and eating the mucous and skin. Large numbers of lice on fragile small sea trout soon cause the loss of fins, severe scarring, secondary infections and, in time, death. Quite literally, these young fish, which do not usually experience such heavy lice burdens, are being eaten alive – a direct consequence of the failure by salmon farms to keep on-farm sea lice numbers in check.”

Mr Campbell Adamson continued: “Juvenile sea trout remain in local waters and accordingly can be monitored. Juvenile salmon however, which also leave the rivers in spring and must pass through the same lice-infested coastal waters before heading out to sea, are virtually impossible to monitor. If they pick up similar numbers of sea lice as the juvenile sea trout, then their prospects of marine survival will be similarly bleak. The chances of many of those young salmon which left Little Loch Broom this spring, given the lice burdens they would have picked up, actually surviving to return in the future are poor.”

While the fish-farms in the Kennart to Gruinard area (the Wester Ross Fisheries Limited farms at Ardmair, Corry and Ardessie and the Scottish Sea Farms’ sites at Tanera and Fada) collectively recorded the very high average adult female lice numbers in February and March, it is impossible to identify definitively the source of the subsequent explosion of juvenile lice numbers in Little Loch Broom. However there is only one farm in Little Loch Broom – Wester Ross Fisheries’ Ardessie farm. The next nearest farm is some six miles away – across open sea – from the entrance to the loch. The Ardessie farm has a dubious record of controlling sea lice.

Guy Linley-Adams, Solicitor to the S&TA(S) Aquaculture Campaign, added: “The current problems in Little Loch Broom underline just why we need publicly available weekly sea lice data on an individual farm basis (so that individual farms cannot hide behind averages) and why Scottish Ministers were so wrong to prevent such a measure being included in the recently passed Aquaculture and Fisheries Bill.

Furthermore, we need to know why, given that there were clearly massive breaches of the industry’s CoGP for sea lice earlier this year, no salmon farm company been held to account either by statutory agencies or by the SSPO?”

The Wester Ross District Salmon Fishery Board formally reported the situation in Little Loch Broom to the Fish Health Inspectorate on June 14th, asking them to investigate. To date there has been no response. 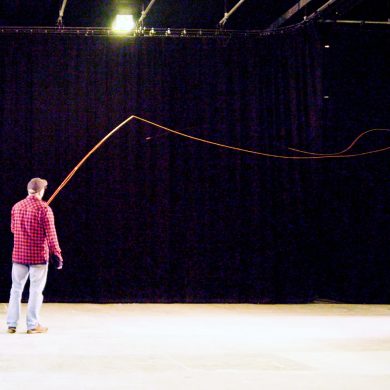