The construction and location of the proposed Navitus Bay wind farm off Dorset’s Jurassic Coast in the UK may, according to the Salmon & Trout Association and other groups, have the potential to detrimentally affect the salmon and sea trout populations from the rivers Test, Itchen, Avon, Stour, Frome and Piddle.

The Salmon & Trout Association (S&TA), Game and Wildlife Conservation Trust (GWCT), Wessex Chalk Stream and Rivers Trust (WCSRT), Test & Itchen Association and Test Salmon Group are adding their influence to concerns raised about the adverse environmental impact the project could have as evidence demonstrates there is a risk to fish, including salmon, through exposure to acoustic shock, and the construction phase of this project will produce decibel levels well in excess of the known detrimental thresholds.

Paul Knight, from the S&TA commented:

“We are deeply concerned that the noise during construction of turbine foundations could create barriers to movement for migrating fish, both adults returning to freshwater from the sea to spawn and juveniles (smolts) on their journey to sea to feed, as recognised in Navitus Bay’s own report. The lack of scientific understanding on the movement of these fish in the coastal areas – how long they stay or where they go exactly – makes it impossible to understand what impact the project could have and we believe impossible to mitigate completely.”

“While the risk of an impact has been carefully considered, the actual impact of the proposed development remains uncertain and we believe it cannot be concluded scientifically that there will be no impact on salmon populations. Salmon are protected by EU legislation and we believe that we must take a ‘precautionary approach’ to safeguard them and other protected species. We believe all possible measures should be taken to protect the endangered salmon populations of our Wessex rivers.”

“With the marked decline of Wessex rivers salmon stocks over the last few decades it is imperative that all precautionary measures are taken to ensure this proposed project does not impact on the migratory patterns of what is an already fragile population”.

“Navitus Bay should invest in research so that we better understand the migration routes through local estuaries and through coastal waters.” 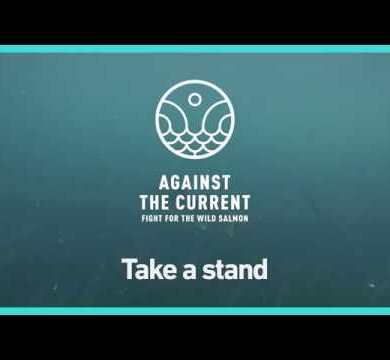