A Vintage Year on the Varzuga

2014 proved to be the best year on the Varzuga since we first arrived there in 1991 and 8,916 salmon to 174 rods was a remarkable result over a shortened six week season, shortened as a result of having to cancel the first weeks at Middle and Lower camp due to ice. Apart from one very hot spell right at the beginning of the season the weather was on our side and overall it remained cool and settled with both excellent conditions and a really strong run of salmon and grilse.

The advance party arrived at Varzuga on 5 May but found that the river was still frozen. With the forecast remaining cold, it was immediately clear that the first week of fishing at Lower and Middle camps could not go ahead. By the time we started on 17 May, the river was perfectly clear and an excellent height but then the weather changed and three days of unseasonably hot weather led to an unusually fast snow melt and a high river.

The first three days at Lower camp and Kitza were tricky in the high water but the river settled in towards the end of the first week and although Lower and Kitza had below average catches the Middle Camp started strongly with 866 salmon landed to 12 rods.

Pana opened a week later on 24 May and in the high water up there the team also experienced tougher than usual conditions. Lower down the river the bonanza really kicked in from about 22 May onwards and over the week of 24 – 31 May the 32 rods in the three camps landed 2,070 fresh spring salmon. It was particularly rewarding for us to see some excellent fish caught by the increasing numbers of lady fishers in our groups.

Once we were through the hiccup caused by the hot spell and fast snow melt the season soon developed the regular pattern of slowly dropping and warming water.

For the third year at the Lower Camp, we held our instructional week with Bill Drury and Eoin Fairgrieve and again it proved a great success. The 11 rods had two of the finest casting and fishing instructors at their side plus plenty of fresh salmon running the river to reward their improving skills; they landed 319!

The mid-season weeks, which offer true summer fishing are much sought after, so much so that between 7 and 21 June we had 52 rods fishing in three camps but only three of those rods had not fished the Varzuga before. With rain on 16 and 17 June to top the river up we had perfect conditions right into late June. There were some remarkable scores, notably Pana recorded its record week with a staggering 876 salmon to eight rods.

Kitza, with the lake system upstream to keep the water height and temperature steady, fished wonderfully until we finished there on 21 June. The last three weeks were very consistent with catches of 407, 391 and 413. As always Kitza had a number of fish in the 20lb range with three of that size landed in the last week.

Middle Camp also continued to fish consistently right to the end and to give some sense of that it is worth pointing out that in our final week of the season we landed 485 fish to 10 rods. There simply is nowhere else that this is possible and is one of the reasons why we continue to only offer such a short season – we wish to focus on the best of the very best.

It was a truly vintage season and for us it was very rewarding to see so many returning guests making the most of it and really appreciating just what an amazing salmon river the Varzuga is.

Next year the fishing starts on 16 May – don’t miss out! 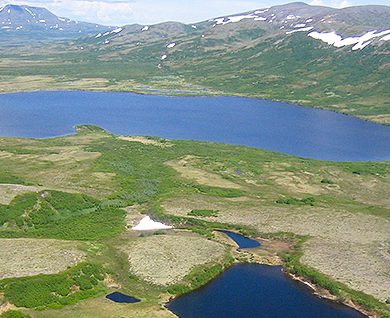 Bristol Bay Salmon Brace for Pebble Mine Settlement
This website uses cookies to improve your experience. We'll assume you're ok with this, but you can opt-out if you wish.Accept Reject Read More
Cookies Policy