The third week of the season has just ended and once again there has been a flurry of trophy fish caught by all of this week’s team.

The wind blew a constant 10 to 15 knots from the south-east throughout the week, which made the fishing conditions pleasant. Early in the week the team concentrated on the incredible numbers of bonefish that St Francois has to offer and as the week progressed and casts improved in length and accuracy and our guests turned their rods towards the bigger and more finicky species, both on and off the flats.

The trigger fishing was as good as it gets with 12 being landed for the week. Neels Heyneke landed two monster yellow margins, one of which he managed to entice on white sand while using a Pillowtalk. Andy Wright, who was spending the week on Alphonse relaxing with his wife, ventured for his first day of flats fishing on day three and landed four triggerfish in a session, which is an achievement of huge proportions.

The milkfish were, unfortunately, spread out on the flats and didn’t feed in any quantity that would justify fishing for them, which meant that none were caught during the week.

There were a fair number of GT around with numerous anglers losing flies after long fights. The first GT that was landed by Kasper Van Rooyen measured 90cm and turned out to be his first ever! The permit were around in really good numbers with five hooked momentarily before the hooks pulled out. Chris Bladen was the second angler of the season to land a permit when he enticed a beautiful 9 pounder to eat his fly.

The true spectacle was the incredible number of big yellowfin tuna and wahoo around at the moment, following the annual migration of red swimming crab.  The action was almost instant at times and carrying on for as long as there was something in the water to entice a take.

Our new resident dive instructor Hinton Faram landed his first wahoo, a monster 18kg fish and Nick Clewlow landed a 26kg Yellowfin, which ate a fast-stripped NYAP – what a week! 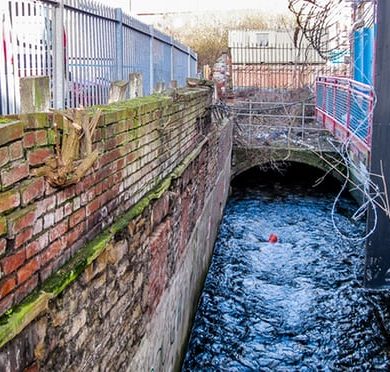 A river runs through it: the global movement to ‘daylight’ urban waterways
This website uses cookies to improve your experience. We'll assume you're ok with this, but you can opt-out if you wish.Accept Reject Read More
Cookies Policy