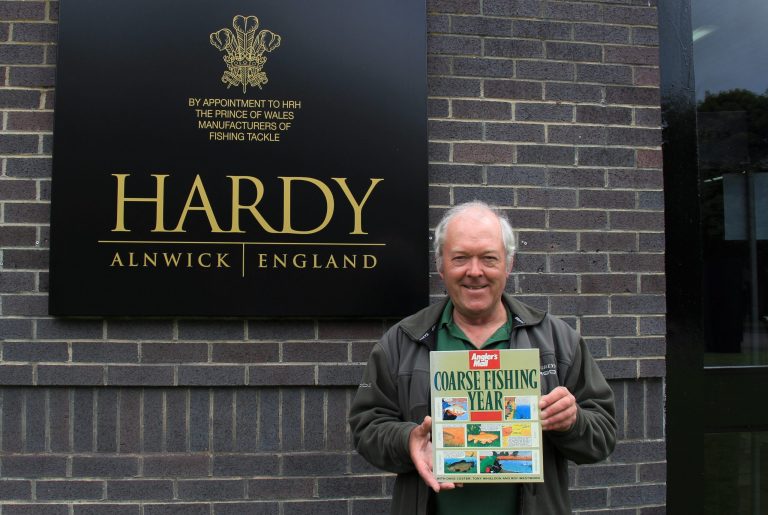 Dave Coster used to design fishing tackle for Hardy and Greys, but has now moved on to working for French fishing giants Rapala. For decades he has penned weekly features for Angler’s Mail, which sadly closed down recently. He has written several top-selling books and is now looking forward to taking Fishing Magic followers along on his angling adventures. But first, he looks back at some classic sessions, along with revealing the wide variety of venues he now loves to visit.

I have enjoyed many fantastic days fishing in Ireland over the years, although sadly, like many other anglers, I have gotten out of the habit of hopping on a ferry to Dublin. One of the best places I visited was the upper part of Inniscarra Reservoir. The old flooded water course is less wide and more natural looking here and you couldn’t find a better backdrop. The fishing was amazing too. I started on a cage feeder but got pestered by small stuff. This persuaded me to switch to a whip and I began bagging up with hand-sized roach and skimmers big time. All the activity, combined with feeding regular balls of groundbait, started to pull in bigger roach and skimmers. It got even better in the end with hybrids and proper slab-sided bream turning up. Further sessions with waggler tackle in this area resulted in big roach and rudd up to the two-pound mark. I really must go back soon.

I was working for Hardy and Greys as Product Development Manager when their German office asked me to attend a big angling show over there. I was told to pack a few essentials and that everything else would be provided. When I got to the big lake the event was set up around, there was a poster of me in front of a cordoned off peg, with tackle perfectly arranged and ready to go. They hadn’t mentioned I would be fishing in front of 10,000 spectators, alongside top European anglers, plus four times World Champion Bob Nudd! I caught a huge bream and suddenly the crowd was clapping and cheering. The German Feeder Fishing Champion was next door and got so rankled he disappeared after a couple of hours. The next day I was out on the River Elbe being filmed by big German Angling magazine Blinker and emptied the place after they said I had set up too light!

Before moving up north to work full time for Hardy and Greys, I enjoyed several happy years living in Leigh on Sea, which is next door to Southend. I used to travel down this way as a youngster, fishing from the end of the longest pier in the world, catching dabs. Going back I soon discovered some great venues close by and one of my favourites was Churchgate Fishery. I enjoyed fishing all of the lakes there, but especially the match water by the first car park.

I caught loads of carp and bream, but became hooked on the big ide the venue held. They were just as tricky as big roach to fool but eventually I nailed it, fishing a single caster on a light pole rig down the margins, catching massive ide up to 3lbs. Another place I miss is the nearby River Chelmer, where many years ago I won the Martin Shield, when match attendances used to be huge. It was a great feeling to be king of the river.

Drennan Cup winner, Gareth Goldson, invited me to a fishery in Norfolk. Some lakes tucked away in the middle of nowhere, that used to be a trout fishery, but which he said were now heaving with big roach. Nearing the place I thought it looked very familiar and then in dawned on me. My parents once lived just around the corner. I had often caught a glimpse of the lakes when visiting mum and dad, but back then there was a strictly private sign and a locked gate. Now I had an entry code and what a day I experienced. Gareth was already fishing when I arrived, netting a stream of roach on maggots with a helicopter feeder rig. I fished a waggler and it was a magical session. I started on the bottom, but after loose feed had been going in for a while, bites started coming on-the-drop. I shallowed up my rig and caned big roach and rudd in a fishing frenzy that lasted all day long.

When I used to live in London many years ago, it was always a magical experience travelling up for a day’s stick float fishing on the mighty River Trent. All those years back I was in the successful Van Den Eynde Essex County team that won a glut of major events. One of the most notable was the NFA Team Challenge Final on the rowing course at Holme Pierrepoint, just outside Nottingham. I only live 30 minutes away now but sadly angling isn’t allowed on there anymore, but the Trent is a different story. It’s all around me and it seems just as good as I remember several decades ago. One of my favourite stretches is on the tidal reaches at Collingham. I avoid the popular Cromwell Weir area because you have to book a year in advance to have a go for the massive barbel that now live there. I much prefer exploring away from the crowds and trotting a float as far downstream as I can see.

Since moving to the Midlands I have discovered a wealth of great venues and one of my favourites is just ten minutes’ drive away. It’s a holiday park at Ancaster, called Woodland Waters. There are several lakes offering as diverse a range of fishing you could ever ask for. I tend to think of it as my new back garden and almost live on the place. In fact that would be possible, because the site offers great chalets and parking for caravans, plus a smashing restaurant and bar. The large Specimen Lake is a brilliant winter hotspot for big roach and its great for bream in the warmer months. The Match Lake is a mixed bagging water, the sort of venue where you can catch on anything from method feeders to delicate float tackle. The smaller lakes are packed with carp but have secret populations of silver fish. I like targeting them when it’s cold and nobody is about to see what I’m up to.

Although I’m not over-keen about catching big hauls of carp, I do occasionally cross over the border into the commercial side of things. It’s nice to put a proper bend in your rods, or give your pole elastics a good stretching, but I couldn’t do this all the time. I do admire some of the top carp baggers, who are obviously very good at what they do. But a quick carp fix keeps me happy for ages, so I can go off exploring wilder venues. I get just as much satisfaction catching a double-figure net of silver fish from a canal, as I do tipping back a bulging keepnet full of match-sized carp. I suppose I can still be classed as a match angler, always enjoying busy sessions from whatever happens to be feeding. I fish less matches these days but still get a big buzz when I do, whether an Open or small club event. I equally enjoy targeting big fish these days, particularly with a light line approach.

I missed my canal fishing badly when I lived up in the northeast, so the first thing I did when I moved to the midlands was go exploring the disused Grantham Canal. Internet chat rooms basically said don’t bother and I could see why when I discovered miles of the waterway chocked with duckweed. It was like a green carpet, but gradually I found a few clear areas and to my amazement there was some good fishing still to be had. But the best canal find for me has been the eleven-mile Fossdyke at Lincoln. I’ve enjoyed some great sessions this year, with loads of good catches and some surprisingly big fish. Rudd to over two-pounds, perch close to that mark and tench to 7lbs, plus an amazing array of species, including silver bream. This canal is quite wide in places, so I have been applying my old canal waggler tactics, just like I used so successfully on London towpaths years ago.

I like keeping things varied venue wise. A canal one week, a lake the next, big rivers, small rivers, reservoirs, drains, gravel pits…they all do it for me. This year a friend introduced me to Staunton Harold Reservoir, which is close to East Midlands Airport. The huge expanse of water there and rugged shoreline reminds me very much of vast Irish Loughs, allowing similar methods to be used like big wagglers and long-range feeders. Float, feeder, whip, margin or long pole fishing, I enjoy every challenge. Hopefully, I can take you along with me every week now on this brilliant new adventure. I aim to cover as many interesting topics and methods as possible, wrapping up each month with a diary of where I’ve been fishing. This includes the venues, what I’ve caught and discovered, plus who I have bumped into or fished with. You never know, it might be you next time!

Start typing to see results or hit ESC to close
salmon fly fishing chub roach pike
See all results
More Stories
Fishing on the Frontier – Part 30
This website uses cookies to improve your experience. We'll assume you're ok with this, but you can opt-out if you wish.Accept Reject Read More
Cookies Policy