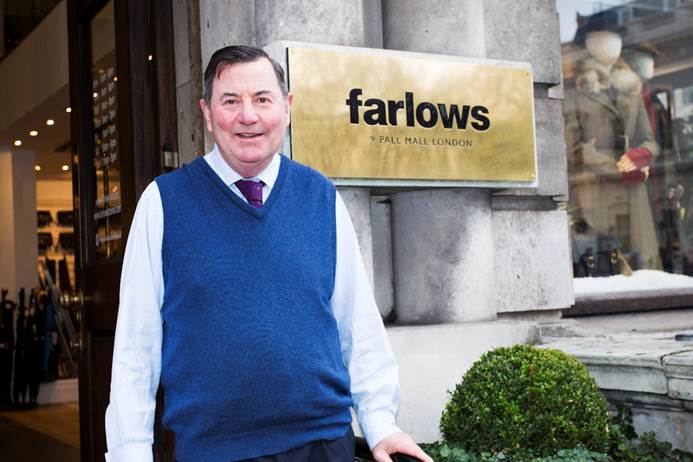 Brian Fratel to Retire from Farlows

Brian’s introduction to angling began at the age of six, fishing for mahseer with his father in the Corbett National Park, India. Since then his passion for angling has taken him all over the globe where has enjoyed fishing in Belize, the Bahamas, Cuba, Mexico and Florida for saltwater species. Freshwater fishing for game fish has led him to Norway, Canada, Russia, Alaska, Chile, India, Nepal and New Zealand. He has also fished in Australia for a range of fresh and saltwater species and his knowledge of UK fisheries is legendary, with a background in coarse as well as game species.

Farlows Managing Director, Robin Philpott, commented, “Brian has been at the heart of Farlows for longer than most people can remember so his retirement truly is the end of an era. He will be missed by colleagues and customers alike but thankfully he has done a great job in helping to equip the rest of the Farlows team with the knowledge they need to continue the Farlows tradition of expertise and exemplary service. We all wish him a well-earned, long and happy retirement.”

Although fly fishing for salmon is Brian’s first love he is by no means a purist or ‘fly fishing snob’, indeed, the much-prized Fratel Gudgeon Trophy has been contested by some of angling’s biggest names over the years and he won’t belittle anyone who wants to throw a lure or cast a bait at a fish, instead of a fly.

No matter where in the world anglers were heading to fish they always knew that if they called into Farlows Pall Mall store Brian would not only give them advice on tackle and tactics but also probably tie the killer fly for them too! Thankfully Brian’s wonderful legacy has not been lost, but has been passed onto the current generation of Farlows staff, who will continue to dispense the very best advice and expertise as Brian enjoys his retirement doing what he enjoys most, fishing!

The Fish&Fly team wish Brian all the best with his retirement and fully expect this will only mean he goes fly fishing even more often!

Start typing to see results or hit ESC to close
salmon fly fishing chub roach pike
See all results
More Stories
Recreational Angling and Conservation Survey
This website uses cookies to improve your experience. We'll assume you're ok with this, but you can opt-out if you wish.Accept Reject Read More
Cookies Policy