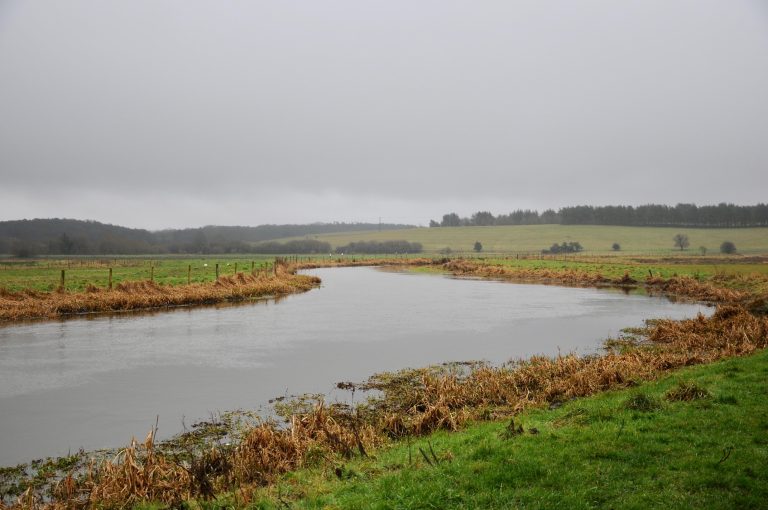 Easter Sunday was so mellow I spent it discovering hidden rivers around the new house and planting a seven foot willow in the garden. Today, though, Easter Monday, the temperatures have halved, and so it is a day of work and catching up with the Sunday papers. The ST, I noted an hour ago, has a story on page 15 entitled “Salmon spawn after rivers leap back to life”. ‘Ho hum’ I thought as I settled down to be amazed. The crux was that old hot potato about demolishing weirs and mill pools, many of which have been erected for a thousand years. However, we were also treated to the staggering conclusion to a World Wildlife Fund report that established that burbot and sturgeon are extinct in the UK. Wow! I wonder how much that report cost, especially when there isn’t any one of us who couldn’t have told the WWF that fact for free. That’s what this ST piece said to me. Waste. Waste of our money as tax and fishing licence payers.

A selection of fishery experts were quoted by the ST as saying, basically, weir pools bad, fish passes good – even at tens of thousands of pounds a pop. The river Tiffey in Norfolk was highlighted as a shining example of Environment Agency conservation work because they had spent £55k removing an obstruction under a bridge so eels could migrate more easily. Think about this, if you will. The Tiffey is a very minor tributary of the Yare, so small it is hard to find for much of its course, and whether a single elver finds it way up there these days is debatable.

But even if rafts of young eels rampaged up the Tiffey every spring, how would this work possibly benefit them? I lived in Old Costessey mill house on the Wensum for two ill-fated years. Both the months of May that I was in residence elvers swarmed up the walls of the sluice gates in a liquid, living, shimmering carpet ten feet or more high. Hundreds of thousands of them continued their way upriver without a thought or a whinge about how hard their journey was. Never in hundreds of years have mills stopped eels, and other fish, moving up and down Norfolk rivers, but now this fishery management shibboleth is so firmly entrenched we will never see the back of it.

There is so much I could add to this, based on years of incredulous examination of how our fishery experts spend our money. But what is the point? We can say what we like, write what we like, but we all know how the world works these days. Devious people no longer appear to have to answer for their wrongdoings, and fishery scientists will continue to blow our money on any scheme that offers them employment.