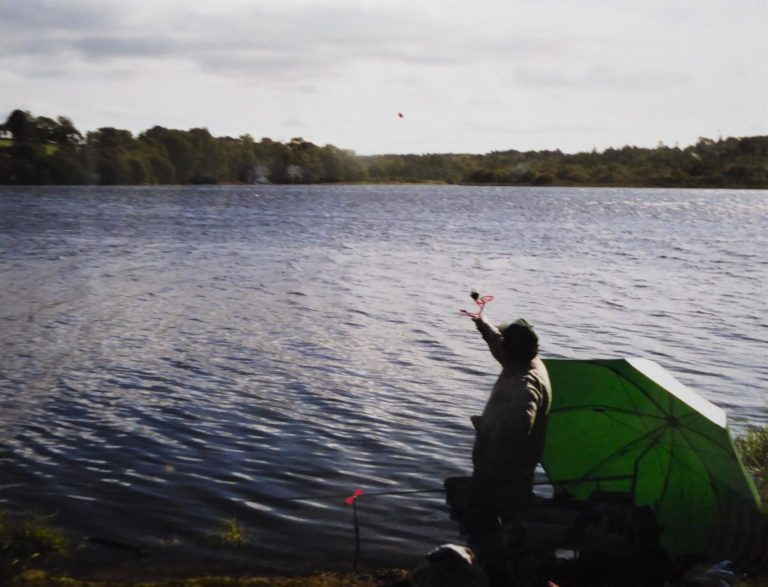 In the mid-1960s, when I was a young lad and had just started fishing, I was always struck by the astonishing front-page photographs in the Angling Times showing huge bags of bream hauled out of Irish loughs. They would appear in the middle of the old English close season when there wasn’t any coarse fishing permitted. The pictures were always the same; there would be three or four heavily dressed anglers, in oilskins, posing behind a veritable mountain of slimy Irish bream. As an impressionable teenager, it looked fantastic; it seemed like a dream destination; it must be so easy; I wanted to visit Ireland and share this experience.

My first visit was in May 1980 when I went with my wife, Sue, and my best fishing-mate Chris. It wasn’t an all-out fishing trip; we were just hoping to fit in two or three days in between sightseeing and so we were not prepared. With two pints of maggots each, a few stick floats, and ¾ oz Arlesey bombs, we were massively under-gunned for what greeted us. Irish loughs are huge, often several hundred acres, mostly shallow, rocky, reed-lined margins and almost featureless. In the days before Octoplus fishing stations, ground bait feeders, or tackle capable of a 40- or 50-yard chuck they seemed to me – brought up on Yorkshire rivers – virtually unfishable. Chris tackled up one morning and caught a couple of skimmers in three feet of water 40 yards out, but the rocky bank and strong breeze were enough to put him off. The fishing was a disaster apart from the last day when we visited the River Blackwater at Cappoquin, opposite the famous Bacon Factory, and caught dace, roach, and trout on the stick float; I had a bit of a surprise when the flow changed and backed up about ten feet; it was tidal!

The first thing we noticed in rural Ireland were the shops. They all seemed to be dual or triple purpose, complete with a lounge bar attached! So, in the high street, you’d get Murphy’s Greengrocers, Undertakers and Lounge Bar! Or O’Dowd’s Hairdressers, Butchers and Lounge Bar! It was extraordinary. Every village and town we visited was the same. The roads were equally surprising; signs were absent or misleading; the vehicles were old, dented or badly scratched and the standard of driving was, let’s say – relaxed. On one occasion we followed a donkey and cart with two milk churns for a couple of miles. The driver, a little old fella of about eighty, was fast asleep and the donkey clearly knew the way to the creamery!

Since then, I’ve been to Ireland about fifteen or sixteen times, mainly Co. Cavan, Co. Leitrim, and L. Inniscarra. I think I’ve gained a little experience about the conditions there and I thought I’d share some of my thoughts here:

Planning: this is all part of the fun. Several evenings spent discussing venues, tactics, baits etcetera. For a small party of two, for six days fishing, they would usually result in a pre-order of two 20kg sacks of white crumb and one of brown, two gallons of maggots, a gallon of casters and a few packs of worms. As the cost mounted there would be pleas of “this looks a bit much” or” do we really need all this?” to be answered with a good-natured “If we land on the bream, they’ll soon polish this lot off”: we never did!

The waters: Irish fishing is hard; I mean really hard. As I’ve mentioned, the loughs are often huge; the water’s edge is stony, almost impossible to get a rod-rest in, nor an umbrella; you struggle to get a level spot to fish. Apart from the famous bits, like the hot water stretch of Lanesborough, the waters fall into two main categories, huge loughs, several hundred acres each, and small, boggy lakes, with occasional worn-out platforms, usually holding rudd and tench.

There are rivers and canals; I’ve never fished the canals, they looked mighty shallow and weedy whenever we stopped for a look. There’s the Shannon which is good if you don’t mind either a forty-yard chuck or fishing in 16-20 feet of water; and there’s the Blackwater which is great, mainly because it resembles the Yorkshire rivers I was brought up on.

Access to banks is the key; it’s not uncommon when the water levels are high (which is most of the time) to have a six-hundred-acre lough with only three or four swims available. When the wind picks up from the usual ‘strong breeze’ to ‘moderate gale’, the things can get tricky. In my experience the wind is always in your face. I’ve suffered it for a few hours then moved to the opposite bank only to find still in my face!!

The Climate Let’s get one thing straight, it rains a lot in Ireland, and it is nearly always windy. This is demonstrated by one of my favourite photos; 40-yard chuck into a stiff breeze; heavy rain; huge bow in the line; a lusty bite, on the tip and the sidewinder, from a willing Irish roach.

The Experience You often see groups of anglers in hired minibuses; they’re invariably made up of two or three old chaps; two or three teenagers and a couple of middle-aged blokes. The old chaps are always asleep by their rods. The teenagers – if they ever actually wake up after the night before – are also asleep and usually haven’t managed to get their rods out. Then there is usually one good angler bagging-up.

The Crossing: The ferries have improved since my first visit when it was an overnight ferry with livestock on board that took over three hours. Now you can get a SeaCat catamaran that takes just over an hour and a half, just enough time for a burger and a couple of pints of Guinness.

The last time I used the ferry from Holyhead, the midday crossing was cancelled due to high winds in the Irish Sea. As the winds died a little about 6.00pm, the Captain decided that he’d give it a go; we boarded a ferry that sailed south, down the coast of Wales, and then swung around heading North West from Aberystwyth straight into Dublin with the wind behind us all the way. It was still pretty rough. We arrived at the accommodation ten hours late, at about 1.30 in the morning with the farmer’s wife asking whether we wanted any ham sandwiches or a drink or anything, I think they’d just got back from the pub.

“But the second road has a no-entry sign on it; it’s a one-way street!”

“Dats de one!”, and he was right, we took it the next day and nobody blinked an eye!

Fishing the giant reservoir, L. Inniscarra, we caught trout on the waggler, spraying maggots in the Dripsy Arm, we brought home half a dozen for the B&B proprietor who was so grateful that evening he got out the Poteen!!!

In Killishandra one morning I visited the shop across the street for some chocolate amazed to see the traffic held up by people parking three abreast outside McCarthy’s Newsagents, Hardware supplies and Lounge Bar, holding up the busy morning traffic whilst someone gets out for a paper – and nobody seems to mind!

We’ve stayed in Ballinamore a few times, it had a population of 1760 people and has 26 bars. I live in a village in Norfolk with a few more people and we struggle to keep one pub going.

I could go on…

I’ve lost touch a bit, I haven’t been for about 10 years; anyone one else got great memories of Ireland fishing? 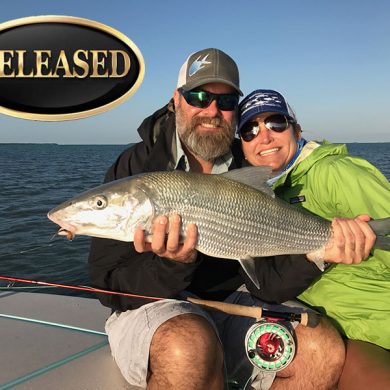 Trophy Bonefish Adds Captor to Exclusive Fly Fishing Club
This website uses cookies to improve your experience. We'll assume you're ok with this, but you can opt-out if you wish.Accept Reject Read More
Cookies Policy