Fishing on the Frontier – Part 25

I have just returned from my best ever trip to the San, which is saying something, because I had thought some of my previous trips unbeatable!

Throughout this autumn the river has been low and clear, with outstanding hatches of ephemerids, along with spectacular sedges and stoneflies, though it has been the Blue Winged Olives that have been most exciting, lifting the fish into feeding frenzies lasting for several hours through just about every day.

The tail water immediately below the dams, for about 15 kilometres downstream has been exceptional.  We fished a different area each day and the five of us were alone on the river all the time.  We usually got onto the river between 10 and 11 am (mornings are generally very quiet on the San) and fished until it was dark, a little before 7 pm. The hatches began to trickle at about mid-day, immediately bringing up the fish, and seemed to reach a crescendo at about 3 in the afternoon, gradually petering out and being replaced by the egg layers and spent fly; the ubiquitous sherry spinner.  Round about here you might start to think that I am exaggerating, because all of us reasoned that what we had experienced was quite simply a natural wonder of this world.  The hatch, at its peak consisted of countless billions, almost carpeting the surface.  In all my years of fly fishing and observing rivers I have never seen so many flies hatching, and neither have I seen so many fish rising.  Honestly, any one of us, standing almost anywhere in the river could have cast to a 100 fish within a 10 metre range.

When trout and grayling feed like this, on an unparalleled wealth of invertebrates, their pre-occupation is total.  They are extremely difficult to catch.  You can put your fly, as good and imitation as, say, a single plume tip CdC olive can be, repeatedly over their drift paths and yet they clip off naturals all around, steadfastly refusing your fly.  We all found the trout and particularly the grayling, much easier to catch either side of the main hatch, though the spinner falls later in the evening also came with their associated challenge of requiring super accurate casting at specific target fish.

This provided the opportunity for experimentation, particularly as the members of our group were very experienced river fly fishers.  While I fished almost exclusively, and conservatively, with size 19 and 21 (Tiemco 103BL) single plume tip CdC olives, Barry Unwin rang the changes with various dries, and also dabbled with duo technique.  Paul Fear ranged from single dry fly, to the increasingly popular French indicator leader style, with some duo fishing as well, while Pat Stevens, who loves his nymph fishing more than anything else, explored the possibilities with deep-lying fish with his tungsten bodied grub imitations (in the faster, deeper runs).  All were successful, no question, and two of us had the pleasure, and then disappointment, as we watched Pat hook, play and finally lose a truly giant grayling on the Bidoz deep nymph.  Barry was very successful with some comparatively startling flies such as a Slovenian sedge variant, and even a big Klink (usually utterly useless on San), which seemed to knock the fish off their pre-occupation.

The most interesting comparison, however, was the effectiveness of Paul Fear with the French indicator rig against the classic, micro dries.  It has to be said that the latter won comfortably.  I did also have the pleasure of watching one of the French national team fishing down a run with the indicator rig and micro nymphs, while I cooked a barbeque for the boys on our last day down on the awesome island water.  In perhaps an hour he caught six or seven trout, and I thought he fished the technique rather well.  Later that day, however, Paul fished this same run of pocket water with duo and very quickly ran into double figures of trout, while I did the same with the size 19 CdCs.  Three very good anglers went through that same water, at different times, and it was a toss up whether single micro dry or duo won the day.  Indicator nymph rig was simply way behind.

This brings me to my point (other than the overwhelming, astonishing quality of fishing on the autumn San).  The French indicator leader has been heralded as either the panacea method or the most destructive method on our rivers which has no place in ‘true’ fly fishing and should be restricted to the competitive arena (if that).  Actually neither is the case.  I have seen this situation several times before.  As examples we had the ubiquitous gold head nymphs which were destined, apparently, to empty our rivers, followed by the terrifying Czech nymph technique.  In the event, and the considered passage of time, all these methods and flies have added to our effectiveness, once mastered, and certainly have caught us a lot of fish, but they have not resulted in the ruination of our rivers and a decline in trout and grayling stocks.  The relatively new indicator leader rigs will add still more, but they will not collectively prove to be a panacea and neither will this general method exterminate the poor fish.  What this sensitive technique does give us, in all its variety, is a very effective approach in an extremely limited range of conditions.  The water needs ideally to be low and clear, and fairly slow moving, and the practitioner will have to be an extremely skilled wader (as with all effective river techniques).  You see, the key to successful single-handed fly rod river fishing is good presentation at effective range and angle.  This, on a river of any appreciable size, such as the San, necessitates good wading technique, principally to shorten the range between angler and target fish to sub 10 metres.  Anything beyond, including with the indicator leader rigs and all ‘sight’ fishing, results in a total loss of leader and fly control.

At its best, in water described above, and in calm conditions, the indicator leader rigs, including the floating coil indicators described previously in this series, provide access to nymph feeding fish which might otherwise be very difficult to tempt to take the nymphs, or if they did it would be almost impossible to register the takes.  I suggest, however, that this approach requires probably the most advanced and difficult wading technique of all.  It is absolutely crucial to have a range no greater than 10 metres to the target fish, and preferably around six metres.  Getting this close to fish without spooking them, which almost defines excellence in river technique, is always challenging.  This is crucial with all methods, of course, but remember the sort of water in which the long indicator leaders really come into their own.  In this low, clear water the angler must steal up on his targets.  I don’t think this game is hardly ever any tougher, or any more enthralling and rewarding, than that. 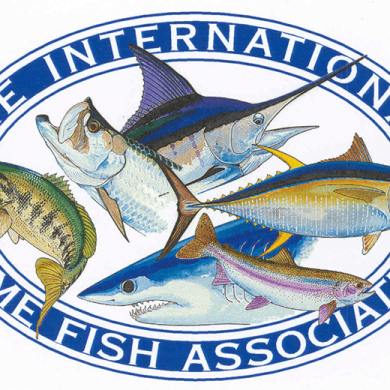