Fishing on the Frontier – Part 26

I thought it best to update the Frontier series, appropriately, with the year’s San River report. It is very difficult to write this, however, because I know that it will seem unbelievable.

Bear in mind that this season followed a comparatively poor 2008, which was spoiled by frequent floods and a scarcity of fish until the autumn. From a rather ordinary start in May this year the river was up and down with cold tail water release from the dams (following a winter of heavy snow) and the fishing was slow to develop.    Then, in late June, the magic began to return.  Wojtek Gibinski started reporting back to me that the groups were finding plenty of brown trout, though grayling were scarce.  The water remained mostly low, and this actually persisted throughout the rest of the season, with only a few days when heavy rain coloured and lifted the flow.

All the early season groups enjoyed their trips, but unfortunately only glimpsed the San’s potential.  My own first trip was at the end of July.  We followed the small Fish & Fly group on the river so knew what to expect, after hearing that Dave Southall and his companions had enjoyed excellent low water sport with long leaders and mostly dry fly.  My group was five strong, with Lawrence Greasley, Stuart Crooks, Gerald Collins, and Joe Zienowicz from America who added a lot to the party.  I split my time between guiding and actually fishing, and for the first time in more than a year, began to re-engage the magnificent San and its legendary fish.  Catches of trout for everyone in the group were in double figures each day, and Lawrence and Stuart were both catching upwards of 30 a day, mostly on duo style.  Good trout these, averaging perhaps 25cm, but with plenty of fish over 30cm.  At the beginning of the trip everyone in the party was a little disappointed in the lack of grayling until I demonstrated that you had to fish through the aggressively feeding trout before you had a chance of the grayling.  On two occasions I ‘planted’ myself in prime grayling areas, caught most of the feeding trout within the first 30 minutes and then into double figures of grayling, picking off individually rising fish with size 19 single plume tip CdC upwings.  On these two occasions I caught 20 fish, roughly even numbers of trout (first) and grayling, barely moving my feet.  It was also obvious that with the trout cleared from the water, effectively with duo, the small dry fly presentation was the superior method for catching the better quality grayling, though this is common to most rivers I fish.  Stuart and Gerald shared the prize for the biggest fish, with Gerald particularly happy with an enormous trout of 60 cm (estimated in excess of five pounds, and could have been seven) on a PTN.  Most of us had grayling over 40cm, up to 45cm.  I came away from this trip delighted with the whole Pioneer set-up, but mostly, of course, because the fishing was so obviously returning to classic San, with the only question mark being the numbers of big grayling out there.

After our usual quiet August, when we try not to put too many guests in the lodge, giving Wojtek and Richard a well-earned break, September dispelled any uncertainty any of us had harboured about the awesome San.  What followed were two of the best months ever experienced on this incredible river, with hatches and catches that even now seem unbelievable.  The peak of activity was somewhere around the first week of October, when I was lucky enough to be hosting a group consisting of Barry Unwin, Paul Fear, Pat Stevens and Patrick Doherty.  This was a very experienced group and I for one was left metaphorically on my knees, humbled by what I saw that week.  I don’t think, even now, that I could come to terms with it.  The scale of the hatches of BWO were unprecedented in my witness on any river in the world.  The numbers of fish, both trout and grayling, rising at the emergers, duns and spinners were astonishing.  For long periods of each day, any one of us, no matter where we were standing in the river, could have cast at 100 rising fish, within a range of 10 metres!

On the last day of this trip we all fished on the virtual wilderness water of the islands at Zaluz, which is seldom ever fished by anyone else (because it is so far away from the popular No Kill sector.  Both Barry and Paul caught incredible numbers of fish that day, with Barry actually scoring over a hundred trout.  I thought I was racing through the day, fishing a mixture of duo and the single plume tip, with 36 trout, four grayling, two dace and one chub!

All the groups, including those hosted by Stuart Crofts, John Tyzack and Paul Proctor, either side of my group, enjoyed similar quality of fishing.  I don’t think it will be possible for the San, or anywhere on the planet, to give fishing to better what September and October 09 actually gave us, but then this astonishing river just might give at least as good.

So far as lessons learned are concerned; I actually believe we discovered a great deal this year, largely because of the San.  Most importantly: if on mixed trout and grayling water, then fish through the aggressive, forgiving trout until the grayling can compete and take the fly. You can catch a few trout and move on to new ground, only to entirely miss the opportunity for grayling.  This happens so much on the San.

Several times this season I have fished alongside good anglers fishing different methods, including the now ubiquitous French Leader technique (which I have come to dislike).  For me, every time, provided the water is not too deep or coloured, and the wind not too gusty, I claim the single dry fly (ideally a single plume tip CdC) wins out.  In slightly more inclement water and wind conditions, then the micro duo excels; still allowing you to fish effective dry fly, with the bonus of a small nymph taking perhaps half the catch and also stabilising the drift of the dry.  Beyond that, a heavier duo set-up, or even trio rig (for deep water), is supreme.  Czech nymph now comes right at the bottom of my list of effective methods, essentially restricted to ‘seam’ or ‘crease’ water of between two and six feet in depth.  Good spider and upstream nymph technique (without indicator) fit somewhere within this range, depending on the skill of the angler, because to fish this style well requires great skill and practice.  It is, after all, far easier to fish the forgiving, standard duo rig, in a wide range of water types, with greater effect than a well presented upstream spider.  It has to do with a lack of control over the latter and a lack of take detection.  And the French leader?  Like Czech nymph style, it requires a very restricted range of water types (low, clear and not too fast) to work really well.  Put it alongside dry and micro duo on that low, clear water, and I would be surprised if it outfished either technique.  It never did this year on San (which gave us a lot of suitable water conditions).

Next June the World Championships come to the San, and the word is with the top teams who have already practiced extensively on this river (Poland, Czech, France, Italy), that the French Leader technique will dominate.  I am far from convinced.  If I was fishing I would be thinking dry first and foremost, with the fall back of micro duo to give me good presentation in more challenging conditions.  Anyway, that is next season.  We can wait a while for that and just bask in the astonishing memories we have of this year’s fishing on this, the best mixed trout and grayling fishery in Europe. 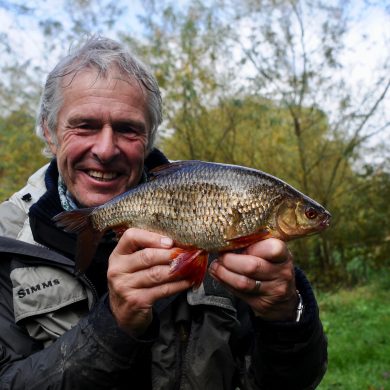