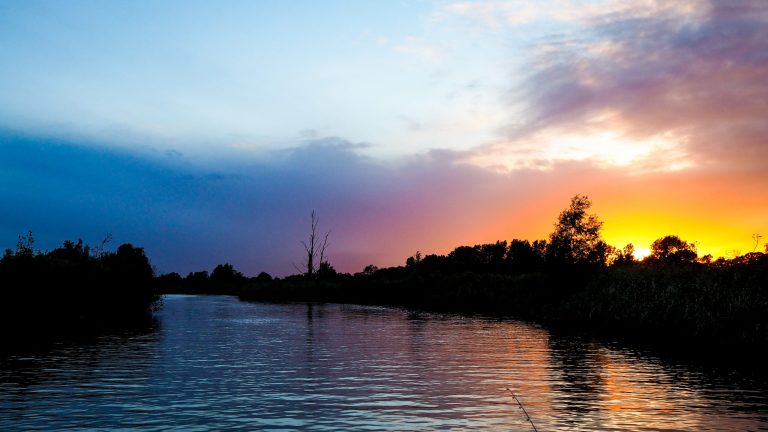 A Start on the Pike

With changing weather and time on my hands, it was time to set out after pike. My first session of the autumn. Last week I wrote about my autumn lure choice, now it was time to test the logic. I decided to head out with my friend Everson for a session on the boat. It would be my first pike session since March, and I was keen to get off the mark. Everson, however, had a goal in mind. Having caught great fish on bait tactics, he now wanted a big one on the lure. With a lure-caught best just over 19lbs, his mission is to catch a 20lb river pike.

We decided to head out for an afternoon on the river. The plan, to start covering ground, hopping from bay to bay with large lures. A tactic that usually prevails early season. I rigged up with a large tail bait, the 17cm hard eel, while Everson took the paddle tail approach. We fished through a few swims and bays, a slow start until I got my first take of the day. While working my lure fast over a decaying pad bed a pike emerged from the gloom, hitting the lure a foot below the surface. A fighting fit fish of around 7-8lbs. An acrobatic display, with a few great tailwalks and jumps following before the fish hit the net. Great motivation for the pike fishing ahead.

We covered several more bends and bays over the next hour or so, with little action, when we arrived at a very prolific zone. An area I’ve caught big pike from in the past. I fished the shallow feature inside the bay, while Everson covered the deeper edges and drop-offs. Suddenly, I turned round to see Everson hooked up to a good fish, the drag clicking and boils of a large mass beneath the surface. We struggled to stay calm, believing it to be a potential PB. A broad head broke surface, and the pike made a tremendous tail-walk, followed by another great run. Soon the fish ran out of steam. I quickly scooped the net beneath Everson’s metre-plus pike. A long lean fish of 18lbs, not a PB, but his second biggest lure-caught capture.

With new found confidence we fished on with the big lures, but were struggling to tempt any large fish. So, with dusk drawing in, we went on the hunt, looking for the shoals of skimmers and roach being harassed by hungry predators. We moved out from the tree-covered sections and into the barren areas, with little visible feature, just miles of flowing Norfolk reed. I scanned bank to bank, using side imaging sonar. Looking for pockets of fish. Occasionally we would encounter tight clusters of small roach, stopping to fish around them. Everson took the large lure approach while I fined down, opting to fish a 9cm shad close to the bottom. Testing the water for anything that would bite.

We picked up a few fish by spotting shoals, and returned to target the area. The smaller lures excelled for this style of fishing, picking up perch and jacks. After a few stops we scanned a large shoal of small roach, pushed tight to the reed beds. I quickly dropped the weights, making casts back towards the shoal. After a few minutes working the swim the tip slammed round and I hooked up to a strong fish. I kept the pressure on, powerless for a few moments as the fish took line and the light rod bent double. Using a fine wire trace I was able to put plenty of pressure on, soon steering the fish towards the boat, where it made one final run for the ropes. After a hectic moment I reached for the net and landed a lovely double figure pike. A pretty fish in lean condition, and a great one to end the evening on.

I managed to slip out a few days later for another quick session on the water. Following the same pattern, I quickly hooked another fish. This one went berserk, making some big runs before I subdued it and the fish hit the net. Unfortunately, this one was carrying someone’s lost treble trace. Luckily, with a bit of care, we were able to remove the hooks from deep in the pike’s stomach. A lovely long fish, which will hopefully recover and pile the weight back on.

The fuel situation in Norfolk has been unreal, with many petrol stations closed or offering restrictions. So, with no chance of fuel for the boat or leisure, that was it for the pike fishing. At least until the chaos blows over later in the week.

Start typing to see results or hit ESC to close
salmon fly fishing chub roach pike
See all results
More Stories
Astove – The Video!
This website uses cookies to improve your experience. We'll assume you're ok with this, but you can opt-out if you wish.Accept Reject Read More
Cookies Policy