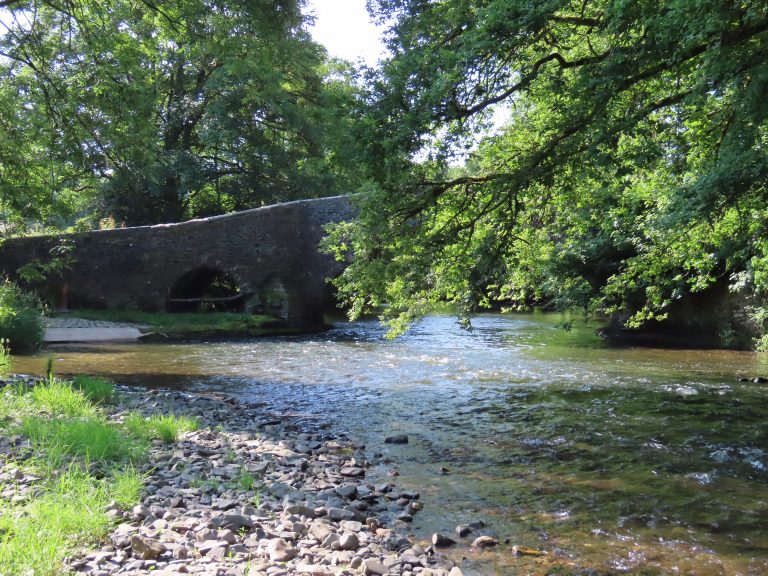 More Thoughts From A Devon Heatwave 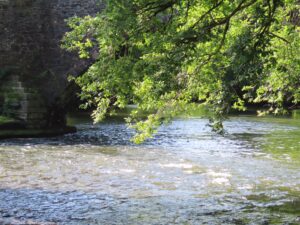 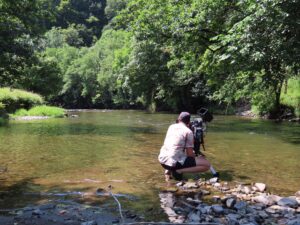 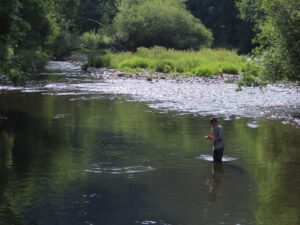 In response to R’s comments on salmonids in the heat, I find the subject critically interesting. In the event, we fished languidly, simply for visual images without any hope of hooking anything, and in that we were barely disappointed. The important consideration here is for the fish, and in that we must all be in accord, I am quite sure.

Things have changed over the years. Back in the early Eighties, when I fished the Barle out of the Tarr Steps, it never occurred to us to return the fish we caught, not me, not any of the guests. Now, like everyone else, I haven’t killed a salmon in a quarter of a century.

We are right to fret and refrain from doing our wild fish harm, and I find the statistics put forward both fascinating and sobering. Is there a temperature to be reached when game anglers simply say we put away the rods ’till rain returns? Should we consider air temperatures, water temperatures, or both? Presumably, a chalk stream will run cooler than a rain-fed river?

Are trout less or more resistant than salmon? Is a rainbow less fragile than a brown, and should stillwaters be included in this proposal? Or do we vote with our feet anyway? I noted that a nearby put-and-take fishery was completely deserted on Monday just gone. Should all this be left to fishery owners, or clubs, or to our own consciences? Or should the EA actually do something and impose some legislative restraints?

Of course, if I had fished like a dervish back on the Exe, I doubt if I would have persuaded a single trout to take, so the fish could be said to look after themselves by and large. (We did consider returning after pub time, but dismissed that purely out of regard for the fish btw). Still, in this age of self-examination, I agree with R that it does no harm to prove to the world that we are the good guys and girls we say we are.

And indeed, we often have been the great guardians of the river that we claim to be. Three years ago, I am reliably informed, the Yorkshire Fly Fishers and the Mid Ribble Anglers asked their members to refrain voluntarily from fishing in conditions similar to these now.

A fundamental question is whether this week of 30 degree-plus temperatures is a phenomenon, or whether it will become the norm as a result of climate change? If that were to be the case, then perhaps measures to relieve the stress on salmonids at these times would need to be looked at from a more structured point of view?

Start typing to see results or hit ESC to close
salmon fly fishing chub roach pike
See all results
More Stories
Controversy Circles Around Record Mako Shark
This website uses cookies to improve your experience. We'll assume you're ok with this, but you can opt-out if you wish.Accept Reject Read More
Cookies Policy