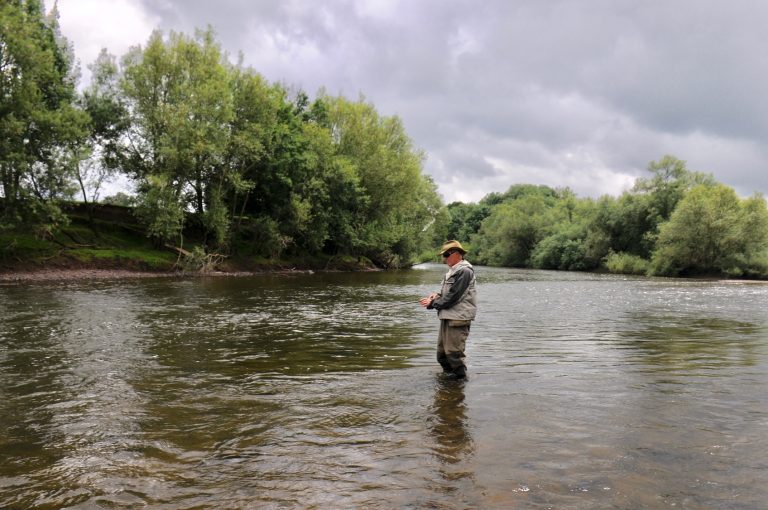 Here at Thomas Turner we specialise in vintage and retro tackle, and pride ourselves on our knowledge of the subject. You could rightly say that tackle is our Passion, and we are always here to buy, to sell, and above all, offer advice on the gear you might just have found in your garage. All well and good, but there is a word missing: “fishing”. We might know one Hardy Perfect reel from another, but our core is fishing. Here we are all fishing people, and the fish, and rivers especially, are absolutely central to what our world is about. Therefore we cannot ignore the crisis that is unfolding, and the growing storm over how our rivers are managed. What follows is where Thomas Turner stands on this most contentious of subjects but also, and vitally, where are you with your thoughts on the future of your rivers? We truly are in this river nightmare together.

There is absolutely nothing new about the battle for clean rivers. The “Great Stink” that afflicted the Thames at Westminster in the 1850s led to the building of the capital’s sewers. The Salmon and Trout Association was founded as far back as 1903, and the pollution-battling Anglers Conservation Association followed in 1948. Over the years there has been the Mundella Act, the Clean Rivers Act, and the formation of the Pure Rivers Society. Great angling editors like Francis Francis, William Senior and Hugh Tempest Sheringham campaigned tirelessly for clean rivers a century ago. Since then, we have applauded the Atlantic Salmon Trust and the fight Hugh Falkus waged against acid rain. And yet, despite all these battles, the war has never been so far from being won as it is today. 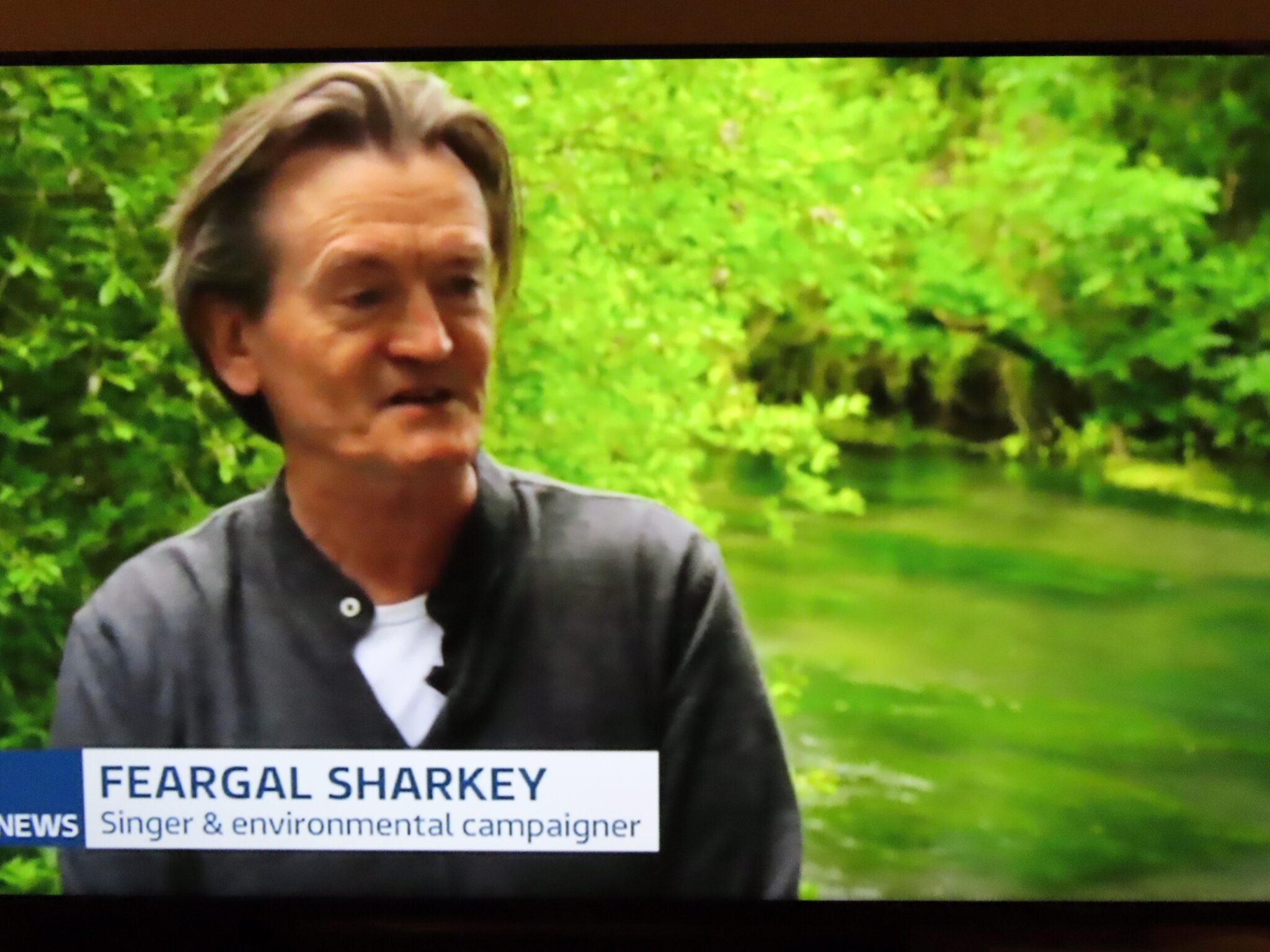 Right now, it is impossible to ignore the state our rivers are in… unless you are in government, or one of the statutory authorities who should be doing something about it all. In every section of the media we are bombarded by reports of rivers in peril, and so loud and so confusing is the clamour that it’s all but impossible to make sense of any of it. But let’s try. As ever, Thomas Turner is here to help!! Let’s look at the Villains first.

Perhaps “Villains” is a strong word and too emotive, but we should be tired of sitting on fences, pussyfooting around this crime against the environment. Let’s start with the dredging and draining practices that began after the Second World War. Deep dredging canalised miles of river, with the view of draining historic flood meadows and rushing excess water to the sea. Many rivers lost 75% of their natural habitat in the drive to create more farmland that has largely resulted in downstream flooding. Upland rivers have suffered from overgrazing, ill-advised forestry, ploughing, and peat exploitation.

Let’s turn to the pharmaceutical industry, responsible for antibiotics, contraceptive pills and antidepressants which go down our waste pipes. Water companies can’t deal with the residue which ends up in rivers, messing with fish, birds and invertebrates. Whilst an ever more dependent society might need these drugs, should not Unilever, GlaxoSmithKline and the rest pay to clean the effects of their products? 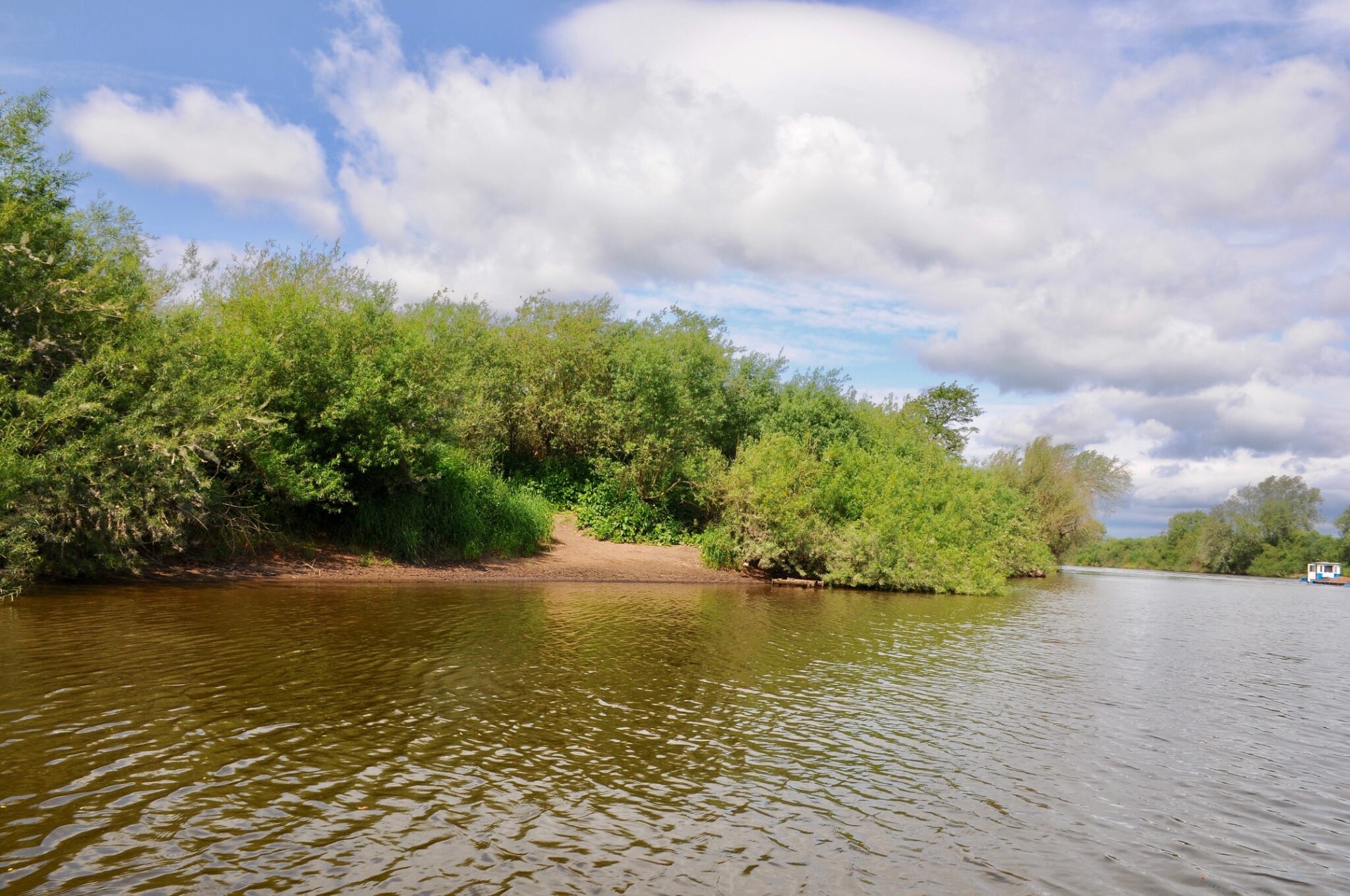 What about sewage, much of it untreated and dumped into our rivers? This is a curse, especially after rain when outdated treatment plants are overwhelmed. There are tens, if not hundreds of thousands of illegal sewage spills annually, and at Twickenham a billion litres of sewage a day can sometimes find its way into the Thames. In 2019, water companies spent 1.5 million hours discharging sewage into rivers, and Wessex Water dumped sewage into the Hampshire Avon catchment for 14,642 hours. The Windrush Versus Sewage Group has been set up to deal with this scandal in Oxfordshire, but why do citizens have to deal with these crimes, and not the so-called regulators?

We can’t let industry off completely, but agriculture has attracted every spotlight as a major river polluter. 60-70% of damaging phosphates in our rivers come directly from farming practices. Agriculture depends on insectides, pesticides and every “cide’” you can think of, and yet it is scarcely regulated at all. A typical farm can expect an inspection on average every 263 years, and in the meanwhile is free to operate as it wishes. Even apple orchards that we think of as quintessential Cider With Rosie havens are sprayed multiple times by the end of the summer, the excess chemicals gushing into the rivers when it rains.

Abstraction is a killer too, sucking our rivers’ lifeblood in front of our very eyes. Feargal Sharkey has demonstrated famously that virtually all the water in the Lea comes from the outfall of Luton sewage works. The way we use water is lamentable. Domestic waste water from laundry and showering can be recycled to flush toilets, water the garden and clean cars, rather than taking water from the rivers to do these jobs. Porous drives and car parks would allow water back into the aquifer. Water butts would allow us to collect rain water for our gardens. And how come we use 142 litres of water a day, on average, when the Danes use half that? A bath takes 80 litres of water, and a power shower five litres of water a minute. Washing your car? There goes a further 250 litres. To save our rivers, we all need to think smart.

Sticking with Villains, the regulators are woeful. “The Environment Agency turned twenty five years old but our rivers won’t be celebrating,” said Nick Measham, chief executive of Salmon and Trout Conservation, in April this year. When it comes to prosecuting polluters, Guy Linley-Adams at S&TC has said “the system is broken. The watchdog has been chained, beaten and muzzled.”

Perhaps we are all to blame because we just don’t care enough. Didn’t a recent survey reveal more people worried about their internet connection than about their water supply? Perhaps we just don’t know enough? Perhaps Countryfile is to blame in the way it paints a banal picture of the countryside as a happy Nirvana where Beatrix Potter animals roam? How about those Westminster Greens like Carrie Johnson who have the PM’s ear, but spend all their energies fretting over beavers rather than basics?

In the last week or two, a high water mark has been reached. How many of you have watched Rivercide, a YouTube film made by George Monbiot? (See below) Watch it. It lasts an hour and crystallises everything you need to know about how our rivers are abused. It concerns the Wye and that iconic river’s destruction at the hands of completely unregulated chicken farmers, who operate rash-like over its catchment area. Put simply, the river is drowning in chicken shit, and just yesterday the Wye oozed its way North of Hereford as a stinking, green, phosphate-filled ditch.

Monbiot shows how chicken manure is spread on the land ankle-deep. We know this: Thomas Turner has witnessed it. Chicken shit carries five times the phosphate levels of sheep, and after rain this overdose of phosphate seeps into the soil where it builds up over time. And of course, from the land it ends up inevitably in the river, producing algae blooms that kill light and oxygen. The stones along the river bed are slime-ridden and the river runs a perpetual rusty brown or pea green. Ranunculus has all but vanished. Don’t even ask what has happened to the fish and invertebrates, but Wye guide Nathan Jubb has described the scenario like “watching someone you love die of cancer.”

Natural Resources Wales and, yet again, the Environment Agency should have been regulating this whole process, but predictably have shown themselves to be worse than useless. When asked by Monbiot, they confessed complete ignorance of the numbers of units and of chickens within them. The whole scandal has been revealed by the Citizen Scientists organisation and by members of groups like the Campaign For the Protection Of Rural Wales. Just five years ago, the Wye ran magnificent. Today it is a tragic disgrace. But perhaps the scale of this crime is what is needed to galvanise the lumbering nature of environmental policies in this country into some sort of action? TT has dealt with the Villains: the Wye Rivercide clarion call is bringing forth the Heroes.


Monbiot himself is the type of fang-toothed campaigner we must have and to whom we must listen. He has had a chequered past, but on the Wye and chicken shit he is on the money. Add in Feargal Sharkey, he of The Undertones and “A Good Heart.” What a revelation he has been. Bob Mortimer assures us at TT that he will use his podcasts to spread the word, and perhaps even mount a petition. Stephen Townley, a lawyer in the Wye valley, has striven with some success to curb the worst of the damage inflicted by unregulated canoeing. The Angling Trust’s Anglers Against Pollution campaign is bearing fruit, and has forced the EA to promise fifty new agricultural inspector jobs in the immediate future. Simon Cooper’s Fishing Breaks newsletters are a constant beacon of common sense and should be read by all. There are watchdog groups on rivers like the Wharfe doing great work, and the Wild Trout Trust is an inspiration in dark times. The Eden Project has promised to support the fight for the Wye, and the Wye & Usk Foundation is stepping up to the mark. In fact, Wye Warriors are emerging everywhere, and just need their energies to be harnessed.

Perhaps the fate of the Wye could prove to be the straw that at last breaks the back of regulatory indolence and inefficiency. Here at TT we are waiting to hear what you have to say, and what you think we should be doing together as informed, concerned anglers. We are a tackle institution but there there is no tackle without fishing and our back is firmly against this wheel. The time for change has now surely come.

The UK Atlantic Salmon Conservation Charities – Who is Doing What?
This website uses cookies to improve your experience. We'll assume you're ok with this, but you can opt-out if you wish.Accept Reject Read More
Cookies Policy