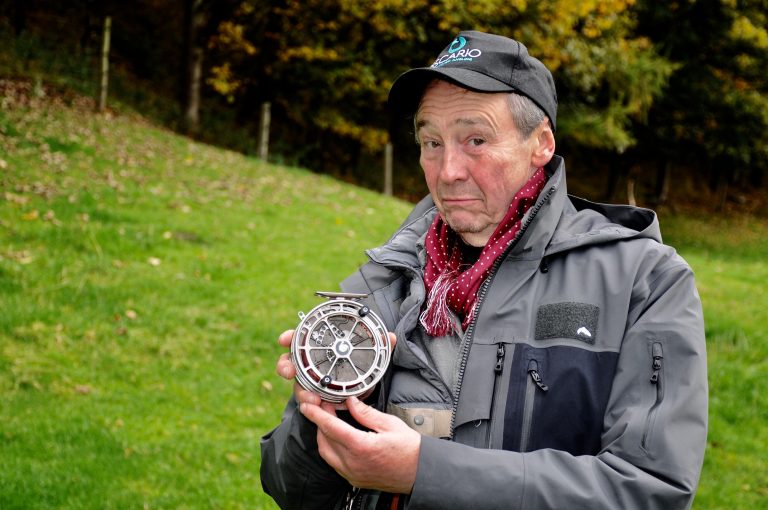 PW knows how to cheer me up!!!
John Bailey

Just the other day I talked about fishing for asp around Europe and the fringes of Asia even, and then as ever moved the conversation on to more weighty conservation issues. Perhaps you can be just too bloody serious. Great mate Paul Whitehouse tuned into the conversation, and the word “asp” struck a magical, humorous note with him.  He delved deep and came up with a priceless YouTube recording of “Not An Asp” made by Kenneth Williams in 1959. Paul reckons that Peter Cook wrote the script and is the interviewer on the record… Understandably, Williams was referring to the asp ‘snake’ rather than the asp ‘fish’ but we can forgive him that I think.

More good news. I very recently made contact again with Philip Parkinson, founder of Sportfish along with his then wife, Anne. I’m going back to the late 80s, I guess, when Philip and Anne ran the store out of a tiny room above a hairdressers (?) shop in Hay on Wye. With my usual entrepreneurial skills I rated their chances of success as nil. I was the man that told the head of maths (when I was a teacher) that I had no interest in learning computer skills because ”they’d never catch on”. I hadn’t calculated that the internet would change life as we know it, that Philip and Anne were hugely talented, and that bringing in new US gear would revolutionise game angling here in the UK.

Philip came with me on trips to both Mongolia and India, along with his son, Chris. In Mongolia, I ran the expeditions along with Czech friends, and Philip brought with him a zero weight fly kit which fascinated Radim, the Czech angler with us and a member of the country’s fly team, I believe. Philip was doing moderately well, catching Mongolian grayling every ten minutes or so, but was happy to let Radim have a turn. In fifty casts, without moving position, Radim had fifty grayling. We counted. It was amazing. Truly, the Czechs were arguably the best anglers I have ever fished with. At the time, I found it interesting Philip was bringing in gear from the US and Scandinavia, but in terms of flies, the Czechs were the best tiers of all, and their patterns could have had real impact here.

So thank you, Danny North at Winforton Sportfish, for giving me Philip’s email address, and the final piece of good news today is that Philip has been catching Wye salmon, up to a sparkling weight of 27 pounds. For once, I’m letting the river’s problems go, having a laugh with Kenneth, and rejoicing in an old friend reunited!