On offer were many great fishing trips at home and abroad as well as some quality fishing tackle. The most desirable item was a two day salmon fishing adventure on the Alta which, after a hard “battle”, was sold for NOK 170,000 to a British fisherman!

The Board members of Reddvillaksen.no give up their time freely (over 1,000 hours annually) to save wild salmon, and are very pleased and grateful to all donors and supporters who made such generous donations and bids. Without the contributions of these kindred spirits there would be no auction and salmon would indeed be in even greater peril.

Money raised will also help launch a new in-river conservation project where Reddvillaksen.no will work closely with NJFF (Norway’s Hunting and Fishing Association), to improve spawning conditions, nursery areas and living conditions in streams and small rivers. NJFF will organize and implement the projects based on local initiatives by their members and Reddvillaksen.no will contribute to the project’s funding.

Chairman Paul Klouman of Reddvillaksen.no began the evening by presenting the foundation’s new website www.reddvillaksen.no, which provides detailed information about the wild salmon and its challenges. Klouman also highlighted current issues before the auction started:

A call for clear double-labeling of farmed fish
Reddvillaksen.no, together with Norwegian Salmon Rivers initiated a broad cooperation with other organizations dedicated to wild salmon. The organizations have sent out a common requirement that all farmed fish must be double “labeled”, with both fat-fin cut and marked with origin. Escaped farmed fish are environmental hazards and it is vital that we can trace the source of this pollution to improve safe-guards at the offending fish-farms.

Stopping Norway netting Russia’s salmon
Klouman also informed us about the Norwegian scandal of sea salmon fishing with bend nets and other methods in Finnmark. Norway harvests Russian salmon in violation of international law. About 20% of the annual run (16 Tons) to Kola Rivers is caught by this fishery, for the spring run the share is even higher. This really must cease from next season. The same point was emphasized by Orri Vigfusson, the founder of the North Atlantic Salmon Fund.

A cry to move toward closed containment fish farms
Erik Sterud, Chief Advisor to the Norwegian Salmon Rivers Association, emphasized the need for the fish farming industry to move toward closed containment fish-farming methods which are seeing increasing commercial use in Canada. Apparently, production costs for closed-containment farming are competitive against traditional net pens. If we add the fact that sea cage fish farms should pay for the costs of polluting the coastal waters with biological waste, sea lice, virus and genetic challenges this must be the future solution of fish farming.

The 2011 Auction was a great success and thank you once again to everyone for their contributions and donations. 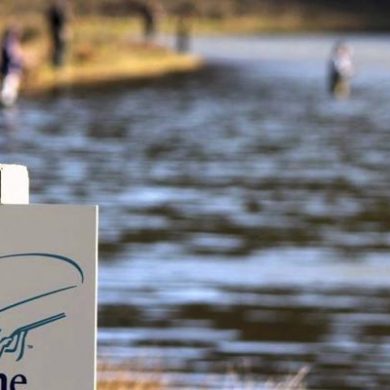