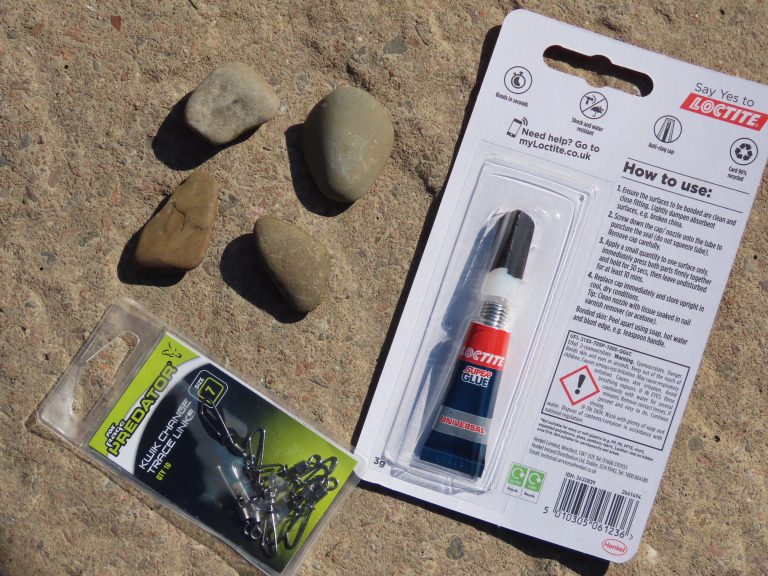 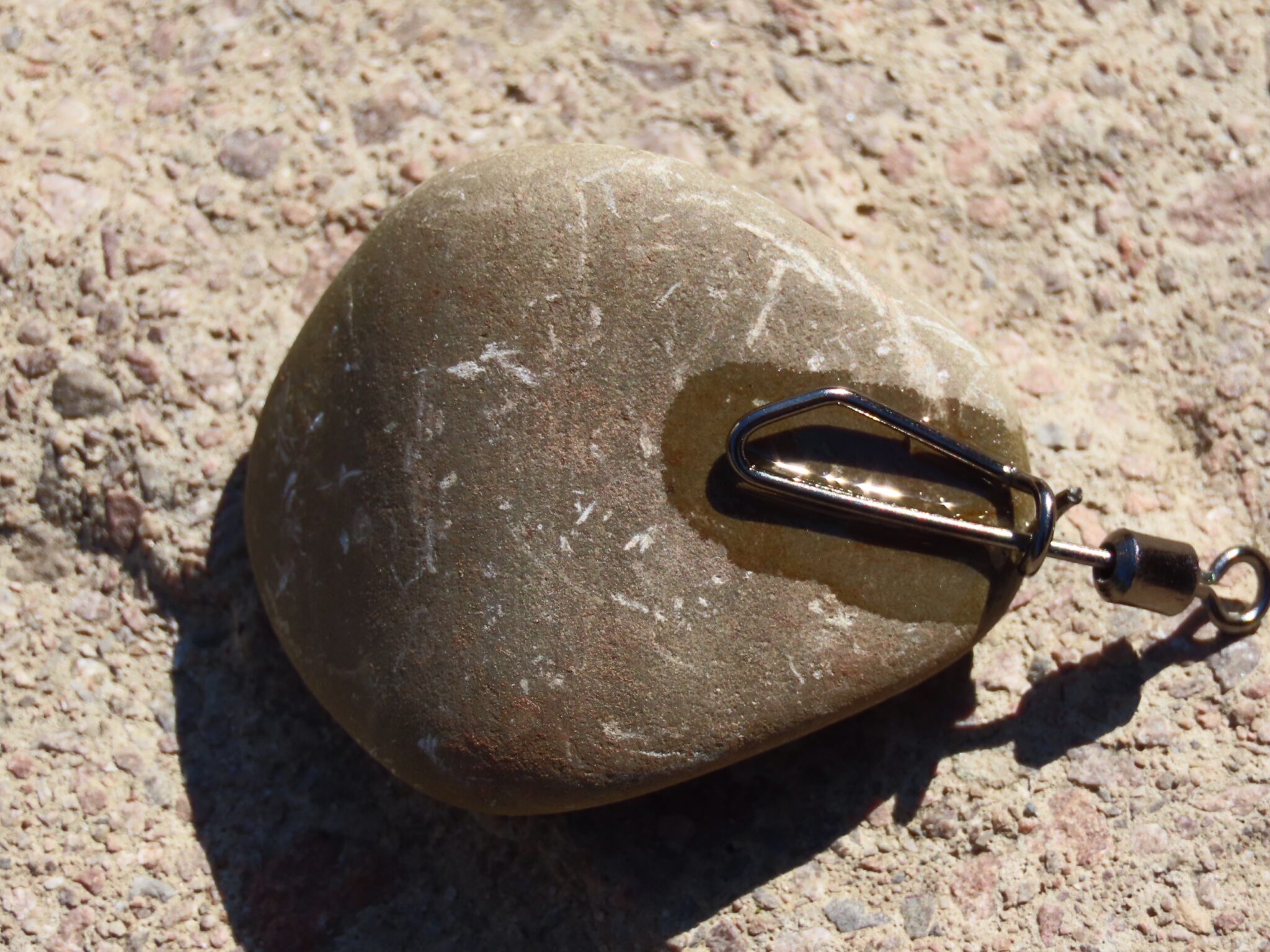 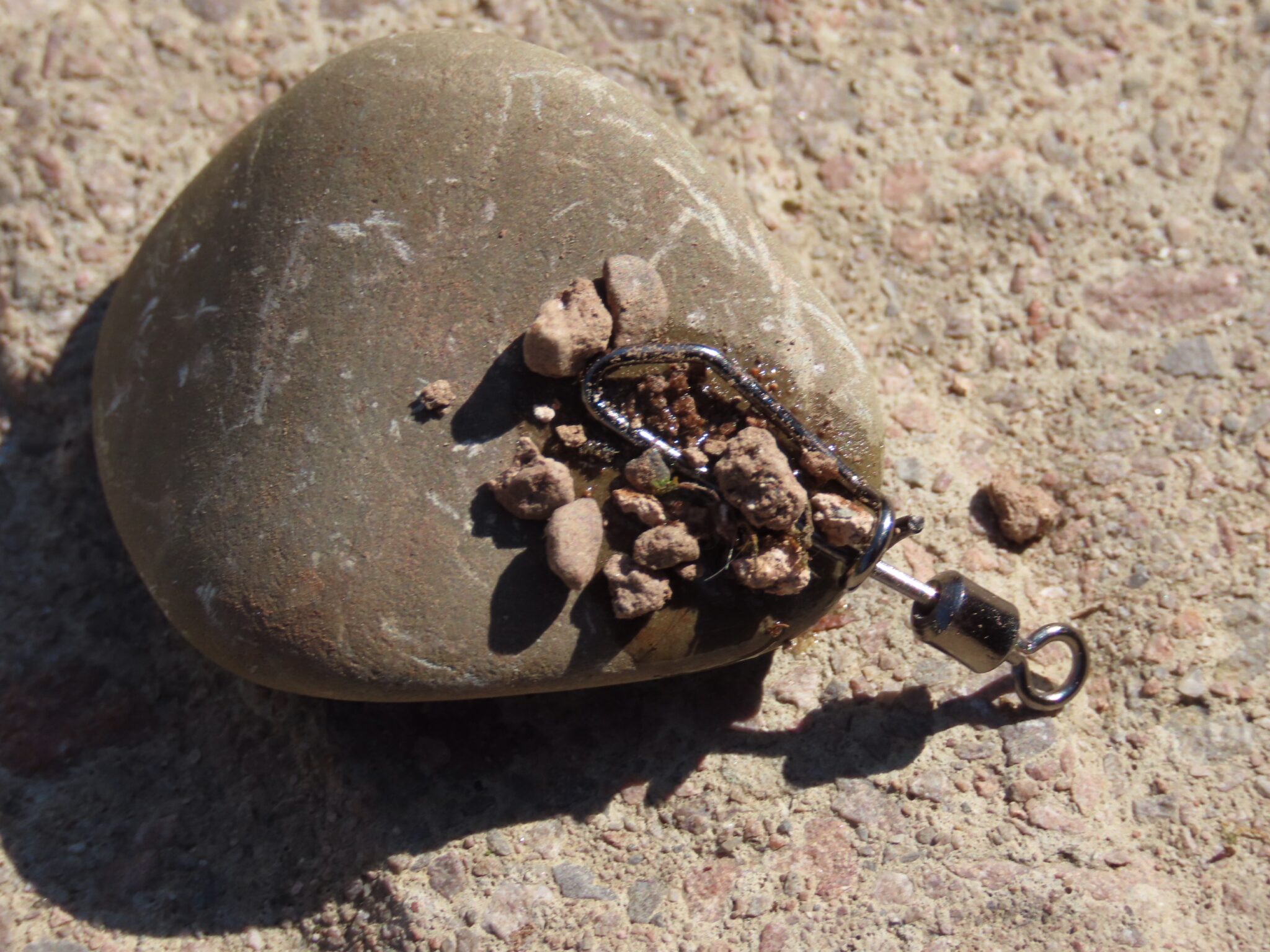 The photos say it all really. How to create a weight for river barbel and chub (and stillwater fish come to that) from nothing but snap links, glue, and the stones from the river bed or bank.

First, I have written about this before, but a good while ago so it bears repeating now. Second, it was the great Rob Olsen’s idea initially, way back in the mid-Nineties, but I and others like Phil Humm worked on adaptations.

The actual mechanics are hugely simple. You superglue the link to a flat side of a stone, and when it is dry and fixed, you can attach the line through the swivel in the same way as you would a feeder or lead. The advantages are enormous… 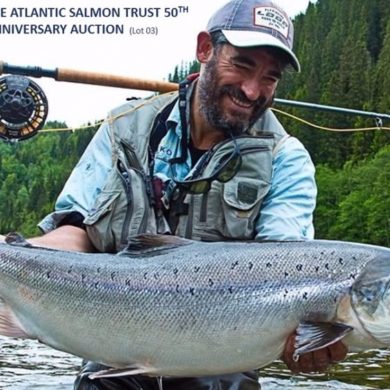