The team spotted the hungry predator a long way off, which allowed Hendrick time to get correctly positioned in order to have a long cast, which the GT couldn’t resist. Later in the week Hendrick went on to catch both a Yellow-Margin and a Giant triggerfish in the morning and later that day went on to land a milkfish.  No only did Henrick land a milkfish, triggerfish combination but so did his fishing partner Steve. Their stars almost aligned once again when both anglers hooked and lost big Permit on the final day. There were numerous milkfish hooked, fought and lost during the week, but for Mike it was to be success as he landed his third Milkie  for the week in the final session, earning himself the title of “Milkfish Mike”.  The week was as always full on stories about tailing bones, some anglers had casts at big tailing fish for hours at a time.  An angler who’s name we won’t mention had his rod yanked from his hand while setting the hook.

Joern and Maria, having never tried blue water fly fishing before decided to do a morning to see what it’s all about.  After leaving the Alphonse island mooring the actions was almost instant with the deckhands getting all the needed “belly shine” for a successful teasing session. Early in the session, Joern hooking a massive barracuda which got off on the jump, a little while later Maria put her skills to practice as she hooked the first sailfish she had ever cast at. In an attempt to throw the big white and pink popper the fish preceded to make 13 jumps and fought for 25 minutes before being landed. That afternoon the team climbed on a skiff and went onto the flats of St. Francois in pursuit of a bonefish to attempt the “Bills & Bones” slam. True to form Maria caught a bonefish on her first cast, which earned her the first ever Alphonse Island ladies “Bills & Bones” achievement.

Best regards from the Alphonse team! 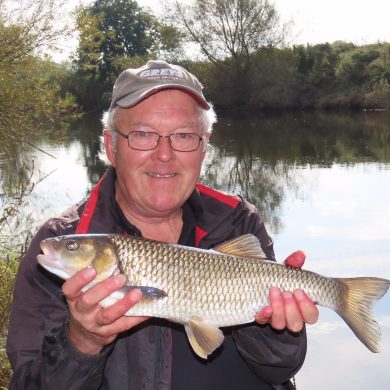