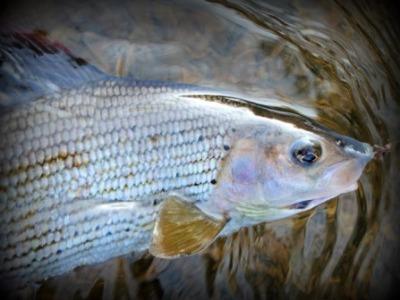 Fishing on the Frontier – Part 42: First Steps Towards Better Presentation

Top fly fishing guide and instructor Jeremy Lucas continues his series on presentation this month. “I am writing this Frontier contribution to try to help those many anglers who are baffled by what is going on in a ‘Euro-led’ movement towards a better presentation of the fly, particularly on rivers.”

I have been delighted by so much positive response to what I have been writing about presentation leader-to-hand technique, here and elsewhere.  There have, however, been comments, or even doubts expressed by some river fishermen about the efficacy or value of this approach.  Some have suggested that it is not new and I agree completely; it is not.  It is merely an extension of everything in the single-handed fly rod sport that has gone before.  There has even been the accusation of trying to re-invent the sport, which is ludicrous.  All of us should be much too humbled by the wonders of most aspects of fly fishing, and the limitations of our own skills, to assume that we could alone come up with anything genuinely novel.  Anyone’s efforts in this vein must be attributed to the history of development and the current consensus.  To think otherwise is ignorant.  All I am really trying to do is explore the possibilities with improved presentation, on river and still water, as far as I can, together with some hugely competent fly fishers on European rivers.  It is a personal journey, though shared by many; there are certainly many other journeys.

What one discovers, once escaped from the trappings of so much convention, is startling, because it has revealed so many instances when the end result, the presentation, has far exceeded expectations.  It has come to the stage now that I am seriously beginning to gain experience with still water applications and to explore those areas where we had thought that this ‘extended’ approach might not be so useful, such as the small, overgrown stream.  But I should, in fairness to all those who hold the beauty of conventional fly line close to their sporting hearts, be more cautious.  I do not want to claim that the leader-to-hand is new, still less a panacea, or even that it is applicable to all situations, even on the river.  It is none of these things.  It is simply unusable for streamer fishing, for example, and also in those many situations when roll or Spey casting is required.  On the one hand it pushes the boundaries of what is possible, but it presents us with new problems, other boundaries, and tests our skills to the limit; which is exactly how it should be with all sport.  Otherwise, how should we move on?

It has been the casting of presentation leader-to-hand rigs that has caused the greatest alarm.  This is, without a doubt, the crucial issue that is generally misunderstood.  I am convinced that the reason for this is that fishermen dabbling in this area are using inappropriately designed ‘French leaders’.  These were designed to present nymphs, often weighted nymphs, at close range (<10m).  As soon as one tries to cast a low mass fly, like a dry fly, on such a leader, even on a low line rated rod, one realises the futility of the exercise.

It is a momentum problem.  We cast a conventional line by putting momentum into the fly line, loaded against the spring of the rod.  Momentum is the product of mass and speed (actually velocity).  In a fly line we have significant mass, so the line speed does not have to be very high.  With a French leader, the mass is negligible so the speed must be very high indeed, and realistically demands too much of the caster.  This is why I designed a (slightly) higher mass leader, with better distribution of mass along its length, such that the casting speed would not have to be so high.  It works pretty well, though I am sure that there is scope for improvement.  Between the stop points it is essential that the casting stroke is faster than when using conventional fly line.  One gets used to this remarkably quickly, believe me, such that after a while we rarely miss the use of fly line.  One essential, however, is a rod specification no higher than AFTMA #3.  In fact, ideally the rod should be between 9′ and 11′, rated for a #2 or #3.  I have used most if not all the commercially available rods in this category and place the following right at the top of the current marketplace.  Greys XF2 Streamflex range (with the 11′ #3 being peerless); Hanak Competition Czech Nymph IV 10′ #3; Hends 2 in 1 (9′ – 10′; #2-#3).

I would recommend that one starts by nymph fishing, as most of us are currently doing anyway for the winter grayling, and getting used to not using fly line.  The casting with nymph(s) is based on a constant tension cast, which with a single casting stroke can place downstream hanging nymphs back upstream between 130° and 180°.  It is a supremely efficient cast and relies on the drag of the nymphs and sunk tippet through the water.  A straightforward Czech-style lob of the flies is perfectly suitable for close range fishing, if rather inelegant.  Don’t try roll casting, because there is insufficient drag from a leader to achieve this.  The breakthrough comes, however, when we start to cast a dry fly.  Because of the negligible mass of a dry fly we have to make the leader do the work for us.  This is when we find that a properly constructed leader on a #2 or #3 weighted rod can perform so incredibly well, allowing accurate presentation beyond where we have any control when using fly line, beyond 10 metres.  Once this step has been taken, and the realisation sets in, one is astonished by the presentation and control we have at this comparatively long range on the river.