The results of the new research provide a basis for reassessing the impact that escapees from fish farms have on the wild salmon in Norwegian rivers.

Escapees are considered as one of the most serious environmental problems in the fish farming industry, and since the Atlantic salmon farming industry was established in the early 1970s, there has been a long-standing debate about farmed escapees and their genetic impacts on native populations.

“Methodological limitations have created insecurity on how big the problem is. However, we have now developed a stronger tool that can measure the percentage of farmed fish that has interbred,” says Kevin Glover, senior scientist at Institute of Marine Research in Norway (IMR).

To reach this answer, the scientists have investigated 20 rivers along the Norwegian coast. These rivers have been studied before and genetic changes in the native populations were discovered then. Introgression from escaped farmed fish were looked upon as the most probable cause at that time. However, now the scientists can confirm that farmed escapees are the reason.

This new knowledge generates a far better basis for measuring genetic changes taking place over generations because of farmed escapees and the method will become a useful tool for the managers.

“The new results show significant changes in five of the 20 native populations we have studied. We found the highest level of changes in Loneelva, Vosso and Opo, where the introgression rates vary from 31 to 47 per cent,” said Glover.

The models that have been used to quantify the introgression have so far revealed higher genetic impact on native populations than the empirical estimates from this study. Despite the fact that strong introgression has been observed in some of the rivers, the results show that in Norway we still have numerous populations of wild salmon that show low or moderate signs of change.

Former studies of spawning behaviour and survival of juveniles show that farmed salmon often looses in the competition with wild salmon in nature. The result is that the introgression is lower than expected from observations of the number of escapees in the rivers.

“We observe lower interbreeding in rivers with big, robust stocks of wild salmon than in rivers with less wild fish. Probably, the farmed fish looses the battle on the spawning grounds when there are large numbers wild fish present, while they have more success in rivers with low numbers of wild fish,” says Glover.

A new genetic and statistical method developed by Norwegian scientists have generated these results. The method requires access to both new samples and old control samples from the same populations.

“For the first time in the international scientific world, someone has been able to establish a method where it is possible to quantify the genetic changes that happens over time and caused by introgression of farmed salmon,” says Glover.

The new method makes it possible to decide the extent of introgression by escaped farmed salmon. The next step is to develop methods to quantify the biological consequences of different levels of such introgression.

“Several national and international projects are working on this topic. However, it’s a time demanding work, which means that it might take years before we can see the results,” Glover underlines. 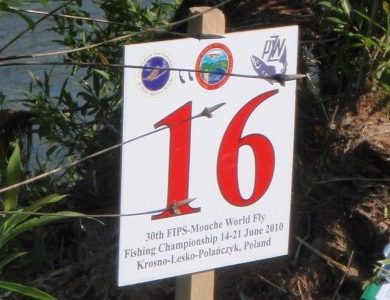