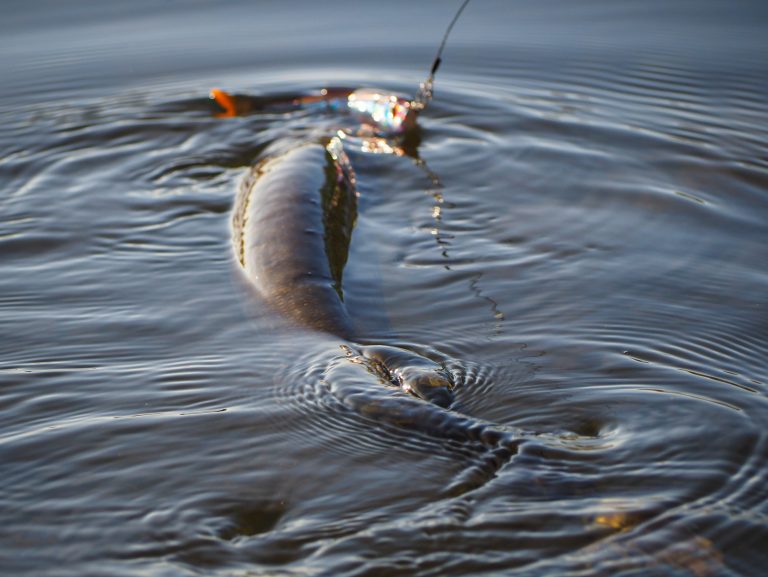 From Pike to Perch

Another busy week began with preparing boat and tackle for some hard graft fishing. Rob, Sam (the twins), and their mum (Mary Ann) were due to visit for their annual holiday. This time I booked time off to join them. We planned on using two boats to tackle three Broadland river systems in search of pike and, of course, perch. Changeable weather would make the fishing challenging, but with any luck we would achieve our targets and learn more about venues I rarely get the chance to fish. The mornings and evenings would be spent in search of perch, while afternoons would be spent casting big lures for pike.

We encountered rain, wind, sunshine, high air pressure, and lows. Good, bad and changeable conditions made the fishing challenging. However, through graft and perseverance we ended the trip with around 50 pike to mid-doubles. The larger fish followed, but proved difficult this time round, with the water being incredibly clear. The perch, however, stole the show. Although we only fished short sessions for them around prime feeding times, we finished the holiday with numerous twos from a variety of venues. Too much to cover in one blog, so I’ve chosen the highlights, best captures and tactics to cover this week.

Session one, and Sam was my boat partner for the day. It was a clear dawn with the morning sun clearing the clouds. A bright cheerful day with the odd patch of light rain forecast. We decided to stop off at a couple of perch spots before dedicating the day to targeting pike. The morning looked promising, and I knew we had a shot at some quality perch. It was a fair motor down to the area I planned on targeting, but with conditions like this the time passes by quickly.

We dropped into the first spot and I instructed Sam on the area we would target first. I had yet to rig my rod so Sam started early, casting a Z-Man Fluke into the swim. A few bounces of the lure later and he was in. A strong fish had taken the lure, kiting around the front of the boat. Sam dialled back the drag, knowing it was a good fish, when suddenly everything went slack. The mystery fish had shaken the hook. Whether it was a pike or perch remained unknown, but after another 15 uneventful minutes in the swim and a snagged lure we moved on to the final spot.

The next spot would be a gamble so we decided to fish opposites. Sam chose a bright Savage Gear prototype shad, while I fished an SG creature bait. A cast later and he was in. A solid fish made a quick run around the boat. But at the ready, lunging with the net, I landed his prize. Sam quickly cast again, hooking another within seconds. I changed to a similar lure, hooking up too. While Sam netted his prize, mine shook the hook. A bittersweet start to the day, with both of us losing fish. Thankfully, I redeemed myself that evening.

Session two and Mum’s the word. Mary Ann jumped aboard my boat for this session. Fairly new to lure fishing and keen to use all styles, the challenge for the morning was a PB perch. We stopped off at an area that usually holds a couple of nomadic fish. A resting spot. A solid snag pile where only the most weedless lures work. I suggest she try dropshotting with lobworm around the snag pile, while I remained at the ready for the inevitable battle.

It wasn’t long before we saw the first fish of the day around a pound and a half. A few minutes on from that, and she was in again. This time to a much better fish which fought hard in an attempt to reach the snags. A new PB by an ounce, and I was treated to a great dinner that evening, earning an extra helping.

An evening fish. During the run back from a tough day’s pike fishing, we decided to drop by one of the snag piles. I expected a fish or two to be holding tight to the feature in bright conditions. So I decided to rig up with a new Savage Reaction Cray on a cheb head and fish in the snags. I cast into the feature and slowly worked my lure back, feeling the lure and line bouncing off the timber, snagging a couple of times, but quickly freeing the lure with a ping of the braid. I felt a few taps in the process, briefly connecting with a fish.

Once again, I repeated the process. Suddenly, I felt a thump as a fish inhaled my lure. Setting the hook I felt the tell-tale head shakes of a decent perch. The rod hunched over on tight drag as I pulled the fish away from the snags. A short, powerful fight followed as the fish dived back to the cover. I wasn’t giving an inch, and soon netted my prize. A beautiful perch. 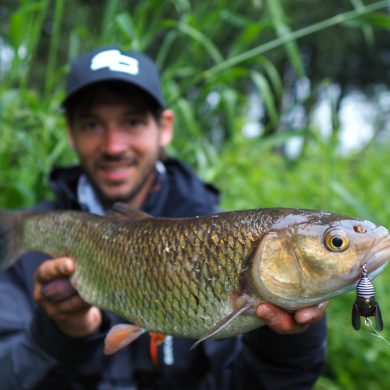