One Night in Bangkok – Fishing in Thailand

It’s the 21st Century and people today travel a lot further than ever before. Fifty years ago Alan Whicker’s TV programmes took us to distant lands which seemed like impossible dreams to the average man whereas today, he visits them either on business trips or on holidays as a matter of course. If he’s an angler he’ll often take a travel rod with him. I have just returned from 10 days in Thailand visiting my daughter who, like tens of thousands of others, is on a round-the-world backpacking tour. She’s travelling on a shoestring and is presently hanging out on a paradise island in the Gulf of Siam. Flights cost a fraction of what they once did and it is now as affordable to visit Thailand as it is to visit a Mediterranean resort – so I went to see her for her birthday. En route I decided to have a night in Bangkok and a day’s fishing with my old mate Rick Humphrey’s operation,  and perhaps, if it was any good, I’d have another day on the way back!

I first met Rick Humphreys twenty years ago when he was a young carp angler on my local lake. I would stop and have a chat with him whilst dog-walking and he would try not to answer me in case one of his mates saw him doing something that uncool and yet somehow we connected. I remember telling him about my hippy days, travelling in SE Asia with a guitar and a fishing rod and he showed more interest than most. Fifteen years later I was interested to learn that same carp-mad kid had turned into the man behind the highly successful www.fishsiam.com company which had featured in all those giant freshwater stingray photos all over the internet and on top TV angling shows such as River Monsters and on the National Geographic channel etc. Rick and I naturally got reacquainted and he insisted that I sampled the fishing in Bangkok on my next Thailand trip.

My plane landed at 7am and I’d expected to be shattered after a 15 hour flight and need of a kip but I was surprisingly pretty fresh when Rick’s Thai partner ‘Mr Boi’ called later that morning and offered to take me fishing right then, that day, right now… I really couldn’t refuse – what a clever move! Mr Boi (call me Boy, or Bad Boy) is a right character. I had expected communication problems but his English was about 10,000 times better than my Thai and we got along famously, chatting about the fishing he had planned for me. I wasn’t too interested in the famous Giant Freshwater Stingrays as I’ve got a bit of a delicate back and there was probably no way I’d be able to pump one of those things up from the deep but the fly-fishing possibilities really grabbed me and Boy told me he’d booked us in for the following day at a catch-and release fishery where I would have a chance at several new species and I was really looking forward to that. But for today, he said, there was somewhere I really ought to experience and twenty minutes later we disembarked from a taxi and entered a different world. Mr Spock would say something like “It’s a commercial fishery Jim, but not as we know it” and he would be right.

A lake of perhaps 12 acres, mostly over 30ft deep and with more huge fish than you can shake a stick at. Warning signs in several languages advised against using less than 30lb class tackle and line and I was soon to discover why.

Long story short, as our cousins in the US say:

In the course of the next few hours I was introduced to perhaps the most powerful fish I have ever experienced in freshwater – the Mekong Catfish. This unusual looking fish looks like it has it’s eyes on upside down but it’s a beast which competes with both the Pacific White Sturgeon and even the Cobia in dogged resistance and determination; when these fish run off in 30ft of water it’s like hooking a train and they are totally unstoppable! They are just so powerful it’s hard to explain but it felt as if even a 20lb fish (and these were mostly near-on double that weight) attached to a 7ft Ugly Stick stand-up boat rod and 45lb line would tear a muscle in my arm. After landing four of these brutes my arm really was bruised and aching and I seriously had to stop in case I would be unable to cast a fly the next day. What an adventure though!

I had an early night, a good sleep and was fresh as a daisy when Boy picked me up in the taxi the following morning. Twenty minutes later we were at the Pilot Lakes: a complex of lakes with a dozen or so turned over for angling purposes and named for their owner. I’ll let you guess what he does for a living… With trimmed-back bankside vegetation they are perfect venues for casting a fly and as with many of our own put n’take rainbow trout stillwaters each of the lakes was stocked with mainly one species. So if you want to catch Barramundi fish the Barra Lake – and we did but not before we had first caught Featherbacks and Pacu in their respective lakes.

I also tried for a Redtail Catfish and a Giant Snakehead but couldn’t connect with either. The fishing here is undoubtedly easier than in many of our waters here in the UK but it’s still fishing; skill, effort and, yes luck, is still required and when time is short not everything can be squeezed in. Equipped with 6 weight rods and floating lines we each fished a streamer fly in the margin areas to the Barramundi; Boy took about six whilst I had to make do with a brace. I had caught Barramundi before in Australia and knew they gave a good account of themselves. The Thai barra we caught in this lake were stockie fish to 4lb but there were largewr ones in there too – up to 15lb at least but I had spent so much time chasing Pacu in one of the other lakes that we had no time left to spare to chase the bigger ones. Sadly I also had a plane to catch so we had to knock off early but it had been a fascinating day chasing some species previously unknown to me and it was a great experience.

If you find yourself heading that way, perhaps on a business trip to the Far East or to a holiday beach resort with the family you really ought to break your journey with a night in Bangkok and experience some of the unusual fly-fishing Thailand has to offer. Next time I get out there I want to experience some of the other fly-fishing this part of the world has to offer and which my guide told me about. For saltwater guys new bone-fishing venues and even milkfish are on the cards. For wild river fish the kayak fly fishing for Jungle Perch sounded particularly enticing but then so did the river wading for mahseer! I’m reliably informed that Arapaima are far more available here where the Thais breed them than they are in their native Amazon and I leave you with a photo of one taken on a three weight outfit. I was told it took 40 mins to subdue and it came from a lake only 40 mins from Bangkok airport. Who wouldn’t fancy some of that! Mouthwatering!

A very special thanks to both Rick Humphreys and Bad Boy at www.fishsiam.com for supplying all of the tackle and expertise needed to ensure a fascinating and highly rewarding trip. I cannot recommend a fishing trip to Bangkok highly enough; I had expected it to be good but it exceeded my expectations by a very large margin – just do it. 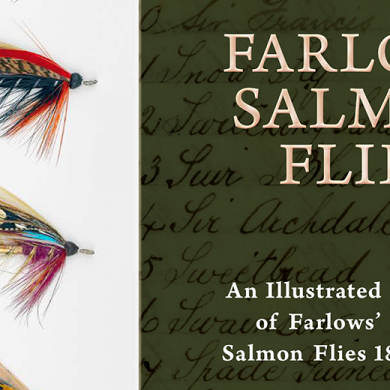